Fatah posters Â are celebrating the “martyrdom” of the “hero” who shot Yehuda Glick. The Elder has more: 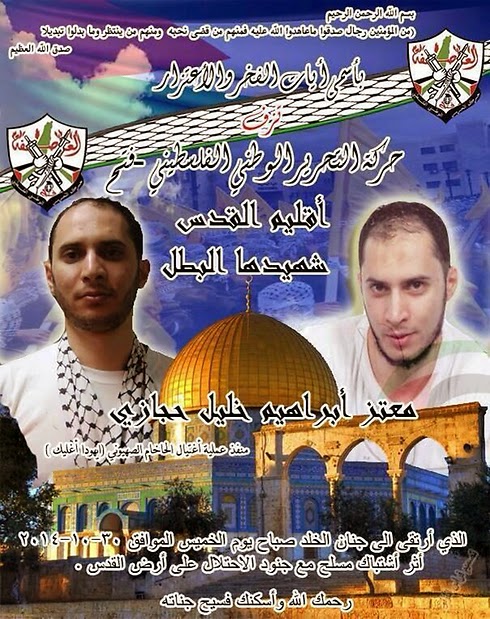 It is very clear that the terrorist is considered as if he was doing exactly what Fatah leaders and PA presidentÂ Mahmoud Abbas instructed his peopleÂ on October 17, when he said that Palestinians must “defend” Al Aqsa “by all means.”

“Of the believers are men true to their covenant with Allah; Some died and some of them waiting for the same path.”
We proudly mourn hero martyr. Shahid in Jerusalem son of Palestine.Â And the son of FatahMoataz Ibrahim Hijazi

(As usual, the posters don’t depict the Al Aqsa Mosque but the Dome of the Rock. Most Muslims do not know the difference, which is strange if it is the “third holiest spot in Islam.”) 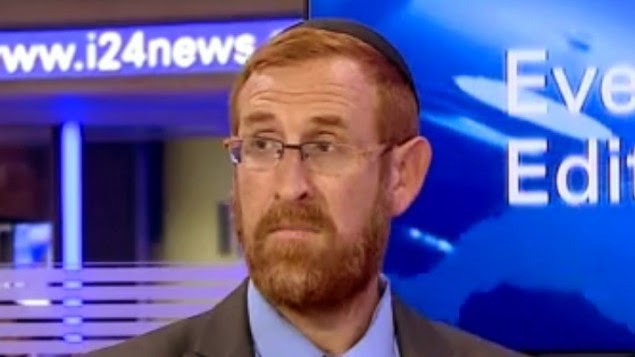 Rabbi Yehuda Glick, spokesman for the Joint Committee of Temple Organizations – is in serious condition after being shot in front of the capital’s Menachem Begin Heritage Center Wednesday night.

According to police, the shooting took place at approximately 10:30 p.m. outside the memorial center, located near the Old City, by a suspect riding a motor bike who fled the scene.

Glick, who has a long history of advocating for Jewish prayer rights at the Temple Mount, spoke Wednesday evening at the Begin Center alongside MKs Eliyahu Ben-Dahan, Moshe Feiglin and Miri Regev at an event titled “Israel Returns to the Temple Mount.”

Glick had finished a speech at a conference at the Begin Center, entitled “Israel returns to the Temple Mount.” Eyewitnesses said that after the event a man with an Arabic accent approached Glick and asked him for his identity. The man then shot the victim, got on the motorcycle and fled.

Glick was taken to Jerusalem’s Shaare Zedek Medical Center in serious condition. After undergoing surgery, a hospital official said Glick was in serious but condition and his life remained in danger

Rabbi Glick often tours the Temple Mount, and Arabic media hate him more than anyone since Ariel Sharon. Â People who read only the English-language media have no idea how much he is loathed, because he asserts Jewish rights to their holiest spot – and Muslims want to deny Jews that right. This desire is more important to them than land or peace. The hysterical Muslim reactions to Jews visiting, and occasionally praying, on the Temple Mount is not logical – it is based purely on hatred of Jews. This basic fact is ignored by the media because it just doesn’t sound good. But especially if you read the Arabic media, this is clear.

Less than two weeks ago, “Palestinian leader Mahmud Abbas on Friday called on his people to prevent Israeli settlers from entering Jerusalem’s flashpoint Al-Aqsa mosque and use ‘all means’ to protect the site.” The progressive community scoffed at Israelis who claimed that this was incitement to violence.

As usual, the Israelis were right. Abbas literally called on his people to do what was done tonight.