“Jews poisoned the wells and attacked the prophets.”Â

let us hear no more of the Northern Ireland fairy tale. 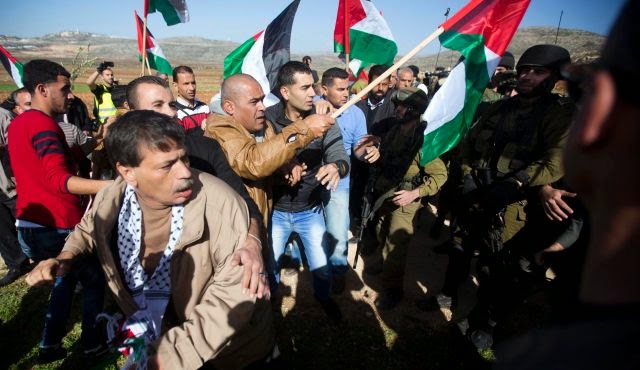 An autopsy attended by ‘Palestinian,’ Jordanian and Israeli doctors has confirmed that terrorist Zeid Abu EinÂ died of a heart attackÂ which began at a violent demonstration on Wednesday.

But the ‘Palestinians’ will blame Israel anyway, and this will be another excuse for incitement to violence anyway.

Hate preacher: Tejma would approach fathers at Friday prayers and tell them it was their duty to provide wives for fighters in Iraq and Syria, it is claimed

An alleged Islamic hate preacher has been arrested over claims he is the terror mastermind who recruited the two Austrian jihad ‘poster girls’ and more than 160 others who joined ISIS. Samra Kesinovic, 17, and Sabina Selimovic, 16, became radicalised through the cell led by unemployed benefits claimant Ebu Tejma, 33, who lived with his pregnant wife and five children in a council flat in Vienna, Austria.

Beautiful. Their mothers will be proud of them:

Australians going to fight with extremist groups in the Middle East are dying as fast as they are arriving, meaning that the total number of fighters has remained stable at about 70, security agency ASIO has revealed.Â … Â More on the unfortunate followers of the false prophet atÂ Sydney Moonbat HeraldÂ thanks to Mullah, pbuh