Destruction, my friends, is all Mohammedans have ever done, from the day Muhammad sat out to murder Jews and distribute the spoils among his henchmen.

Nasty Little Qatar, Egypt, And Those Pyramids From The Time Of Jahiliyya:

“(The destruction of) monuments is a duty by Sharia (Islamic) law, as many texts have stipulated … Texts on this issue are many and well-known but (implementing) them is restrained to one’s ability… And so, if it’s not possible to destroy the pyramids and the Sphinx as a result of the presence of an authority preventing that, Muslims would not be committing a sin.”

Armed with sledgehammers, chisels and a video camera, ISIS militants took their propaganda campaign to Mosul museum last month, destroying statues and artifacts, dating back to the ancient Assyrian and Akkadian empires, and posting the results online and in slow motion.

The terror group’s impetuous destruction of statues and artefacts in Iraq’s second city, which it has controlled since its march across the Sunni-majority northern regions of Iraq last summer, has caused dismay within the archaeological community.

The ancient theatre at Sabratha, one of the sites under threat from ISIS militants. DUIMDOG

A fatwa from a Qatari-owned online portal has been widely circulated by Egyptian press this week after it called for the destruction of pharanoic monuments on the grounds that they are contrary to Islam.

The religious edict, issued by Islam Web, was picked up by several independent Egyptian news outlets, such as Youm 7 and al-Fagr. It suggested the destruction of the historic monuments were a “religious duty” that Egyptians must fulfill.

But Egyptian newspapers carrying the story failed to notice the fatwa was first issued in December 2012. It has nevertheless sparked prime-time talk show discussions in Egypt. 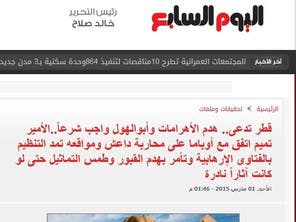 The fatwa, which had been issued in response to a user’s question to the Islam Web’s administrator, had stated: “The demolition of the pyramids and the sphinx is a religious duty,” before referring to the monuments as “idols.” 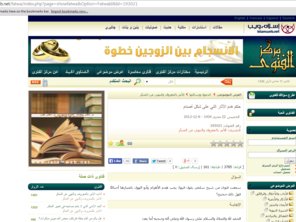 It added: “(The destruction of) monuments is a duty by Sharia (Islamic) law, as many texts have stipulated … Texts on this issue are many and well-known but (implementing) them is restrained to one’s ability… And so, if it’s not possible to destroy the pyramids and the Sphinx as a result of the presence of an authority preventing that, Muslims would not be committing a sin.” 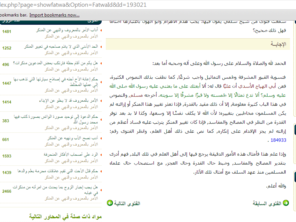 In 2012, Egyptian scholars denounced any fatwa calling for the destruction of pharanoic monuments.

Islam Web is affiliated to the Qatari ministry of endowments, with Doha’s government website advising users seeking online fatwas to “enter the official website of Fatwa Center on Islam Web.” 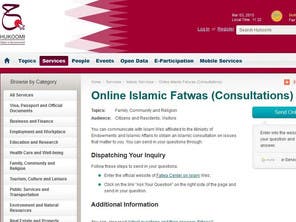 The portal has previously been under the radar following a fatwa issued in 2006 permitting the burning of people to death. The edict was titled: “The Burning of Ias bin Abdul Yalil by Abu Bakr” which visited a historic case study to conclude that burning people as a form of punishment is permissible.

But last month, the fatwa was reportedly removed from the site and retracted hours after ISIS burned Jordanian pilot Moaz al-Kasasbeh alive.

Islam Web has also attracted controversy for issuing a fatwa that legitimizes insulting Christianity, which was also widely reported on.

Relations between Qatar and Egypt have been tense since the 2013 ouster of former Islamist President Mohammad Mursi, who hails from the Doha-backed Muslim Brotherhood.

Allah Knows Best: Why Muslims Should Destroy Statues And Other Objects Of Possible Worship

In Islam, everything associated with the pre-Islamic period of existence is derided as belonging to the Time of Ignorance, or Jahilliyah. Such things are of no value, to the True Believer (and it is the True Believer who has alwaysto be kept in mind, and not the person who, born into Islam, somehow  manages, in certain circumstances, to avoid the faith’s full monty).

But special hatred is reserved for those things that potentially encourage worship, or are associated with other faiths, the faiths of the Kuffar, and among those things, statues are high on the list. The destruction of the statues in the museum in Mosul, the razing of the vast structures, with their Assyrian statues in stone, at Hatra — all this is not a perversion of Islam, but Islam itself. Will any of the world’s Muslims, out of shame and sorrow, dare to admit this? Will they go on to describe the destruction, over 1400 years, of so many Hindu, Jain, and Buddhist temples, temple complexes, statues in India and extra-Gangem too? Will they discuss the destruction of churches, frescoes, statutes all over what was once Byzantium — and point to Ravenna, safe from Muslim depredations, as an example of what was once to be found all over what is now Turkey and can now be found only in a few places, and badly damaged, as at Hagia Sophia? Will they explain why what the Taliban — Uber-Sunnis — did a decade ago to the Bamiyan Buddhas did not violate, but upheld, the strictures of Islam? Will they mention, admit to, what happened, to every one of the 38 synagogues in the Old City of Jerusalem, when it was under Jordanian control, from 1948 to 1967?

Years ago, Sita Ram Goel published a two-volume work, merely listing, one by one, the Hindu temples and temple complexes that Muslims had destroyed in India. It makes a deep impression. How many volumes would  be necessary merely to list all of the deliberate destruction, in every land where Islam arrived, of the artistic monuments, the “heritage of mankind,” because of some crazy hadith that were concocted, in the eariest days of islam, to strengthen the fanatical faith of Believers, and to distinguish them from the superior civilizations they were conquering, and were taught to despise?

4 thoughts on ““The Destruction of Monuments is a Duty””