“Get Ready for Erdogan’s Caliphate”

Sorry, but I will never be ready for that. (Scaramouche) 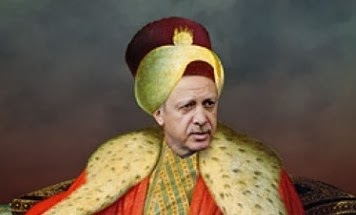 Caliph Artie? What a revoltin’ development that would be.

“I consider it part of my responsibility as President of the United States to fight against negative stereotypes of Islam wherever they appear.”– Hussein Obama, Muslim POTUS

WASHINGTON – Saudi Arabia’s Grand Mufti, Sheikh Abdulaziz Al al-Sheikh, the kingdom’s top religious authority in the ultra-conservative Wahhabi school of Sunni Islam, has ruled it’s acceptable for men to marry girls so young the West would deem it nothing short of pedophilia and rape.

Nathan Lean is full of shiite. Nathan Lean is a self-described “American scholar and writer, who has investigated Islamophobia extensively”  — that’s just humbug. The creep is a convert to Islam and on the Saudi payroll. (BCF)