Muslims gather in around the globe to show their support to Palestine and call for putting an end to Jerusalem occupation.

People, who hit the streets this day in different parts of the Muslim world, do so to demonstrate their support to Palestine and call for putting an end to Jerusalem occupation.  —World Bulletin / News Desk

From AFP via EoZ
.
Tens of thousands marched in Tehran Friday in annual Quds (Jerusalem) Day demonstrations in support of Palestinians, but Saudi Arabia this year joined arch-foe Israel as the target of protesters.

President Hassan Rouhani attended but did not speak at the main rally in Tehran, which coincided with seemingly deadlocked nuclear talks between Iran and world powers led by the United States.

While Iran does not recognise Israel’s existence, and supports Palestinian militant groups that fight it, Saudi Arabia’s bombing campaign in Yemen drew anger.

The crowd in Tehran chanted “Down with US, Israel and the House of Saud,” and carried placards that declared “Zionist soldiers kill Muslims” and “the Saudi family will fall”.
Here are some photos of the festivities, including this nice antisemitic one: 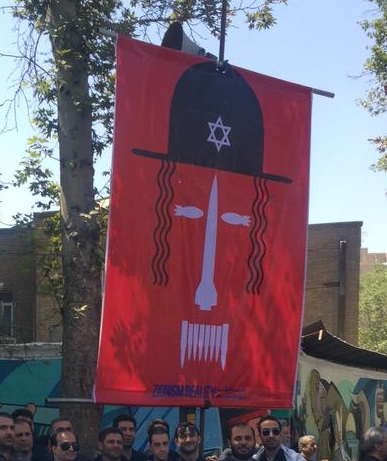 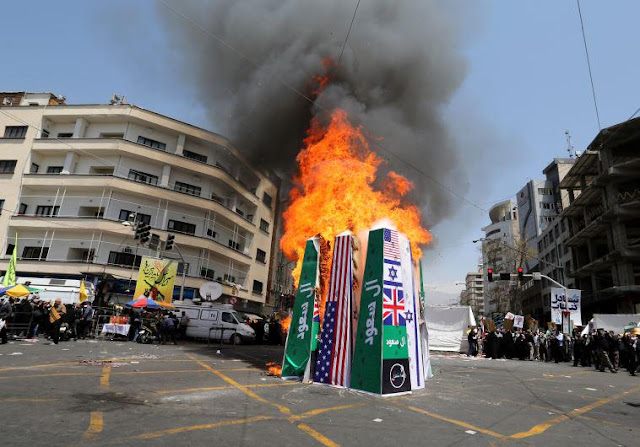 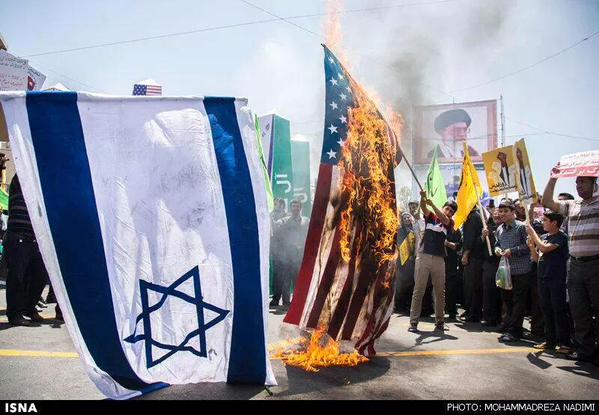 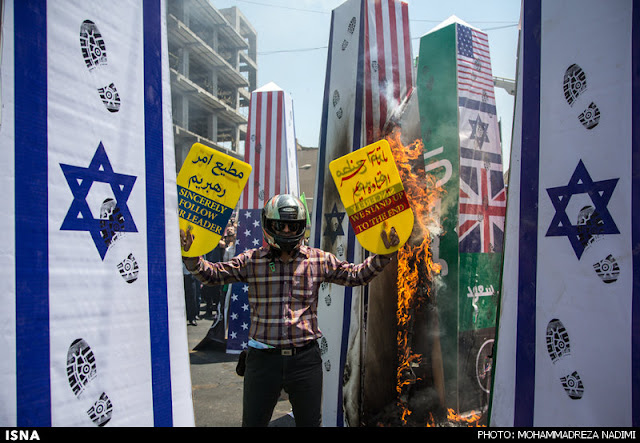 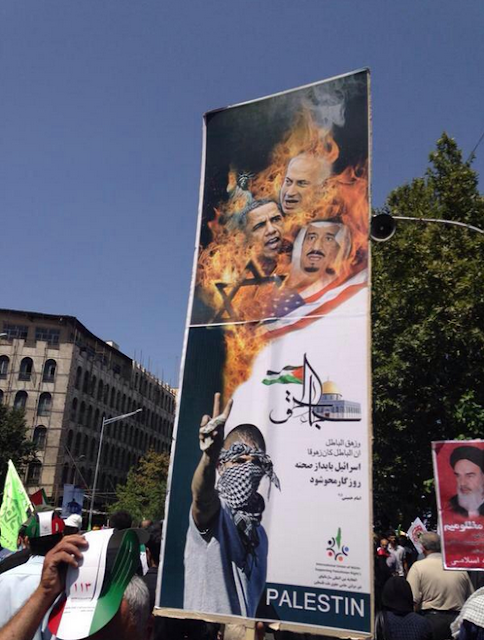 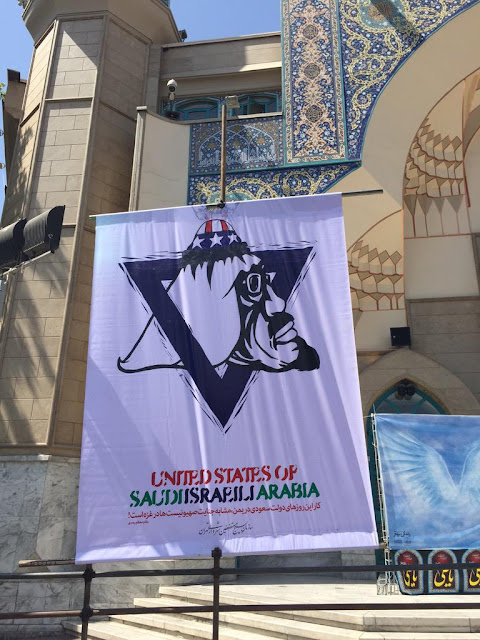 There are also rallies in Turkey, Iraq, Pakistan and elsewhere. There’s usually a large anti-Israel rally in Toronto.

And one is planned for Times Square:

We invite all peace loving people to voice their opposition to the unjust and illegal occupation of the great Al-Aqsa Mosque and the usurpation of the Holy Land by the Zionist regime. In addition, we will also protest about the Police Brutality which have been witnessed all across the nation recently as well as the current Saudi aggression in Yemen.

——————————————
NOTE: “Muslim Congress and its AlQuds subcommittees in respective cities have no affiliation with any foreign entity.

.
Funds for Al-Quds events are generated by local community organisers who strongly believe in exercising their legal right to protest against oppression.
.
“The agenda is clearly Iranian, so the disclaimer is very interesting. But they might not be too big on burning American flags in Times Square.

The Boston and Chicago rallies include this description:

Let’s stand united with all the humans of conscience including the Jews, the Christians and all the Muslims to show support for the innocent civilian victims of global Zionism, imperialism, occupation, neocolonialism, racism, Islamophobia, takfirism and oppression, for the sake of Haqq(truth).Hmmm…what do they mean by “global Zionism”?

And how are they going to find enough Neturei Karta guys for 19 rallies?

One thought on “Ramadan Action in France”