“The new procedure strikes an elegant balance between giving the condemned some freedom of choice and ensuring the mandated outcome.” 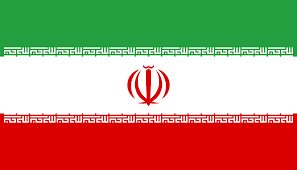 Tehran, May 4 – In a move aimed at making the country and society more progressive, the government of Iran announced this morning it would implement new sentencing guidelines for women convicted of capital crimes such as marital infidelity, and henceforth would allow those women to select the specific number of men who would perform the mandated fatal gang-rape.

In a ruling issued by Supreme Leader Ayatollah Ali Khamenei, since normal, progressive countries naturally have positions with such a title, the government decreed today that as of Wednesday at 1 PM local time, any capital punishment meted out against women would be preceded by a procedure in which the woman chooses a number between fifteen and thirty. That number will then determine the number of court-appointed men who will repeatedly force themselves upon her and beat her until she expires.
Representatives of the Ayatollah touted the progressive nature of the new procedure. “No other nation in the region allows a convicted criminal to choose the method of punishment,” boasted Saad Isti. “Not even the supposedly enlightened, liberal countries of Europe have a law such as this one. It is yet another demonstration that when it comes to actual progressiveness and openness, the West is all talk and no action.” He added that Israel, ostensibly a bastion of morality in a sea of backwardness, would never dream of instituting such a liberal policy.
Legal experts explained the range of gang-rapist/executioner numbers in practical terms. “Ideally, the condemned woman would be able to pick any number, but beyond the obvious logistical and space considerations, there’s simple efficacy,” said Shau Vinisti, who writes about legal affairs for the Tehran Times. “Pick too low a number and the executioners will wear themselves out before the criminal is dead. Too high a number and, aside from crowding, some of the men will be unfairly left out. The new procedure as it is, I think, strikes an elegant balance between giving the condemned some freedom of choice and ensuring the mandated outcome.”
Isti said that if the program shows promise, other capital criminals will similarly be permitted to make choices regarding the specifics of their punishment. Homosexuals, for example, instead of simply being hanged from cranes, will be given the choice of what crane manufacturer will have the honor of providing the equipment. Additionally, the Jewish community in Iran will be allowed to choose between the ever-present threat of persecution if the slightest hint of Zionism creeps into their behavior and the ever-present threat of government-sanctioned massacres for any reason whatsoever.