Paul Weston, chairman of Liberty GB, reacts to the election of Sadiq Khan as Mayor of London. This is a man connected with numerous jihadists, and who has an extremely questionable past.

When the prevailing ethos of a country’s political and media class is one of insanity and/or national suicide, no one should be too surprised when what was once thought unthinkable becomes a sudden and shocking reality. A good example of this is the crowning of Sadiq Khan as Mayor of London, which could be compared in terms of lunacy to the appointment of Labour Party leader Jeremy Corbyn as Chairman of the Friends of Israel Society.

I don’t necessarily think the smoothly urbane and thoroughly slippery Sadiq Khan is a potential leader of armed Islamic insurrection in London, but nor do I believe he is the benign and unthreatening sort of awfully-nice-Muslim-next-door-chappy that the BBC et. Al. would like us to believe. After all, if judged by the company Sadiq Khan has kept, he would appear to be yet another one of those Muslim politicians who say one thing to their Eloi English audience and quite another to their own community when well out of infidel earshot.

Consider the following: Mr Khan’s brother-in-law, Makbool Javaid, was a supporter of the terrorist organisation Al-Muhajiroun which became notorious for its September 2002 conference “The Magnificent 19” praising the September 11, 2001 attacks. Mr Javaid appeared alongside some of the country’s most infamous hate preachers, and in 1998 his name appeared on a fatwa calling for a “full-scale war of jihad” against Britain and the US.

Mr Khan’s brother-in-law went on to become head of Litigation Services at the Commission for Racial Equality… the further one looks down the multicultural rabbit hole of Britain, the more surreal the whole thing becomes. Mr Javaid is currently a partner at legal firm Simons Muirhead and Burton and lists amongst his Facebook friends CAGE director Moazzam Begg and fellow director Asim Qureshi, who described the Islamic State butcher Jihadi John as a “beautiful young man”. Sadiq Khan is intimately connected with all of these people, which is not something that could be said of Boris Johnson, London’s previous and altogether different type of Mayor. 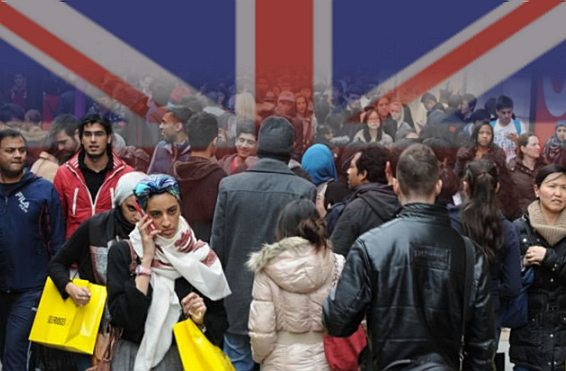 Sadiq Khan was on the board of the “civil liberties” pressure group Liberty (NCCL) for three years, along with a certain Mr Azad Ali, who has excused the murder of British soldiers and was involved with the extremist organisations Islamic Forum of Europeand Jamaat e Islami. Azad Ali is currently Head of Community Development & Engagement at the organisation MEND which seeks to undermine the British government’s counter-terrorism strategy. And speaking of going down surreal rabbit holes, Azad Ali is an adviser to the police and Home Office on police procedure, a member of the Independent Police Complaints Commission (IPCC) and sits on the Home Office’s Trust and Confidence Community Panel… and last but not least is a board member of the extremist boot-boy outfit Unite Against Fascism, which is also supported by the British Prime Minister David Cameron…