Islam is patient. It does not matter if the Islamization of Kafir territory is immediate, or takes centuries. Both through birth and through migration, the goal of political Islam is Islamic domination and for all to submit to the will of Allah.

It must be remembered that Islam means submission, not peace. 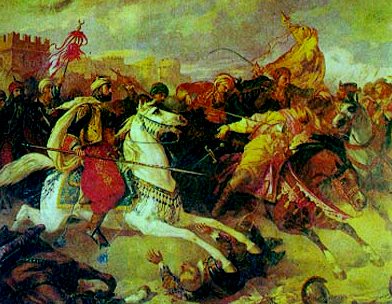 It is not shocking to see Pope Francis, a globalist puppet, attempt to put the Polish people on a guilt trip to make them embrace the largely Muslim immigrants into Poland as refugees. Why does the Pope want to bring these Muslim immigrants into Poland? How will this benefit Poland culturally? Or is it a threat to their way of life and freedoms? Will it enrich Poland, or become cultural suicide for the Polish people?

From the mouth of the Pope — Addressing civil authorities and members of the country’s diplomatic corps, the Pope states:

….being aware of identity was “indispensable for establishing a national community on the foundation of its human, social, political, economic and religious heritage,” but that people must remain open to renewal and to change. He added that while good memory can remind society of God and his saving work.

Pope Francis called on the people of Poland to hold on to their positive memories so they can look to the future with hope in respecting human dignity, economical and environmental concerns and “the complex phenomenon of migration.[1]

In reality, the Pope wants the Polish people to adapt to the changes that will arise with Islamic immigration. The Poles must conform to the cultural needs and religious demands of these so-called refugees (really invaders). These changes are bound to bring cultural conflict with the new arrivals. Migration is a form of violent or stealth jihad, and with Poland’s low birth rate and the high birth rate of Muslims, it would not take all that long for the Muslims to outnumber the Poles.

3 thoughts on “The Jihad Against Poland”