“The media, television, they are out of phase with the population, which is fed up with being called xenophobic and racist,”–from the New York Slimes 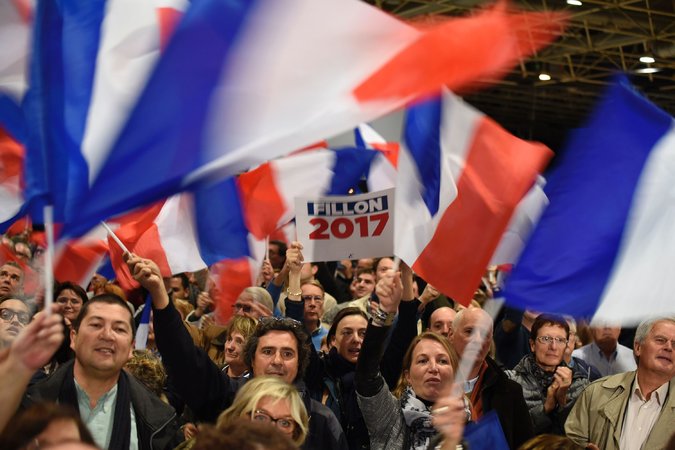 Supporters of Mr. Fillon during a campaign event in Chassieu, France, on Tuesday. “He really respects French values, and that is very, very important to us,” one supporter said.
.

Good news, excellent news.
.
“Mr. Hussain wore a number of hats, including that of a hacker. He was linked to the release of personal information on more than 1,300 American military and government employees. In March 2015, his group posted the names and addresses of service members with instructions: ‘Kill them in their own lands, behead them in their own homes, stab them to death as they walk their streets thinking they are safe.’ More important were Mr. Hussain’s efforts as an online recruiter. According to court records, Mr. Hussain communicated with at least four men in four states, imploring them to initiate attacks or help spread the Islamic State’s message. Mr. Hussain was behind a plot to behead Pamela Geller, the author of a conservative blog. In early 2015, Mr. Hussain began communicating with Usaamah Abdullah Rahim, 26, and gave him instructions to kill Ms. Geller.”|BY PAMELA GELLER

News reports in the Arab media about a widespread forest fires in Israel this week have been met with jubilant reactions from readers.

Parents have been told by “experts” (SJW) that spinning stories about Santa Claus risks undermining a child’s trust and is morally suspect.–SBS.COM.AU
.
It all becomes rather suspect when you know that Hass Delal, a Mohammedan infil-traitor is chairman of the board of SBS. Get your head around that, people! Its the same with that Mohammedan in charge of al BeBeeCeera’s religious programming.

Islamic Terrorists Have a Plan for the West’s Annihilation, and It Could Work

Some progressives are quite smug in their conviction that nothing Muslims can do will prevent the arc of history from bending inexorably toward their own particular brand of moonbattery. For example, Doonesbury creator Garry Trudeau denounces those who criticize Islam for “punching down.” Sure, Islamists can fly planes into buildings and kill a few thousand, but from the point of view of the liberal elite, these are acceptable losses. It’s not like Islam will ever accomplish the objective it has pursued for the past 1,400 years: the eradication of Western Civilization. How could a bunch of backward savages destroy the mighty United States of America?

Actually, they have a plan that is quite workable, both here and in Europe. CIA contractor James Mitchell, author of the forthcoming book Enhanced Interrogation, learned about it first hand from 9/11 architect Khalid Sheikh Mohammed, who was very informative between his waterboarding and his lawyering up at Club Gitmo. Via Washington Examiner:

He said the terror attacks were good, but the “practical” way to defeat America was through immigration and by outbreeding non-Muslims. He said jihadi-minded brothers would immigrate into the United States, taking advantage of the welfare system to support themselves while they spread their jihadi message. They will wrap themselves in America’s rights and laws for protection, ratchet up acceptance of Sharia law, and then, only when they were strong enough, rise up and violently impose Sharia from within. He said the brothers would relentlessly continue their attacks and the American people eventually would become so tired, so frightened, and so weary of war that they would just want it to end.

“Eventually,” KSM said, “America will expose her neck to us for slaughter.”

Obama has advanced the radical Islamic agenda not only in places like Libya and Egypt through a foreign policy that undercuts allies and promotes the Muslim Brotherhood, but also in the USA, through the importation of “refugees” who would more accurately be described as colonists. How many of them are actual terrorists is irrelevant; they feed a growing population that is the breeding ground for terrorism and for something worse than terrorism because its damage would be irreparable: KSM’s plan.

The main point of Trump’s candidacy was his promise to close the immigration floodgates. Let’s hope he proves those of us who doubted his sincerity wrong.

KSM et al. have plans more destructive even than 9/11.