Remember: Barry Soetoro aka Hussein Obama  was above the law & immune to criticism because of his name and his skin tone. Trump is not. Time to name the enemy.

Among the litany of Obama administration disasters, the rapid collapse of his “Countering Violent Extremism” (CVE) agenda is among the most consequential.

But groups in line to receive federal CVE grants announced just days before the end of the Obama era are now whining as the Trump administration seeks to put an end to the CVE scam.

Driven directly from the White House, the Obama administration’s CVE agenda was a replacement following a purge of counter-terrorism training across the federal government during 2011-2012 in response to a targeted series of reports by far-Left bloggers and reporters claiming widespread bias and “Islamophobia.”

But as it became apparent that terror recruitment was escalating rapidly at nearly the same time that CVE was being imposed on agencies and departments across the board, the inability of CVE to actually countering any “extremists” was exposed. The same Islamic groups that urged the imposition of CVE then turned against the efforts when they realized that CVE was still primarily directed at the growing threat of Islamic recruitment, and not towards stigmatizing the administration’s perceived domestic political enemies.

By January 2015, Politico was already declaring that CVE was a complete flop:

No answer for homegrown terrorism? Obama’s plan to combat radicalization is a flop, critics say. http://politi.co/1DFwSka

The CVE pilot programs in Minneapolis, Los Angeles, and Boston were already so unsuccessful that the media had to announce they were off to a “slow start” a year ago:

Effort in 3 US cities to combat extremism off to slow start http://bit.ly/1RiRUOu

BOSTON (AP) — A federally funded effort in Boston, Los Angeles and Minneapolis to combat extremist recruitment has been slow to start since it was announced a year and a half ago. Few local programs…

The failures of the program were so pronounced that NPR conceded the point, claiming that even if the CVE programs were not effective they still somehow helped the communities.

Whether It Works Or Not, U.S. Anti-Radicalization Plan Can Benefit Communities http://dlvr.it/KyPXTb

Whether It Works Or Not, U.S. Anti-Radicalization Plan Can Benefit Communities

One in four attempted American ISIS recruits is from Minnesota. Supporters of a federal program aimed stamping out ISIS recruitment in cities like Minneapolis say it could be a model for other cities. 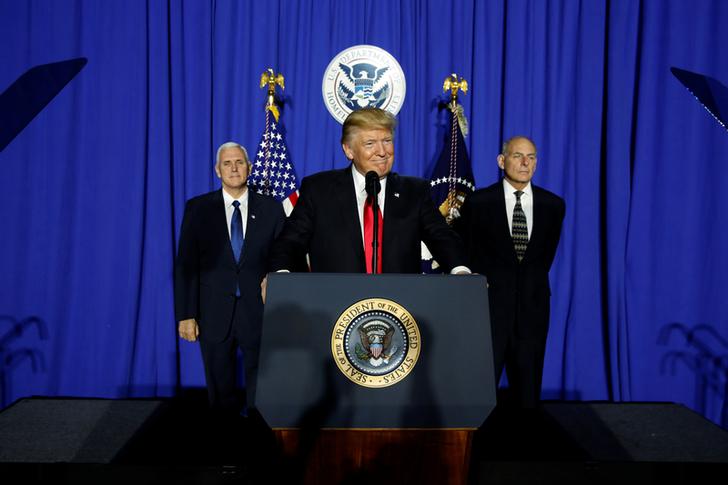 One of the first groups that took to the media was the Twin Cities-based Ka Joog (which in Somali means “stay away”). Ka Joog had already been one of the groups to receive $300,000 in federal money and another $250,000 appropriated by the state of Minnesota, and was in line to receive another $500,000 federal grantfrom Homeland Security.

Ka Joog has been one of the premier programs that CVE defenders have pointed to in calling for additional funding for the CVE program.

And yet in one of the group’s most visible failures, the nephew of the organization’s executive director was recruited by the Islamic State and eventually tried and convicted in federal court.

Another Twin Cities groups, Heartland Democracy, was scheduled to receive $165,000.

That group had been among the first to participate in a pet “deradicalization” project by the chief federal judge in Minnesota who tried many of the Islamic State recruiting cases.

But court documents exposed that Heartland Democracy had no experience in “jihadi rehab,” and its curriculum was described as “more high school civics course than religious deprogramming.”

The Daily Beast reported on the regimen established for their first “deradicalization” client:

He and a Somali-American mentor began to work through an extensive reading list, which included Richard Wright’s Native Son, a novel about growing up poor and black in the 1930s, and an article by Native American author Sherman Alexie about how poetry freed him from the “reservation” of his mind.

McKinley would not say how often Yusuf met his mentor.

Court documents also reference Yusuf meeting with religious leaders, but McKinley wasn’t sure about that.

“I don’t know if he’s met with any religious leaders,” she said in response to a question about meeting with imams. “I mean, he’s an adult, he can get any visitor he wants.”

That first client was sent back to jail after a search of his room at a halfway house found a box cutter.

The Obama administration’s CVE programs have a lengthy history of failure:

So it’s no great mystery why the incoming Trump administration began discussions about scaling back and ending Obama’s CVE program.

Others contend that the CVE grants were political payoffs to groups to enlist their aid in scuttling counter-terror programs and to silence any possible criticism of the Obama national security and foreign policy agenda.

The chairman of one group that was scheduled to receive a $400,000 CVE grant, Life After Hate, has publicly launched attacks on the incoming Trump administration and even called for the violent removal of President Trump one day after his inauguration.

Meanwhile in Minneapolis, as Ka Joog declines the $500,000 in announced DHS CVE grants the group has quickly transitioned from attempting to deradicalizing area Somali youth to publicly declaring that President Trump is engaged in “an official war against Islam” — parroting a standard terrorist narrative.

But as mentioned previously, the nephew of the executive director who had participated in Ka Joog programs was still recruited to join the Islamic State.

In another instance, an Islamic State recruit from Alexandria, Virginia, later captured by Kurdish troops and currently facing federal charges, lived less than 50 yards from one of the Obama administration’s top go-to CVE experts.

If these so-called CVE “experts” can’t prevent their closest relatives or neighbors from joining terrorist groups, why should the Trump administration continue to entrust them with our national security?

Despite all the media hand-wringing, it seems that questioning the effectiveness of Obama’s CVE program is entirely in order given its constant track record of failure.

Yet in light of the current media climate, the new administration should expect that it will come under fire for whatever they eventually replace the failed CVE agenda with. And the Islamic State and other terrorist groups continue to recruit and encourage supporters to conduct attacks inside the homeland.

Ending the CVE scam would be a good first step in reversing the corrosive policies established by the Obama administration that have hampered and sometimes punished our law enforcement and national security professionals for doing their job.