“In her complaint, Ayari mentions the fact that she was called a ‘whore, paid by the Jews and the Zionists.’”

Of course. Who else would possibly care that the “Muslim Martin Luther,” Tariq Ramadan, could be a serial rapist?

But note well: this is the kind of abuse anyone and everyone receives if he or she stands in the way of the Islamic supremacist agenda. This is a different manifestation of the same phenomenon that has foes of jihad terror smeared as “bigots” and “Islamophobes.” 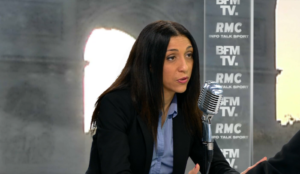 Henda Ayari, the first woman who came forward against Swiss Islamist thinker Tariq Ramadan on rape allegations, has been was placed under police protection after receiving death threats and insults, her lawyer said on Wednesday.

According to the lawyer, the former Salafist-turned-secular feminist has been harassed for nearly a month via messages on Facebook and Twitter, her answering machine, and by people who come ringing at her home.

“This is not trivial, these facts are punishable by three years of imprisonment, it must stop,” Jonas Haddad, Ayari’s lawyer, said.

Rouen prosecutor Pascal Prache confirmed the complaint and presence of death threats and said that the investigations are ongoing.

In her complaint, Ayari mentions the fact that she was called a “whore, paid by the Jews and the Zionists”….

‘Tariq Ramadan’s victims could be in their hundreds’ – new exposé

The prominent Islamic scholar is facing a string of accusations of rape and sexual assault
THENATIONAL.AE

Ouch! Looks like now they’re going to get him by the short and curlies!

The victims of Oxford professor Tariq Ramadan are in the tens, if not hundreds, stretching back over more than two decades, according to a new exposé.

Majda Bernoussi, a woman of Moroccan origin, kept a daily journal throughout her tumultuous relationship with the prominent Islamic scholar, extracts of which have been unveiled in French magazine Le Point.

While Ms Bernoussi was herself not raped or beaten in the five year relationship, which lasted from 2009 to 2014, she claims to have been threatened by his fans when she tried to denounce him for his “predatory” behaviour towards women.

She is now planning to publish her journal, entitled: A voyage into troubled waters with Tariq Ramadan.

The latest development follows a string of damning allegations about Mr Ramadan, who is a professor at Oxford University and the grandson of the founder of the Muslim Brotherhood in Egypt.

Three women have accused him of rape or sexual assault in the past month, providing graphic details in interviews and on social media. Four of his former students also claimed he seduced them when they were just teenagers.

After the first accusation, Mr Ramadan issued a strong denial and filed counter-charges for libel.