Weapons grade stupidity that beats Marie Harf’s “we can’t kill our way out of this”:

How do we reprogram & ‘reintegrate’ a ‘disillusioned & traumatized’ Islamic head chopper? This ‘expert’ tells us we ‘can’t arrest them all’. Scroll down to the last sentence where he tells us that we need “a very careful effort, which we’re not well-equipped for in Canada right now.”…

University of Waterloo Sociology professor Lorne Dawson thinks jihadists can be rehabilitated because they are “disillusioned and traumatized.” Dawson displays an appalling insensitivity to the millions of victims who have experienced the real trauma of abuses, torture and murder inflicted upon them by jihadists. Dawson states:

No credible expert in the world thinks you arrest your way out of jihadist radicalization — it’s a social movement..You can’t possibly arrest all the people who are engaged with this ideology.

Dawson makes a silly, general, sweeping claim in an attempt to divert attention away from returning Islamic State fighters to Canada, who should face consequences for their war crimes, have their citizenship revoked and be kept safely away from the public. Murderers who are locked up in maximum security jails are child’s play compared to jihadists who have engaged in the cruelest, unimaginable atrocities against innocent people in their war of conquest.

No one has mentioned arresting “all” jihadists everywhere, as Dawson insinuates; nor is jihad merely a “social movement,” as he describes it. Jihadists are governed by a fascist, supremacist, expansionist ideology with a 1,400-year history of bloody conquest and oppression. Today, political Islam is the fundamental law of powerful states such as Iran and Saudi Arabia. Saudi Arabia, of course, funds the spread of the Wahhabi ideology globally, to which Islamic State jihadis rigidly adhere. If there’s 30, 40 more, we’d be really astounded that we haven’t heard something.

Brow-raising naivete. Since Dawson “would be really astounded” by not hearing about a few dozen jihadists, he may well pass out at the recent announcement by Britain’s M15 that up to 23,000 jihadists are running free in the UK, not the 3,000 previously thought. It was also announced that Germany lost track of 600,000 asylum seekers, among which are an unknown number of Islamic State jihadists.

Professor Boaz Ganor of the International Policy Institute for Counter Terrorism is clearly more knowledgeable than Dawson. He warns that “it is practically impossible to uproot those ideas in their heads,” referring to the jihad ideology. For any rehab program to work, there must be a willingness for the participant to change. Jihadis deem themselves to be heroes and zealously pursue martyrdom, which comes with plaudits and paradisal awards beyond this world.

Less than a year ago, France’s deradicalization program was declared a failure after it wasted tens of millions of taxpayer euros. It was found that “deradicalization, either in prisons or the centers… does not work because the great majority of Islamic fundamentalists do not want to be deradicalized.”

Lorne Dawson is in way over his head, and if his “expertise” is heeded, Canada will be in deep trouble. And indeed, Canada just announced its plan to try to reintegrate “foreign terrorist travelers,”at the expense of public safety and taxpayer dollars. 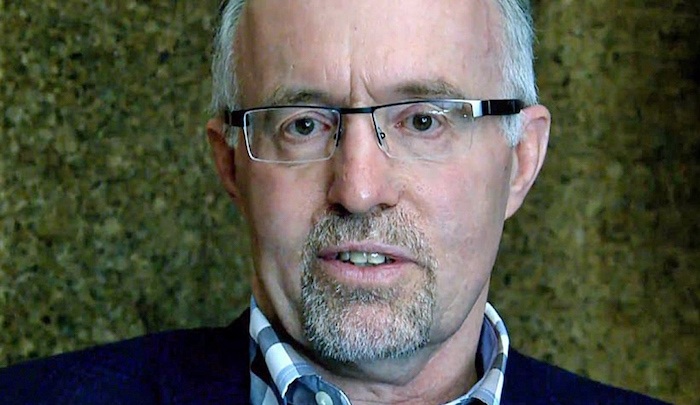 OTTAWA — A leading researcher on terrorist travellers says returnees to Canada can be rehabilitated, since those who come back to their home countries are often disillusioned or traumatized.

Others feel they have done their duty to defend Muslim lands and want to lead a more normal life, says Lorne Dawson, a sociology professor at the University of Waterloo and project director for the Canadian Network for Research on Terrorism, Security and Society.

As forces of the Islamic State of Iraq and the Levant scatter, the Liberal government is under pressure to explain what it’s doing to contain any threat from foreign fighters returning to Canada.

The Conservatives have peppered the government with questions in the House of Commons about ensuring the safety of Canadians — accusing the Liberals of welcoming returnees with open arms.

Dawson says simply locking up extremist travellers is not the answer.

“No credible expert in the world thinks you arrest your way out of jihadist radicalization — it’s a social movement,” he said Sunday in an interview. “You can’t possibly arrest all the people who are engaged with this ideology.”

The Canadian Security Intelligence Service has said it is aware of 180 individuals with a nexus to Canada who are suspected of terrorist activity abroad. This could involve front-line fighting, training, logistical support, fundraising or studying at extremist-influenced schools.

Half of these individuals are believed to have travelled to Syria or Iraq.

The intelligence service has also noted a further 60 extremist travellers who have returned to Canada.

But there appears to be scant information about who they are — and what threat they might pose.

Dawson says his researchers know of about a dozen jihadist returnees to Canada from the Syrian-Iraqi conflict.

“I think there’s some kind of confusion going on.”

Public Safety Minister Ralph Goodale says the shifting dynamic in Syria and Iraq has the government watching for more extremist-inspired activity on the internet as well as working with allies to track the movements of foreign fighters.

“Where will they go? Will they migrate to Northern Africa? Will they try to get into Europe?” Goodale said during an interview with CTV Question Period broadcast on Sunday.

Prosecuting battlefield returnees to Canada is difficult because there must be evidence that will stand up in court, Goodale said. “And this is an issue that is bedevilling countries around the world in terms of how you actually move from intelligence to evidence, and make a case stick.”

He said the chances of turning around someone who has actively engaged in terrorist activities in a war zone were “pretty remote”.
Dawson disagrees.

“I think it is possible you could rehabilitate them,” he said. “But only with a very careful effort, which we’re not well-equipped for in Canada right now.”…

One thought on “Leading expert of Canuckistan: “we can’t arrest them all””