“No details of his condition were released and a motive is unclear. Police confirmed it was not being treated as a terror incident.”

The problem with this is that it has so often happened that police deny that some incident is terrorism, and then it turns out to be jihad terror after all. There is also the fact that the Islamic State issued this call in September 2014:

Does that mean that this was a jihad terror attack? Not at all. But unfortunately, given the police’s poor record of honesty in such cases, their denial cannot be taken at face value.

This may not be the usual dissembling we see so often from police in many Western countries, as they ascribe jihad terrorism to mental illness.

“Neighbours say the victims appear to be a man and a woman who were members of the same Syrian family but did not live together, the paper said….Neighbours claim the man who died had been physically abusive to the woman who died and her children for years and that she had fled to a shelter for battered women for a time. The murders would appear to be some sort of revenge killing.”

In that case, this is another example of the glories of the diversity and multiculturalism that Europe’s leaders have foisted upon their people. Revenge killings are, of course, by no means restricted to Muslim cultures, but importing a large population that believes that violence is justified in all manner of situations is going to lead to a day-to-day existence that is more violent. 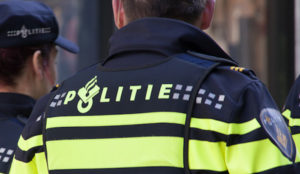 2 thoughts on “Geert Wilders: there might be some moderate Muslims, but there is no moderate Islam”