Raymond Ibrahim: Why Professing Christ Is Becoming a ‘Hate Crime’ in the West 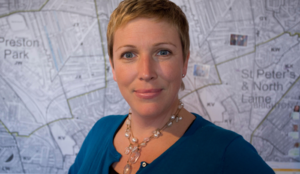 What is the source of dhimmitude — which in many ways paralyzes responses to Islam — in the West?

First a definition: “dhimmitude,” which was coined by the late Christian president of Lebanon, Bashir Gemayel, and popularized by writer Bat Ye’or, is a neologism based on the Arabic word, dhimmi — that is, a non-Muslim (generally a Christian or Jew) who falls under Islamic rule and, as a price for maintaining his religion, accepts an inferior social standing. Simply put, the dhimmi must know his or her place and never rock the boat, including by seeking equal rights with Muslims.

While this is the classic and original manifestation of dhimmitude, a new and unprecedented form has arisen in the West: in the Muslim world, where might naturally makes right, Muslim majorities impose an inferior status onto non-Muslim minorities; but in the West, it is the West itself — or at least homegrown elements — that in certain fields impose an inferior status on a non-Muslim majority.

The answer is evident in the words of an ancient strategy: “The enemy of my enemy is my friend.” The Western elements that are forever protecting and empowering Islam, and which operate under various names — “Liberals,” “Leftists,” “Marxists,” “Progressives,” “Social Justice Warriors,” etc. — ultimately care little about Islam; rather, Islam is for them a tool to combat their real and much closer enemy: Christianity, and the mores and civilization borne of it and culminating in the West.

This is evident everywhere and in a myriad of forms. Most recently, the British government “refused to say whether telling people about the Christian faith could be a hate crime.” Lord Pearson of Rannoch, a UKIP peer, asked the House of Lords if they would “confirm unequivocally that a Christian who says that Jesus is the only son of the one true God cannot be arrested for hate crime or any other offence, however much it may offend a Muslim or anyone of any other religion?” Government spokesperson Baroness Vere of Norbiton responded by equivocating, saying that the legal definition of “hate crime” has been the same for the past 10 years.

But as Pearson explained in a later interview, the current definition of “hate crime” is subjective and revolves around whether the “victim” feels offended — thus leaving the door wide open to charging those who proclaim Christ and the Trinity of committing a hate crime, especially vis-à-vis Muslims, who adamantly object to the claim, as Pearson himself acknowledged: “Certainly the stricter Muslims do feel offended by Christianity and our belief in Jesus being the only Son of the one true God.”

Pearson also pointed to a double standard in how “hate crimes” are applied: “You can say what you like about the Virgin Birth, the miracles and the Resurrection of Jesus Christ, but as soon as you say ‘come on, is Islam really the religion of peace that it claims to be,’ all hell breaks loose.”

Indeed, and there is a reason for that: unlike Islam — which many Western elite feel no (direct) connection to and thus no threat therefrom — Christianity is the faith of their forefathers; it is ever present in their societies, judging them — and they hate it for it. But rather than seek to suppress it openly, they operate indirectly, including by propping up always angry and easily “offended” Muslims against it, while they play the role of “impartial” secularist or progressive — people who will make themselves (meaning others, notably Christians) walk on eggshells lest the “feelings” of the “other” are hurt.

From here one understands the ultimate reason why domineering Western elements are imposing the unjust and stifling effects of dhimmitude on and thus making the West weak and vulnerable:  “The enemy [Islam] of my enemy [Christianity] is my friend.” As this most recent example from the UK shows, Muslims are now even being used to make the central claim of Christianity — which the progressive elite especially despise hearing as it convicts their godless lifestyle — a “hate crime.”

3 thoughts on “Raymond Ibrahim: the source of dhimmitude in the West”