“Re-integrate” Mohammedan savages? They have never been “integrated”. How is this not elevating them to a position of an occupying army?

COUNTER-TERRORISM experts have described Government proposals to re-intergrate extremists back into British society with offers of council homes and jobs as “mistaken” and tantamount to bribery.

The project would reportedly target up to 20,000 extremists known to MI5, while Britons returning from former Islamic State strongholds in Syria would also be eligible.

The nationwide programme is due to start next year, the Mail on Sunday reported.

Whitehall said the scheme was part of the government’s commitment to “respond to the evolving threat in the most effective way we can”.

“When you look at the profile of many of the people who have been involved in terrorist attacks in the UK, or travelled overseas, they do not come from deprived backgrounds.

“If someone is inclined to be an extremist, you are not going to bribe them into not being a terrorist.”

Terrorism expert Professor Anthony Glees told the Mail: “You can’t bribe people not to be terrorists.” 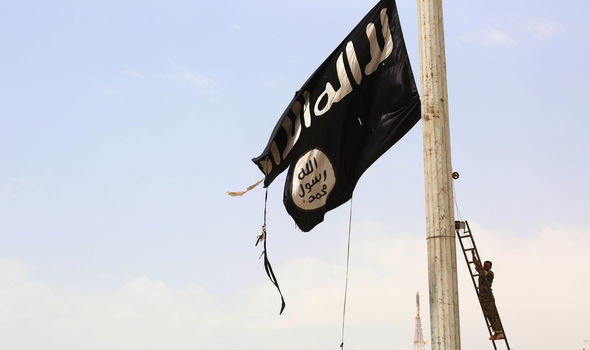 ISIS fighters returning from Syria would be eligible under the scheme

Earlier this month, Max Hill QC, the UK’s independent reviewer of terrorism laws, proposed trying to re-integrate “naive” teenagers who had travelled to Syria to fight for ISIS instead of prosecuting them.

The proposals bear a similarity to Denmark’s Aarhus model, a de-radicalisation programme that offers young people at risk of being radicalised a way back into society.

They are offered mentors, psychologists, activities and workshops aimed not just at teaching young people that extremism is wrong, but also given them ways to address their anger through dialogue instead of violence.

This week, the parents of Jack Letts, a 21-year-old Muslim covert known as “Jihadi Jack”, pleaded for his to be return to Britain after he was captured by Kurdish forces in Raqqa and charged with being a member of ISIS.

John Letts and Sally Lane said their son, who has a history of mental illness, was initially treated well, but has suffered in recent months.

In letters sent home to his parents the prisoner denies being a Daesh member.

Last week it was revealed that ISIS deserter Shabazz Suleman, a former grammar school pupil from High Wycombe, wants to return home to face justice having become dissilusioned with the terror cell.

He said in encrypted messages to The Times: “I no longer know who I am.”

A Home Office spokeswoman said: “The Government is committed to doing everything possible to protect our communities from the threat of terrorism.

“To respond to this threat, it is vital that we use all the means at our collective disposal to divert people away from terrorist-related activity and we are exploring the best ways of doing this with our partners.

“We are also reviewing our counter terrorism strategy to make sure we respond to the evolving threat in the most effective way we can, both now and in the future.”

This week, British soldier Macer Gifford, who has fought ISIS for the past three years alongside Syrian Democratic Forces, warned letting jihadis return to the UK is like “inviting the wolf to dinner”.

“As someone who has been out here and seen what the Islamic State is like on the ground and what they have done to the people – this is a wake-up call and a warning to Britain,” he said.

“The foreign fighters are actually by far the worst, and the most aggressive, most deranged of all the Islamic State fighters.

“These are individuals who have had every opportunity to live a normal, happy life in Britain, America, France and other places.

“Yet they’ve basically spat in the face of everything that we hold dear – our democracy, our shared values of secularism and multiculturalism.

“They have gone to Syria to butcher, murder and rape people, to sell people into sexual slavery, and they tear up their passports as an act of defiance.”

LETTING Islamic State jihadis return to the UK is like “inviting the wolf to dinner”, a Briton fighting against the murderous group has warned.

One thought on “UK: “You can’t bribe people not to be terrorists” ”