“I’m an American— I’m not running and hiding. I would like to be armed and at least have a fighting chance.”

Condi clueless as ever: Condoleezza Rice: ‘I Don’t Understand Why Civilians Need to Have Access to Military Weapons’

No wonder leftards thought this affirmative action picanninni was presidential material. Some of us haven’t recovered yet from “Disrespect for the Holy Koran is not now, nor has it ever been, nor will it ever be tolerated by the United States.”

This guy is dumb:

Michael Moore here demonstrates that he knows nothing about either the NRA or the Islamic State (ISIS). 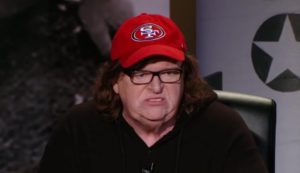 Need proof that Maajid is a Mohammedan agitprop?

Maajid Nawaz insisted the so-called “Jihadi Beatles” should be tried in Britain rather than Syria… because they are British….

Maajid Nawaz works for the Quilliam Foundation. The QF’s  one & only purpose in the UK is to make Britain islamic.

CNN commentator Van Jones claimed Thursday that a “whole generation of young people” now sees the National Rifle Association (NRA) as the KKK because of the NRA’s “destructive role” in the debate on gun control.

Whoever offers this Obamunist a soapbox is complicit.

CNN’s Van Jones: For Young People ‘The NRA Is Like the KKK’

Well at least the gun debate isn’t getting hyperbolic.
.

One thought on “Condi doesn’t understand”