On Sunday a “Black Lives Matter” protest was held in Melbourne outside the State Library. Around 300-400 people showed up. That’s a decent showing for a nice sunny Sunday but considering that almost 1000 had promised to attend it must have been a bit disappointing.

The organiser of this and previous protests, Jasmine Ali, promoted the event by stating on her Facebook page that:

So I guess that’s that. Nothing to worry about then. Jasmine said so.

Wait, who the hell is Jasmine?

Aside from SBS and Channel 9 the media studiously ignored this event. Talking about African crime in any respect (even to report on protests against people being allowed to talk about it) is not something the majority of journalists want to do these days. The reality doesn’t fit the narrative and it seems most of our elites are of the opinion that if they stick their fingers in their ears while yelling “lalalalalalah!” all the bad things will go away.

But your humble correspondent enjoys keeping tabs on events of this kind, so yet again XYZ has been called upon to do the jobs our fourth estate doesn’t want to do.

So who organised this protest?

Anyone who has read my previous articles here at XYZ, “Who are the anti-Milo protesters?”, “Just how many extremists are in the Australian refugee movement?”, “Who are the Antifa?”, “Why is The University of Melbourne financially supporting a terrorist group?” and “The groups behind Australian political violence and how you can help stop them” to name just a few has probably already taken a wild guess at the answer.

Well you’d be wrong, this was a spontaneous grassroots effort organised by normal community members out of a sense of civic spirit and concern for honesty in media.

Just kidding; it was Communists again.

Whenever a protest is held in Melbourne on almost any issue to the left of centre, Marxists are either the ones who called it or are in the process of trying to hijack it from those who did, using their superior organisation and fanaticism.

So again, who is Jasmine Ali?

Jasmine is an organiser, activist and theoretician for the Marxist extremist group “Solidarity” led by Ian Rintoul. That’s the same Rintoul who first became a Marxist activist in Ipswich in the mid-70s and has boasted of being arrested more than 60 times over the course of over four decades of violent extremist activity.

Jasmine has been a member of his group since at least 2009. She has written articles for their website and magazine on a wide variety of subjects including what Marx would have thought about Climate Change, the need for open borders and Multiculturalism to destroy the Australian nation, How the racist Kevin Rudd enforced Australia’s neo-colonial mastery over Papua New Guinea, How Feminism in the 60s and 70s was racist, How Marxism will fix global warming, and how the history of the Australian union movement is one of White Supremacy.

I bet she’d be fun at parties.

Jasmine also gave a 30 minute speech at Solidarity’s annual “Keep Left” conference in 2015, organised the violent attacks against the speaking event of visiting Dutch MP Geert Wilders and was featured favourably on the ABC’s 7.30 report declaring that Wilders had no right to free speech.

She also finds time to be employed both as a researcher at the Centre for Urban Research at RMIT University and as an active member of the National Tertiary Education Union (NTEU) who coincidentally enough endorsed her rally.

Another union that endorsed the rally was the National Union of Workers (NUW). According to Facebook, right alongside Jasmine during the event were Ryan Laws and Viraj Dissanayake. Both Ryan and Viraj are members of Socialist Alternative and the NUW. 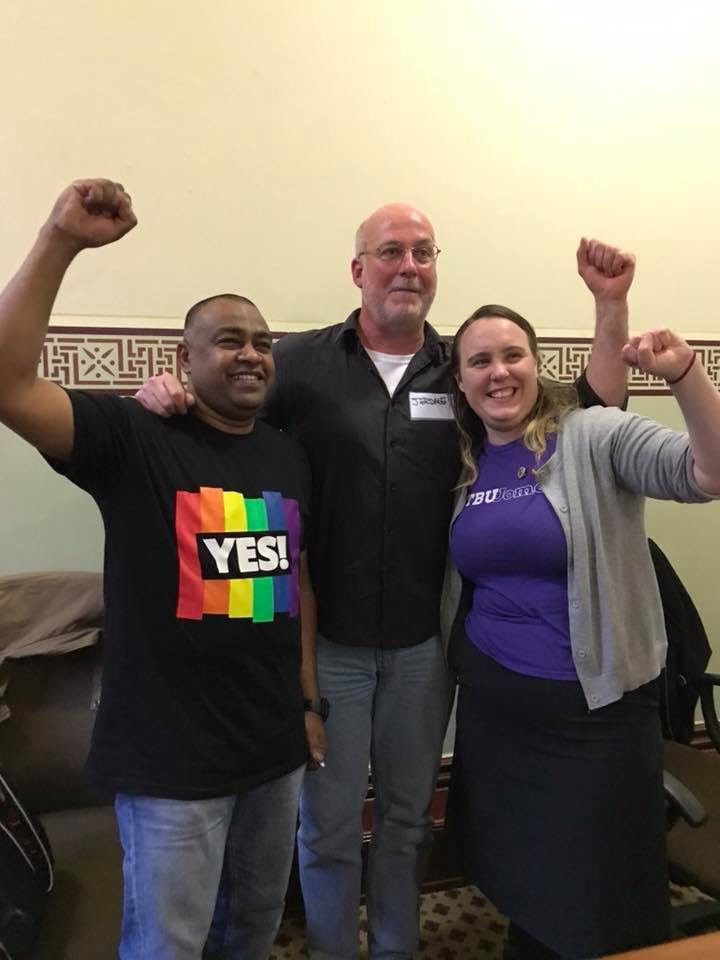 Here’s a picture of Viraj performing the raised fist Communist salute at a Socialist Alternative meeting with Jerome Small (centre). Jerome was one of the original founders of the violent extremist SAlt group back in 1995 and is the current co-ordinator for their union infiltration campaign. 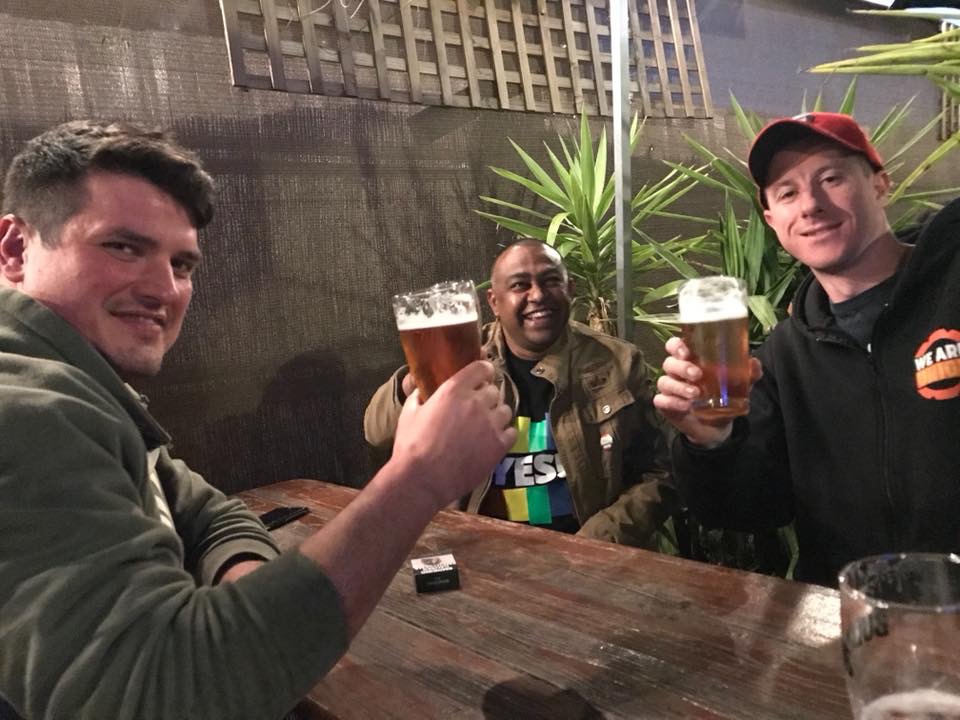 Here’s a picture of Ryan, Viraj and Marcus Harrington enjoying a beer; Marcus is a fellow Marxist who has spoken at SAlt conferences, is an NUW delegate as well as being a host on the publicly funded community radio station 3CR.

So we had Socialist Alternative and Solidarity, who else was there?

Why Skeletor of course! You wouldn’t expect there to be a protest in Melbourne without demented Debbie Brennan and her personal personality cult (the Freedom Socialist Party) to show up would you?

Strangely it seems that CARF (Campaign Against Racism and Fascism), the Socialist Alternative front group that Debbie is the sole non-SAlt figurehead for, didn’t have any signage at this event. Debbie made up for it by bringing along what one can only presume are all of her friends.

At this point, if your kids get through the Victorian public school system without being permanently screwed up you should probably go to church and light a candle.

The point of going through these faces and names isn’t just to show how lazy the average Australian journalist is or how far the press has been compromised by the cultural changes wrought by the far left in recent decades. The greater point is to show you the reader just how pervasive these groups are.

Plenty of people on the right dismiss the threat these groups pose. Many are still stuck in the airy early 90s when the cold war had been won and a Universalist Classical Liberalism seemed to have triumphed. But these people have been working ever since the Wall came down to get the disgusting, murderous ideology of Marxism back in the game.

They’ve been allowed to grow without scrutiny or opposition for 30 years now.

These groups now decide what views are able to be spoken out loud in the public square of our society and which views will be shut down with threats of violence.

They decide whose views are acceptable and who will be charged $50,000 by Victoria police simply for holding a meeting.

They are entrenched in our universities and schools, teaching the next generation of teachers, academics, journalists, writers, thinkers, public servants and social workers their way of viewing the world.

As crazy as it may seem, these people are winning. The long march through the institutions envisioned by Antonio Gramsci has become a stark reality.

The reds are not under the bed anymore. They’re back in the game and just as crazed, just as fanatical and just as violent as they ever have been.

And the time to do something about it is now.

4 thoughts on “Who is behind the Melbourne Black Lives Matter protests?”