Australians believe that immigration is too high 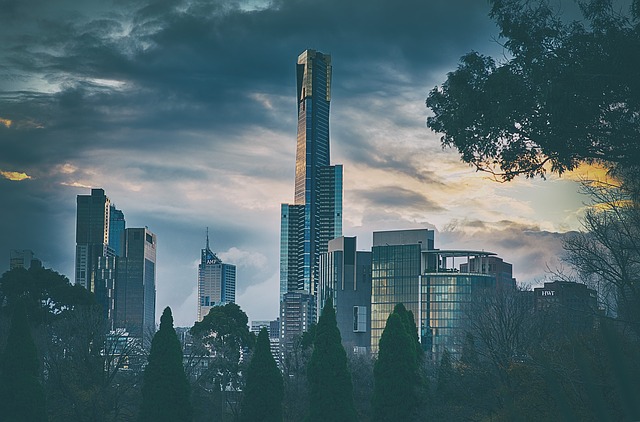 The role of mass immigration is a strategy by our lords and masters to replace irascible native populations with other tribes that will hopefully prove to be more compliant. It’s important to digest the reality of replacement. Look on the television at the politicians that you see; they hate those of your ilk, those with your same white skin color. Do not be deceived with the false hope that they are on your side because they share your skin color. Their white is a different and special white. They are the good whites. They are the chosen whites. They have chosen themselves. (More below the fold)

AND OUR RIGHT TO BE SAFE?

Eight killers and 66 other criminals with shocking records of violence are among foreign-born crooks the Administrative Appeals Tribunal has saved from deportation since 2010.

Turkish double murderer Mustafa Kunduraci was free to kill because decisions to keep him out of Australia were twice overturned by the forerunner to the Administrative Appeals Tribunal.

WHO LET THEM IN? POLICE CARS SMASHED

Police are yet to make any arrests after a group of African youths jumped on cars and pelted police with objects as party goers turned violent on the streets of North Melbourne.

Police were breaking up a noisy gathering early yesterday when they were forced to take refuge as teens threw rubbish bins and logs, and stomped on the bonnets of police vehicles.

Up to 50 young people, described as African males and females, had been at the four-star flat, which was left with thousands of dollars’ worth of damage. The One Nation Leader insists it’s duplicitous of Labor to criminalise primary producers for knocking over trees while allowing renewable energy proponents to clear vast tracts of land.

Senator Hanson’s comments come ahead of a rally at State Parliament today protesting tough new vegetation management laws, which are expected to be debated this week.

“Labor continues to demonise traditional Queensland farmers by treating them like criminals, while laying out the red carpet for solar farmers to pay off green debts,” Senator Hanson told The Courier-Mail.

The entire upper management of the public service is cut from the same cloth. The politicians supposedly dream up the replacement policies, but in reality they are germinated by those in the bureaucratic class. These are long term plans that were put in place in the early 1990s. They have had 25 years to run at it in Australia, and now we have reached a point where Sydney appears to be Hong Kong and Melbourne a province of Mumbai.

The white Australians being replaced are not those who live in Toorak and Vaucluse. They live in Monash in Melbourne and Canterbury-Bankstown in Sydney. And they have now woken up to the fact that they are being replaced.

“The council areas with some of the highest rates of overseas migration are the same locations where more people are leaving to live elsewhere in the country, according to an analysis of new population data from the Australian Bureau of Statistics…

“The City of Monash in Melbourne’s southeastern suburbs holds the record for the largest losses by net internal migration — ranking last in 538th place — but is fifth in the nation by the net increase in overseas migrants. In one year a net 3424 people left the council area to live in another part of Australia while 6734 immigrants settled in the area to live.

“Similarly, Sydney’s Canterbury-Bankstown local government area is ranked second highest for internal migration losses, with 3404 fewer residents, but 6195 more newly arrived foreign migrants, for which it is ranked sixth in the country.”

The darkies move in and the whities move out. This is all according to plan for our lords and masters in the public service. The enclaves that they create will vote along perscripted lines as dictated by compliant community leaders who have been carefully chosen by the good whites. But what happens when their numbers reach a majority in the country has not been considered.

As Andrew Bolt notes, that explains why owning a car in Melbourne is now like owning a sailing boat in Meekatharra. These are huge numbers, and numbers which have been going on for over 20 years. According to the last official census Australia’s population now includes over 30% of people who were born overseas. Look around our cities and towns; they do not belong to us anymore. They are not populated by us and our progeny. They are filled with strange foreigners who inwardly detest us for our weakness at meekly allowing this invasion. Our leaders, politicians and public servants have given away our nation simply because they can.

An Essential poll notes that 64% of Australians think that immigration is too high.

But if over 30% of Australians are the immigrants themselves then that number is much closer to 100%. When you look at the distribution by age then it easily closes to 100%.

“64% think that the level of immigration into Australia over the last ten years has been too high – up from 50% recorded in October 2016. 23% think it is about right and only 5% think it is too low. Over 60% of both Labor and Liberal National voters think it is too high.

The next federal election will be decided on immigration. And it may be the very last chance to attempt to take back our country by peaceful means.

This article was originally published at https://pushingrubberdownhill.com/, where Adam Piggott publishes regularly and brilliantly. You can purchase Adam’s books here.