Seriously Mogherini? Not a word on Hamas? On intentional violent provocation? On Hamas intent to destroy Israel? Use of children? On  the fact that most dead were terrorists? You have zero creditibility. You are morally empty.

Gaza’s terrorist rulers make no secret of their agenda. They are out to destroy Israel. Suicide bombers, rockets, and tunnels have failed. So now it’s mass marches on the border

If force is needed, Israel has the responsibility to use it proportionately, the EU’s foreign policy chief said on Saturday.

Federica Mogherini’s statement came after 15 Palestinians were martyred by the Israeli army on Friday during peaceful protests.

“The EU mourns the loss of life,” said Mogherini. Who is the human shield for whom? Pallywood strikes again

From the Palestine Info Center: 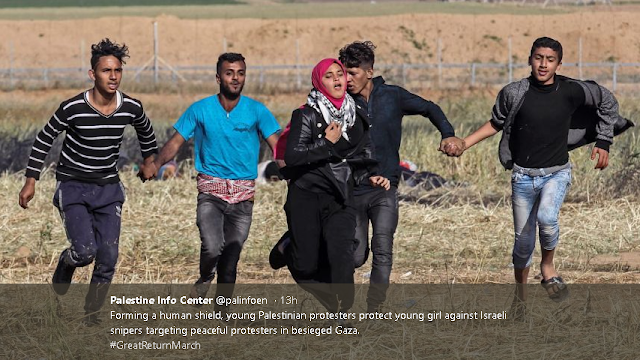 Forming a human shield, young Palestinian protesters protect young girl against Israeli snipers targeting peaceful protesters in besieged Gaza.
#GreatReturnMarch
.
Here’s an example where the caption is Pallywood.
.
Given that every fatality during the violent riots at the Gaza border was a military-age male, the idea that these men are protecting the woman is quite far fetched. On the contrary – if anything, they are using the woman to shield themselves!
.
The other photos in the series show that there is no danger anyway, as the group passes by other people having what appears to be a picnic who have no fear of Israeli snipers whatsoever. 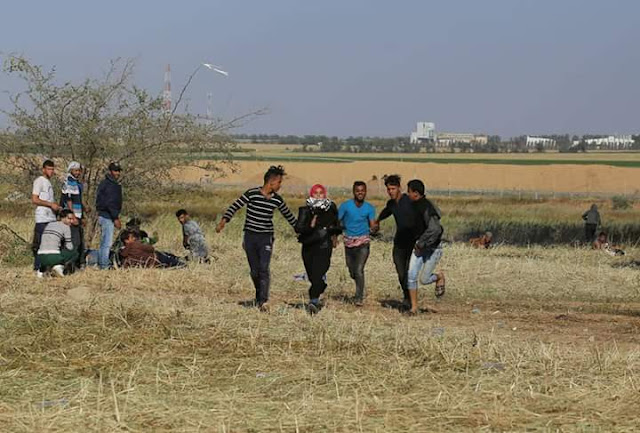 The Arab League will hold an emergency meeting Tuesday on Israeli deadly attacks against Palestinians in the Gaza Strip, league official said Monday.
.

Saeed Abu Ali, assistant secretary-general for Palestine and the occupied Arab territories of the League States, said Saudi Arabia would chair the representative-level meeting that would be held at the request of the Palestinian Authority.

Not a word that 30.000 Arab lunatics attacked Israel….

Two Catholic churches were defaced with obscenities of Jesus on the holiest day in the Christian religion.
.
In other news:

“More than £20m of British aid money has been spent on Palestinian schools in the past year,…
.

This is so perverse…..

“More than £20m of British aid money has been spent on Palestinian schools in the past year, despite ministers knowing the official curriculum could incite pupils to become martyrs and jihadists.”

Does the perfidiousness of Albion have no bounds?

Is this yet another cynical attempt to court Muslim…See More