France: Muslim enters cathedral, threatens to blow it up, screams “It is the Quran that must be read!”

Celebrate diversity! Diversity is our strength!

The migrant situation is rapidly spiralling out of control in Germany, with the police unable to stand up to migrants acting in groups. This bodes ill for Germany, and demonstrates that more jihad attacks are a virtual certainty there.

“200 migrants attack police cars sent to deport a single refugee in Germany and force officers to flee – buying their friend time to escape,” by Allan Hall, MailOnline, May 2, 2018
.

All this is straight from the Qur’an:

“Whenever they kindle the fire of war, Allah extinguishes it.” (Qur’an 5:64)

“Those who disbelieve in the signs of Allah and kill the prophets without right and kill those who order justice from among the people, give them tidings of a painful punishment.” (Qur’an 3:21)

“And prepare against them whatever you are able of power and of steeds of war by which you may terrify the enemy of Allah and your enemy and others besides them whom you do not know, whom Allah knows.” (Qur’an 8:60)

And so it is clear which group the Swedish government is prioritizing, in its ongoing race to commit national suicide. 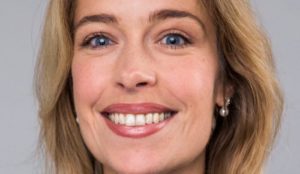 “Swedish minister says the country’s elderly are the problem and not refugees,” by Joshua Cullen, Voice of Europe, April 29, 2018:

Sweden’s Minister of Social Affairs, Annika Strandhäll, told newspaper Aftonbladet that the country’s elderly and not refugees, are overloading the healthcare system….

An unaccompanied refugee “child” has been sentenced to 6 months of youth detention for raping a 12-year-old girl in Sweden. In a police interview, the Syrian said that he did not know it was illegal to have sex with a child. The teen has also been convicted of other serious crimes, but will not be deported.

Swedish Moonbat who accompanied two Afghans to prove that xenophobes are wrong, is raped and abused

An underage rape victim has been summoned to the Swedish police to pick up the rapist’s used condom, which has sparked both outrage and the launch of an internal investigation.

Following the rape of their daughter, a family in the Swedish city of Borås received a police call to retrieve the objects seized a few months ago. Among them were four things, including a plastic bag with a used condom, the Expressen daily reported.

In addition to the condom in a plastic bag, the girl was given a pair of underwear, a bed sheet and a garbage bag.

The news sent ripples through Swedish social media, with many users expressing their disbelief at the incident, suggesting it must be “fake news” or a “belated April Fool’s joke.” While many raged against the insensitivity of the police, some also expressed their understanding for the just “doing their job” part.