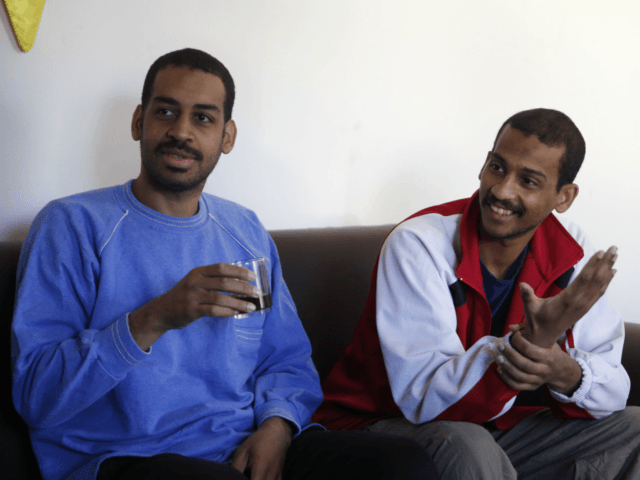 “The Home Secretary’s decision in this case is subject to a general provision of that statute that makes it unlawful for a minister to take a decision that is incompatible with the Convention rights,” noted the London-based lawyer.

Human rights barrister Ben Keith added: “If the High Court was to  refuse to hear or dismiss the challenge, European proceedings could follow quite quickly, in a matter of months.”

“To my knowledge the US has never failed to give assurances to Britain over the death penalty when asked,” he told The Telegraph. “It is bizarre, surreal they have not been asked to provide them.”

The ECHR has previous form in demanding that liberal standards of justice be upheld for terror suspects, in 2010 overturning a High Court decision made in Britain relating to Iraqis accused of murdering two soldiers.

Britain was ordered to pay damages to Faisal al-Saadoon and Khalef Hussain Mufdhi after the court in Strasbourg ruled that Britain had violated the human rights of the pair by putting them “at real risk of being subjected to an unfair trial followed by execution by hanging” when they were handed over to Iraqi authorities.

This point is often stressed by EU loyalists after the European Court of Human Rights has handed down a ruling in favour of a terrorist, murder, child abuser, or other dangerous criminals, but “it is in practice not possible [to leave the ECHR and remain in the EU]” — at least according to Lord Falconer, who was asked about the relationship between the two as constitution minister in 2006.

“I say ‘in practice’ because the EU has made it clear that they expect all members to adhere to the ECHR. Indeed we make it a condition as a European Union before anybody who is new joins in …. to all intents and purposes, I believe it is not possible to be a member of the EU and to have left or denounced the ECHR,” he explained.

Indeed, a guarantee to remain subject to the ECHR is one of many concessions Prime Minister Theresa May has made to the EU in her ultra-soft Chequers plan for Brexit.

One thought on “Bleeding Hearts For Islamic Headchoppers”