Is Europe closing its ports to African savages?

Italy refuses to accept all migrants arrested in the Mediterranean – but not just Italy, but the rest of Europe as well. There are no commitments from other EU countries to accept rescued migrants. The five-week deadline that the Italians have set will probably no longer be met, “it said in agreement in EU diplomatic circles.

The Italian EU Ambassador had urged a resolution to the problem at the PSK meeting on Friday, reports the “World” on. Last Friday, the EU’s diplomatic service (European External Action Service – EEAS) had presented to the Member States a comprehensive review of the naval mission “Sophia”.

Point 161 of the report, which was supposed to address Italians’ demands for the opening of new ports by other EU countries for rescued migrants, had been left open. (More below the fold) Viltaïs is a charity given the responsibility by the French state to care for the Varennes-sur-Allier’s migrants. They are financially backed by the government and are housing the migrants in a care centre.

According to the migrants, they are being treated unfairly, “it’s a lack of humanity” they say… 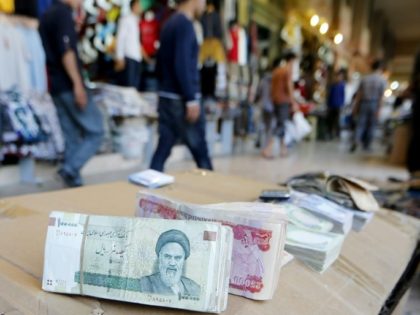 Iranians reportedly gathered in Tehran’s Meydan-e Vali Asr Square, lighting up garbage cans and chanting slogans such as, “The mullahs need to get lost.” Others chanted, “No Gaza, not Lebanon, my life is for Iran,” “death to the dictator,” and “Reza Shah, may your soul be happy,” in reference to the late grandfather of Iran’s Crown Prince Reza Pahlavi, currently living in exile outside of Iran.

Philippines President Rodrigo Duterte is considering sending a frigate warship to Libya to save three Filipinos and a South Korean man kidnapped from a water plant in the troubled country, a CNN report revealed Friday. 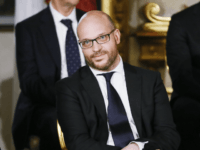 Italy’s Minister for the Family has called for the repeal of a hate speech law after aggression against a black athlete triggered widespread accusations of generalized Italian racism.

The Nigerian woman, Daisy Osakue, was injured earlier this week when a man threw an egg at her from a moving vehicle, striking her in the face. According to Osakue’s own account, the aggressor had probably mistaken her for a prostitute. According to reports, some 80 percent of female Nigerian immigrants into Italy wind up in prostitution, often against their will.

The racism card is used “to point the finger at the Italian people, falsely accusing them of every abomination, to make the majority of the citizens feel guilty for their vote and for the intolerable distance from the rhetoric of the groupthink,” he said.

On July 22, Italy’s Foreign Minister Enzo Moavero Milanesi said after a meeting with Federal Foreign Minister Heiko Maas (SPD) in Berlin that his country would only accept the “Sophia” migrants for a transitional period of “five weeks” to the end of August. Until then, new rules of engagement would have to be found and other EU countries would accept the migrants. Originally, the Italian foreign minister said in a letter to the EU foreign policy commissioner Federica Mogherini in mid-July that from now on, no more migrants picked up by “Sophia” would be accepted.

Lifeboats private organizations are no longer allowed to invest in Italian ports anyway.The EU Naval Mission “Sophia” launched in the summer of 2015. The mission’s objectives are to deploy smugglers and smugglers on the high seas, as well as to train the Libyan Coast Guard. Since the beginning of the mission two years ago, the ships deployed have brought about 45,000 migrants to Europe. (Dts / so)

4 thoughts on “African savages complain about (our) “lack of humanity””