The German Government is the Enemy of the People

Merkel lackey Steinmeier affirms the Coudenove-Kalergi plan: Germans as a people must be replaced by African & Arab savages. Like his British colleague Jack Straw before him, who said “the English as a Race are not worth saving” this miscreant just declared that Germany as a nation should be replaced. 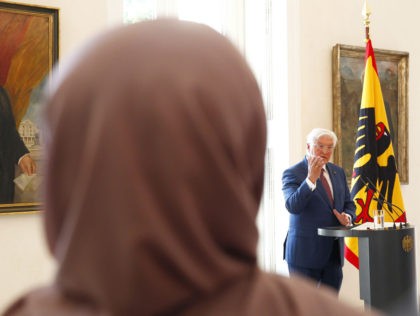 Salvini Threatens To Take Rescued Migrants Back To Libya

“Threatening” is not nearly enough. He must put them on the next available ship and sent them off. 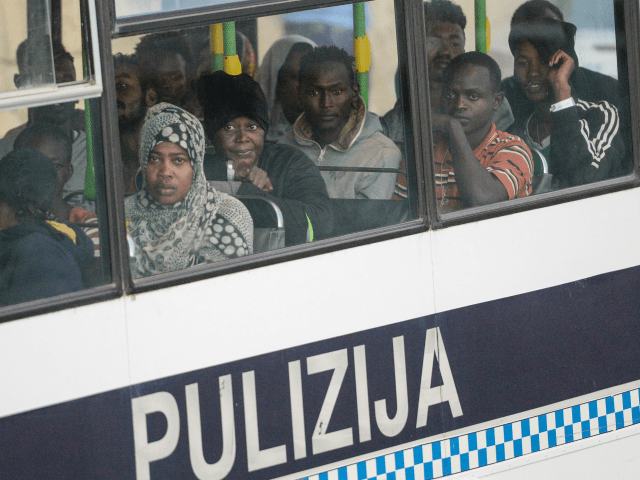 Italian populist Interior Minister Matteo Salvini has threatened to start returning migrants back to Libya if other European Union countries do not start taking in rescued migrants.

Salvini’s comments came after 190 migrants were rescued by the Italian coastguard near Malta last Thursday with 13 migrants being taken to Lampedusa for emergency medical treatment while the rest were taken in by Malta. When the Italians attempted to return the 13 migrants following their treatment, the Maltese government refused to allow them entry Der Spiegel reports.

“Either Europe is seriously choosing to help concretely in Italy, starting with the 180 immigrants aboard ‘Diciotti’ for example, or we will be forced to do what will end the trafficking business forever. That means escorting people taken back to Libya at sea,” Salvini said.

So far only one vessel, the Asso 28, has taken migrants back to Libya after rescuing them. In July the vessel rescued 108 migrants off the Libyan coast and worked with the Libyan coastguard, subsequently receiving a tirade of criticism from migrant rescue NGOs and others who claim Libya is not a safe country for migrants to return to.

Some have accused Salvini of ordering the ship to return the migrants to Libya, although he has denied such claims.

Shortly after assuming the office of Interior Minister, Salvini did visit the government in Libya and struck a deal to help the government combat illegal migration both off the coast and in the south of the country.

“The Italian government will uphold the need to protect the frontiers to the south of Libya, because neither Italy nor Libya can be alone in shouldering the burden of this illegal immigration,” Salvini said.

Tensions between Italy and Malta look set to continue following a statement by Maltese head of state Joseph Muscat on Sunday who said he would be looking to send 120 migrants to Italy claiming they had been in the country previously and came to Malta in search of work.

Muscat argued that despite the migrants coming through legal channels, they lacked work permits and would be deported to Italy.

12 thoughts on “German President: There are ‘No Native Germans, We are a Nation of Immigrants’”