Whilst there are numerous sources, including the Qur’an, which tell us believing males will be rewarded with virgins, many who are concerned about the authenticity of the 72 virgins concept are under the misconception that there is only one weak (da`if) reference to the exact number of houri given to them. These narrations are in fact found in many hadith collections with varying levels of authenticity, ranging from hasan (good) to sahih (authentic).

This article discusses what the Qur’an, hadith and Islamic scholars say about the 72 virgins, and dispels popular misconceptions surrounding them. 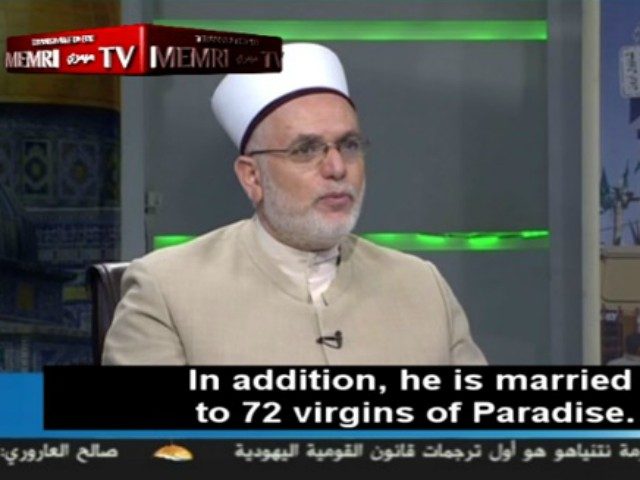 JERUSALEM – Hamas TV recently aired a broadcast of a Gazan Sharia judge urging Palestinians to take up jihad and renounce their attachment to this world, promising them that martyrdom will come with full absolution and marriage to 72 virgins.

Sheikh Omar Nofal, who is a judge in Gaza’s Sharia appeals court, asked on Hamas’ Al-Aqsa TV channel: “How can anyone cling to this world after hearing all of these great rewards?” Nofal said that Jihad is “an individual duty incumbent upon the entire nation.”

He praised Palestinian youth for renouncing life in this world and hastening to become martyrs.

“This is one of the secrets behind the fact that the Palestinian people have emerged victorious in all battles. You can see that when the rockets are raining down, our young people march toward martyrdom,” he said last month in a sermon translated this week by the Middle East Media Research Institute (MEMRI).

He mocked Israelis, including the IDF, police and civil defense, for having “panic attacks” when they hear sirens — apparently referring to the code red sirens alerting residents to incoming rockets — or when they encounter attack balloons.

“The martyr gets six rewards. First, he is absolved with the first drop of his blood. The moment the martyr’s blood is shed, all his sins are absolved by Allah,” Nofal added. 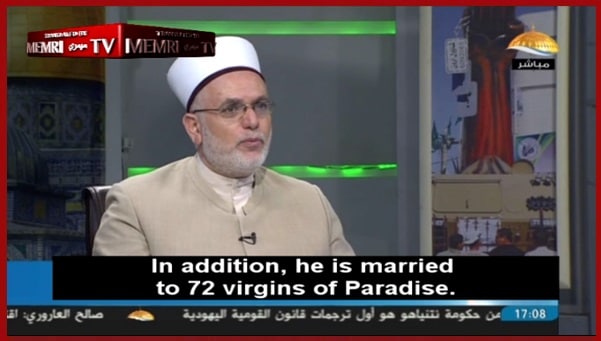 Nofal described the martyr as a “unique and special person” who is separate from the rest of the nation.

His marriage to 72 virgins means that “he is granted, in Paradise, some of the things he wished for in life, but they are magnified to a degree that the human mind cannot comprehend.” 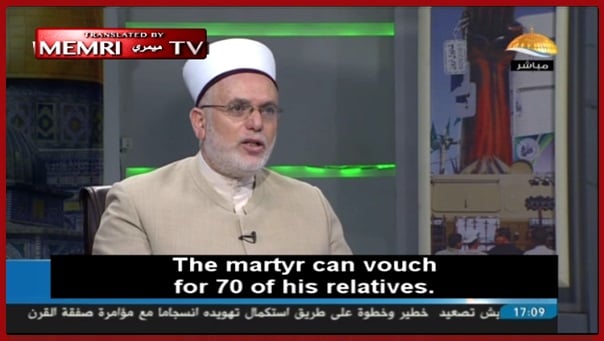 Nofal further ranks the levels of martyrdom, saying that the highest level is when a person is killed while fighting for the sake of Allah and not when he is in retreat. 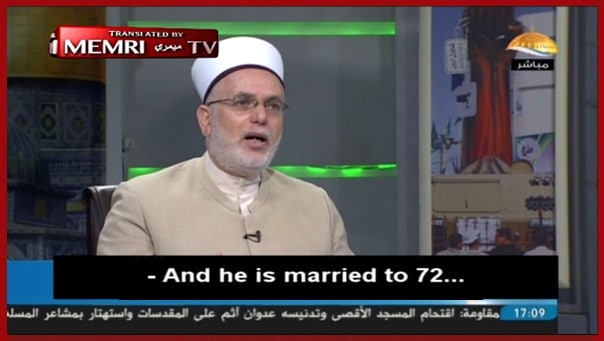 “Regarding the situation in Palestine I say that Jihad is an individual duty incumbent upon the entire nation. Nobody is allowed to forsake this Jihad,” Nofal concluded.