Hundreds of African thugs who threw rocks at police and terrorised a Melbourne suburb were just ‘kids being stupid’, according to Sudanese community leader

A Sudanese community leader has spoken out in defence of his community’s youth after they were accused of terrorising a Melbourne suburb earlier this week.

Following the violence, the riot squad had to be called to a park in Taylors Hill, west of the city, after a fight over a failed relationship escalated to widespread violence.

The groups then descended on a basketball court in Melbourne’s suburban north-west on Wednesday evening ‘for war’, forcing terrified locals to hide indoors. 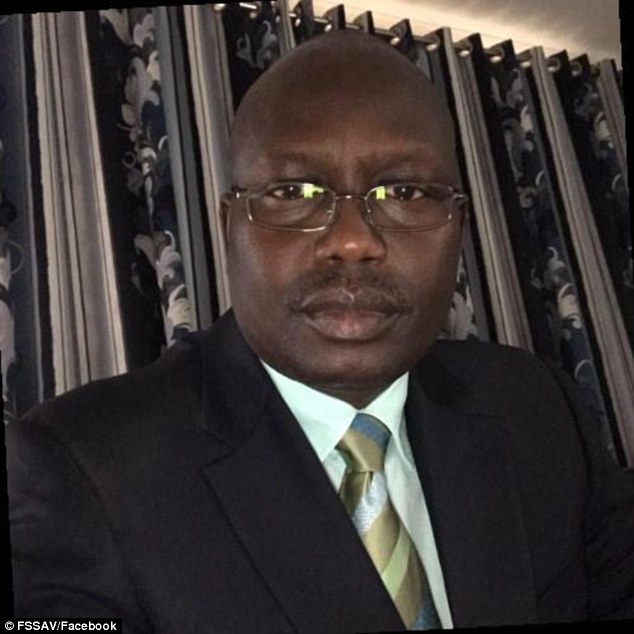 Earlier this week, the riot squad had to be called to a park in Taylors Hill, west of the city, after a fight over a failed relationship escalated to widespread violence

‘It’s the kind of thing that most young people do,’ Kenyatta Dei Wal told The Australian in regard to the behaviour

However, just days after the conflict, Chairman of Federation of South Sudanese Associations Kenyatta Dei Wal has lauded the riots as typical teenage behaviour.

‘It’s the kind of thing that most young people do,’ he told The Australian.

‘(It was) young people who are just behaving as young people and making stupid choices,’ he said. ‘There’s nothing significant about it.’

The comments follow conflict between a 100-strong group of youths, reportedly from an African background, which left locals fearing for their safety.

Heavily-armed riot police wearing bulletproof vests were pelted with rocks when they attempted to move the crowd on during the violence, while roads were closed and traffic was diverted. 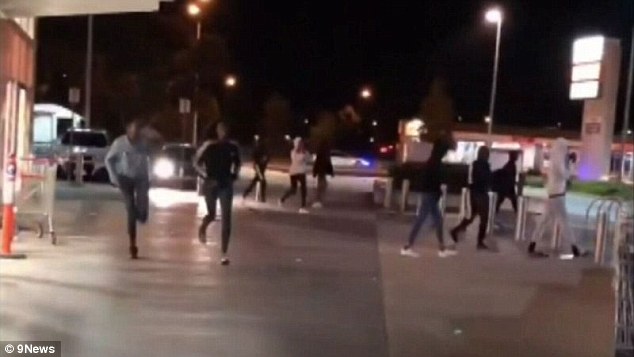 The groups then descended on a basketball court in Melbourne’s north-west on Wednesday evening ‘for war’, forcing terrified locals to hide indoors 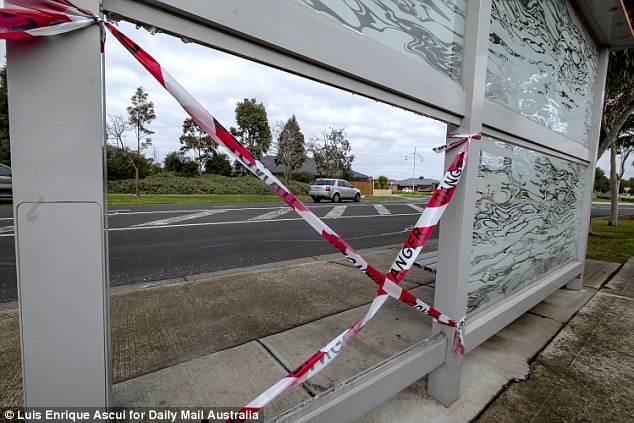 Riot police in bulletproof vests were pelted with rocks when they attempted to move the crowd on during the violence, while roads were closed and traffic was diverted

However, Victoria Police has been criticised for not making any arrests on the night, with some warning the situation was not under control.

‘In one area, there is a massive group the police said were Sudanese… there was another really large group of Sudanese and they basically said they don’t have it under control but there is a strong police presence,’ one person told the Herald Sun.

‘They told me to stay inside, lock the doors and yeah, it’s scary, I’ve got a nine-year-old and an 11-year-old, and they’re scared.’

Police told 3AW Radio the incident was arranged by two groups who had ‘pre-existing tension’ between them.

‘There is a cohort in that larger group that are known to us… They’d agreed to meet up there to have a fight,’ Commander Tim Hansen said. 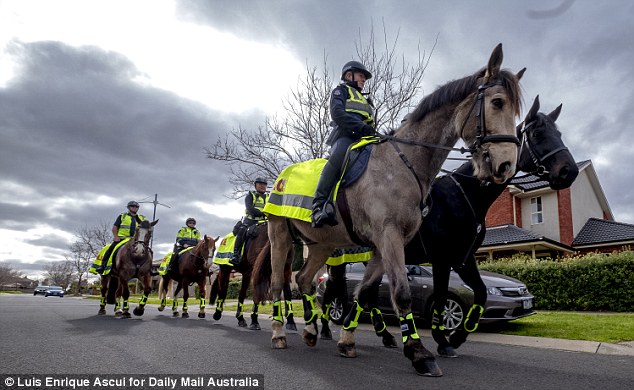 Victoria Police has been criticised for not making any arrests on the night, with some warning the situation was not under control

If we continue down this road we will soon be a nation of warring tribes:

PENBERTHY SHOULD FORGET HIS PIZZA AND GO SEE TAYLOR’S HILL

Is David Penberthy a liar or simply a fool?

Andrew Bolt… cited the suburb of Five Dock — the heart of Sydney’s Little Italy where our social fabric has been torn asunder through the service of excellent pizza — as yet another example of multiculturalism gone wrong.

Now read what I actually wrote:

We are clustering into tribes that live apart from each other and often do not even speak the same language in the street.

Check the new Chinese suburbs such as Melbourne’s Box Hill, where … Chinese is now spoken by 40 per cent of residents there and Chinese signs dominate in the shopping streets..

In Melbourne’s Clayton and Sydney’s Campsie, three-quarters of residents speak a language other than English at home and a third speak Chinese.

It’s not just the Chinese who tend to live with their ethnic tribe in the same suburbs, speaking the same language, following the same faith.

In Sydney’s Lakemba, nearly two-thirds of all residents are Muslim and nearly 70 per cent were born overseas.

In Melbourne’s Springvale, one in four residents speaks Vietnamese at home. Another 10 per cent come from China or Cambodia.

In Sydney’s Fairfield, one in four residents were born in Vietnam, Cambodia or China.

In Sydney’s Five Dock, long after the heyday of immigration from Europe, one in seven residents still speaks Italian at home…

Such colonising will increasingly be our future as we gain a critical mass of born-overseas migrants.

Like tends to attract like and these new colonies can then more easily keep their cultures thanks to satellite TV, the internet, and cheap travel.

This would already be a huge challenge to our sense of a common identity — an “us” to which we owe our loyalty and mutual support.

But this massive immigration challenge has been dumped on us exactly when we’re at our weakest.

We have for decades had activists, academics and politicians push multiculturalism — a policy to emphasise what divides us rather than celebrate what unites.

That has been made even worse by the new identity politics, and our sense of an “us” is now being shattered, deliberately.

What do we today share as Australians when we don’t even have a national day or flag we can agree on any more?

Nothing in that article suggested thar in Five Dock the “social fabric has been torn asunder through the service of excellent pizza — as yet another example of multiculturalism gone wrong”.

Penberthy isn’t an idiot, surely. He once edited newspapers, for heaven’s sake. Yet somehow he writes that to notice an increased tendency for immigrants to live in the same suburbs with language-speaking like, and to wonder if we can rely on the assimilation to work in the future as it did when my parents (and most Italians) arrived, is actually to claim our social fabric in Five Dock has already been “torn assunder”, and by pizza, no less.

Did Penberty know what I really meant and deliberately misrepresent it, or is he actually not bright enough to understand it?

If Penberthy wants a better illustration of our future, I suggest he not consult his pizza but go ask the residents of Taylor’s Hill how immigration and integration is working for them. Or maybe he could sit in on a meeting in Bankstown of Hizb ut Tahrir and crack his jokes about pizza there.

The strange thing is that Penberthy himself just two years ago made much the same arguments as the ones he now criticiises, albeit in his typically yeah-but-nah-but-yeah way:

One of the problems we have is that we are not nearly forceful enough in asserting our values to new arrivals, and ensuring through our schools that those values are reinforced.

One of the best examples of this wooly thinking came in the Hunter Valley a few years ago when discussion took place as to whether, given the support for female circumcision among some refugee communities in the area…

5 thoughts on “Import savages from Africa & end up with African conditions….”