London Mayor Sadiq Khan is proposing that the streets around Parliament become pedestrian-only areas. Mr. Khan says the action is necessary to forestall vehicular jihad attacks like the one that occurred yesterday in Westminster.

In other news, 524 migrants traveling in 12 boats were “rescued” by the Spanish maritime rescue service in the Strait of Gibraltar.

Jack Buckby of TheRebel.media: Why aren’t we looking at real solutions? Like tackling the source of terrorism? 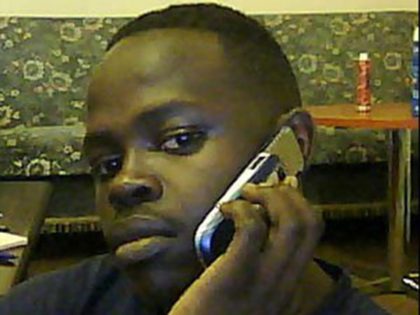 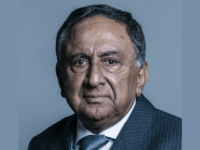 A zebibah is a mark of distinction — or disfigurement, depending on your point of view — that is often found on the foreheads of pious Muslims. It is caused by the frequent (five times a day) banging of one’s forehead on the floor of the mosque while praying. It marks the possessor as a devout Muslim. If you belong to a “radical” sect of Islam, not to have a zebibah may be considered suspicious, a sign of insufficient religious zeal.

Here’s a selection of zebibahs of varying styles and intensities: 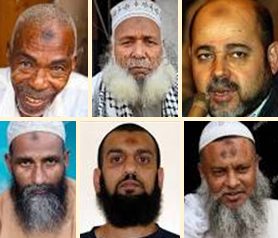 Yesterday a man named Keenan Jones shot up a Walmart in suburban Philadelphia, wounding several people before fleeing. Later he was captured by police and taken into custody after putting up violent resistance.

When I first saw the headlines last night, the likelihood of jihad seemed remote — the gunfire started after an argument in the checkout line. Besides, this was in Philly, after all, which ranks just behind Chicago and Baltimore in its incidence of gun violence, most of it by African Americans.

And then this morning I saw the mug shot of Keenan Jones: 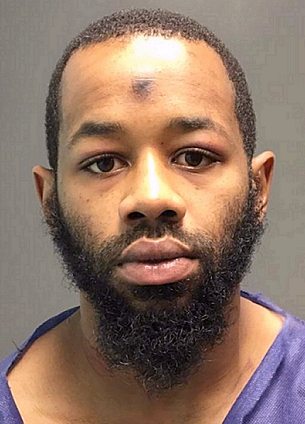 In addition to the distinct zebibah, he has a full, bushy beard, which is another indication of the presence of Islam. I may be paranoid, but I’d bet a bill that this guy is a Muslim. They don’t give his Muslim name in the news articles, but I’m sure he has one.

Mr. Jones has been convicted of felonies in the past, which means he has most likely spent time in prison. That’s probably where he converted to Islam — Muslim chaplains do intensive da’wah in the U.S. prison system. Many black men who enter prison as nominal Christians come out as practicing Muslims.

One more thing — Mr. Jones “told the judge he has mental-health issues.” That seems extremely likely; there is a strong correlation between Islamic belief and mental illness. But in addition, banging your head on the floor every day hard enough to build up a zebibah is likely to cause brain damage. If I’m not mistaken, there have even been medical studies corroborating what common sense would tell us.

Below the fold are excerpts from an article about the Walmart incident from Philly.com:

END_OF_DOCUMENT_TOKEN_TO_BE_REPLACED

One thought on “Londonistan: Muslim mayor wants to ban cars”