Watch this interview to get an idea how obtuse Australia’s journaille is:

The interviewer  is a rather annoying  blonde, who resorts to battering Fraser Annings over his politically incorrect views.

Why do good people go out of their comfort zones to be ridiculed, abused and ostracised? Because they understand the threat.
Senator Fraser Anning spoke the truth and so does everyone at the Australian Liberty Alliance. We don’t apologise for speaking the truth.

Yes, Mohammedans are overall welfare bludgers & criminals. This is deeply rooted in their ideology. They suck the hatred in with the mothers milk. But there’s much more to it than that.

The evidence is clear to see for all those who have eyes to see. That doesn’t apply to our deplorable Oz media tards, who show no intellectual curiosity whatsoever and regularly vilify those brave enough to call things by name: “One immigrant group here and in other western nations that has consistently shown themselves to be the least able to assimilate and integrate is Muslims.”
Senator Fraser Anning is being condemned after calling for a ban on Muslim migration. #9Today

A series of firebombings have hit Melbourne’s suburbs as part of an escalating gang war.

Properties linked to Mohammed Oueida, a significant organised crime figure who spends much of his time in the Middle East, were badly damaged in the fires.

Australians can’t have a say on immigration because Holocaust

Some people might think that the people of a nation have the right to a say on who can immigrate to their country. Those people are Nazis.

This is the message the political establishment and the mainstream media are pushing in a suspiciously concerted fashion following Fraser Anning’s beautiful, breakthrough maiden speech on Tuesday.

Surely anyone with a triple-digit IQ is smart enough to see this for the clumsy propaganda it is (while anyone south of such a figure will presumably be too mystified to follow so tortured a narrative). In fact, it’s a promising sign that these out-of-touch oligarchs have nothing more convincing than bizarre historical allusions and Anne Aly’s tears up their collective sleeve.

“Last night, Senator Fraser Anning used his first speech to Parliament to argue that all Muslims should be banned from migrating to Australia.

He said there should be a national vote to decide who can enter Australia, calling this the “final solution”.

In other words, he was appealing to the quaint notion that the will of the people should be the final arbiter in a democracy.

“Senator Anning says he won’t be apologising for using that phrase — “If people want to take it of context, that is entirely up to them,” he said — but his use of language most commonly associated with the Nazis has been condemned by both the Coalition and Labor.

Here’s how the term came to prominence and why it’s so controversial.

Andrew Bonnell, Associate Professor in History at the University of Queensland, says that’s when Hitler’s lieutenant Hermann Goering wrote to another high-ranking Nazi, Heinrich Himmler’s deputy Reinhard Heydrich, and commissioned him with carrying out what the Nazis called “the final solution of the Jewish question”.

“That was in a sense the commencement of what we today refer to most commonly as the Holocaust,” Dr Bonnell explained.

The following January, the notorious Wannsee Conference was convened by the leaders of Nazi and German state agencies.

There, they discussed how to implement the final solution and coordinate their efforts towards the mass deportation of Jews to extermination camps and killing fields.

It’s estimated that 6 million Jews were killed in the Holocaust.

No, it is legislated that 6 million were killed, and anyone who doubts it in public has their life destroyed.

Be that as it may, the Senator was obviously alluding to no such thing (unless, of course, he was cleverly goading the left into spazzing out as spectacularly and predictably as they have done—in short, unless the old larrikin was trolling them…).

But if this was intentional bait, and they took it — more fool them!

Just look at the patent absurdity of this narrative. Once upon a time in the Bad Old Days, Hitler decided to kill all the Jews FOR NO REASON except that he was evil. Therefore, Australia must accept infinite non-white immigration forever.

It’s not only intellectually but also morally shameful, the way these pearl-clutchers are carrying on. I don’t have a problem with respecting the Jewish dead of 80 years ago, but what the institutional(isable) left is doing here is tantamount to grave-robbing: digging up corpses for profit — or to take one lurid detail of the Holocaust narrative, ripping out the teeth of dead Jews and melting down the fillings into what these ghouls hope will prove solid-gold political capital.

Of course, as long as they insist on bringing it up, there actually is a sense in which the Holocaust is relevant to the themes of Fraser Anning’s speech.

What the Holocaust, or indeed any other story of ethnically-based persecution, shows is that ethnic minorities live a precarious existence when surrounded by aggrieved majorities.

Now, the same people clutching their pearls right now are the ones who never shut up about “white privilege” and how nothing must get in the way of the plan to fill all formerly white countries up with masses of racially incited non-whites, who are told that our countries and our future belong to them as some kind of recompense for historical wrongs.

If we don’t listen to Senator Anning, we’ll soon wish we had. 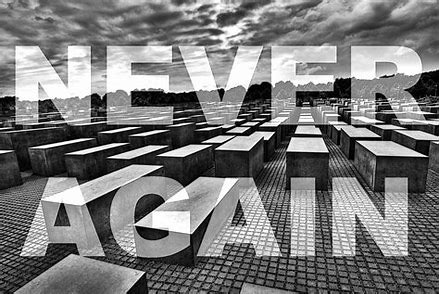