Germany’s Angela Merkel: ‘Islam is not the source of terrorism’

“I think, those countries, first and foremost have to give a contribution. Because only in this way we would be able to convince people that it is not Islam that is the source of terrorism. But a falsely understood Islam,” she said. …

“I expect from religious authorities of Islam to find strong language in order to delimitate peaceful Islam from terrorism committed in the name of Islam. We, as non-Muslims, cannot do this, it should be done by Islamic clergy and authorities,” she added. The following video shows an excerpt from the live-stream coverage of a protest during a recent visit to Dresden by Chancellor Angela Merkel. A large crowd of anti-immigration demonstrators — supporters of PEGIDA and AfD — gathered alongside the route to greet Mrs. Merkel with banners and shouted slogans.

Irony of ironies, while all this was going on, a breaking news report appeared on the crawl ribbon at the bottom of the screen about an Afghan with a knife who was terrorizing downtown Dresden (see “The Knife of Peace Comes to Dresden”).

Kind of says it all, doesn’t it?

END_OF_DOCUMENT_TOKEN_TO_BE_REPLACED

An Update on the Somali Doctor-Killer in Offenburg

As we reported a couple of days ago, a Somali culture-enricher in Germany entered a doctors office in Offenburg carrying a knife, and without warning stabbed the general practitioner to death.

The report below adds a few details about the case — the most significant one being that the doctor was killed in front of his 10-year-old daughter.

END_OF_DOCUMENT_TOKEN_TO_BE_REPLACED

Facebook was a catalyst for anti-migrant violence in Germany, study concludes 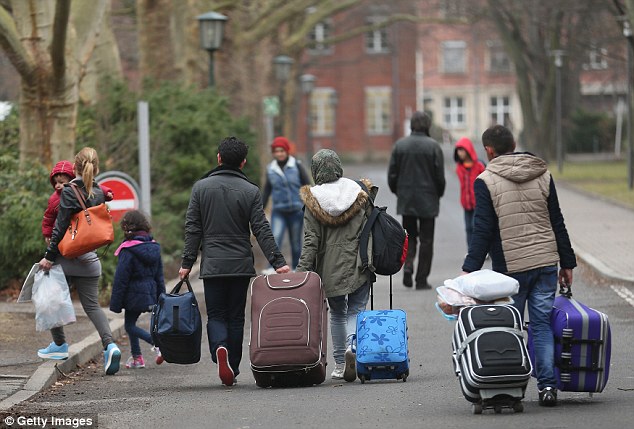 Facebook may have been a catalyst for anti-migrant violence in Germany, according to a new study (file picture)

The study follows German Chancellor Angela Merkel’s 2015 decision to open borders to more than a million migrants – many of them refugees from war zones in Iraq, Syria and Afghanistan.

The Jews, useful idiots for the caliphate:

Minister for Multicultural Affairs Robin Scott announced the projects today, which will be delivered by Jewish and Muslim community organisations to reduce Islamophobia and anti-Semitism.

The Islamic Council of Victoria will receive $26,000 for to establish a capture and reporting platform for incidents of Islamophobia. …

4 thoughts on “Mufti Merkel: ‘Islam is not the source of terrorism’”