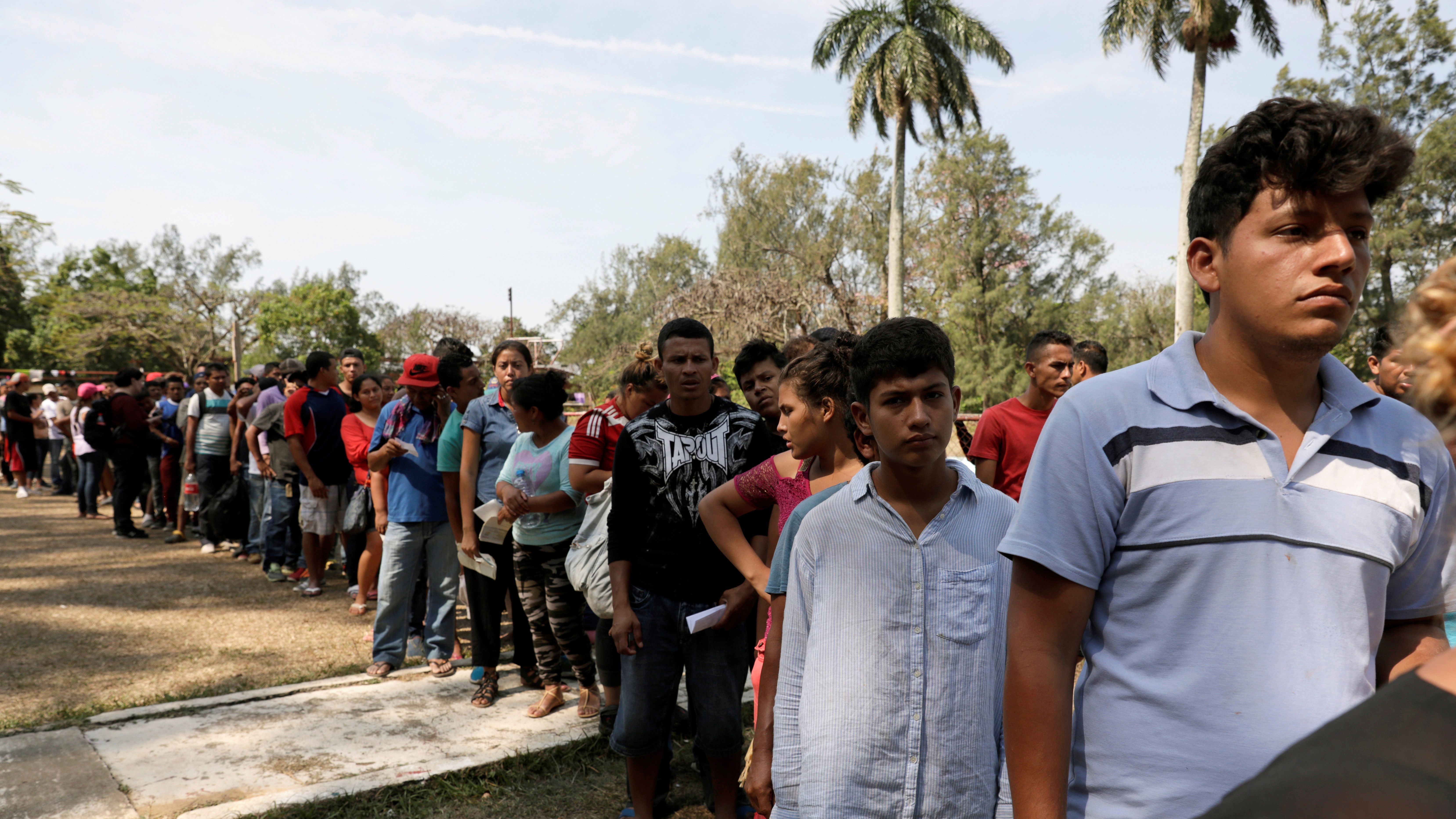 On the migrant queue.

193 countries around the world agreed on a set of principles to tackle the global issue of immigration. These are contained in the “Global Compact for Migration,” a 34-page document crafted by United Nation members states.

One of the compact’s key goals is making migration more “orderly” (read: legal). But it also emphasizes creating more avenues for people to migrate legally and ensuring that human rights are respected. “Migration has been part of the human experience throughout history, and we recognize that it is a source of prosperity, innovation and sustainable development in our globalized world, and that these positive impacts can be optimized by improving migration governance,” it reads.

Good luck selling that vision to Donald Trump. On the very same day the UN unveiled the compact’s final text, the US president lectured UK Prime Minister Theresa May about how corrosive he considers immigration to be on European culture. The US is one of two countries that are not backing the compact; Hungary is the other.

Earlier this week, Hungarian foreign minister Peter Szijjarto said his country won’t be signing on to the compact, which he called “extreme and biased.” This pact poses a threat to the world from the aspect that it could inspire millions (of migrants),” he said at a news conference.

Even some leaders from participating countries are currently espousing views and implementing policies that go against the compact’s spirit. In Denmark, the government has decided to single out children in neighborhoods with a high proportion of immigrants by requiring them to learn about Danish culture and religious traditions. In Italy, foreign minister Enzo Moavero has threatened to close off his county’s ports to EU ships carrying rescued immigrants.

Still, some see the compact as an important step to increase international cooperation on immigration, despite the different attitudes about it around the world. “Those differences are not going to go away, but the compact provides a framework in which countries can try to find some common ground,” says Kathleen Newland, senior fellow and co-founder of the Migration Policy Institute, a Washington D.C.-based think tank.

The pact’s official adoption ceremony will take place in Marrakesh in December. While agreement is non-binding, and its goals are aspirational, Newland says that over the long-term, it could help shape how countries deal with immigration. Already, it’s taking into account the perspectives of immigrants’ home countries, which are not usually top of mind for officials in destination countries.

Here are the compact’s 23 objectives: Nathan is one of the few publishers in France which benefits from government contracts, so their books are read by almost all of France’s comprehensive school children.

Nathan has now published a sex education manual entitled “How to make babies?”. The 32-page book, which is written for children from 5 years of age, will be given to France’s state run kindergartens, with millions of children in attendance.