Manne Lucha: “Who are you going to believe, me or your lying eyes?”

Why shouldn’t Infidels hate Muslims, given that so many Muslims are taught, and do believe, those many Qur’anic verses that tell them to kill Infidels,, to strike at their necks, and so on? And if many of them not only believe these murderous commands, but act on them, as this latest stabbing — there have been so many — shows, it would be crazy not to be deeply suspicious of all Muslims, who read the same Qur’an, the same Hadith, that inculcate the same murderous hatred.

we will not let up in our continuing integration efforts across this city and beyond.

But did he particularly warn against those immigrants who are bringing undesirable beliefs and norms into Germany? No, instead, he slammed the German people who are rightly unnerved by the stabbings, accusing them of politicizing the stabbings, but he was the one doing the politicizing:

We will not allow ourselves to be divided by people who would abuse this terrible act for political purposes by spewing hatred and malice on all of us who stand up for unity in this city.

Shame on Lucha. Germany has been afflicted, like other European countries, with random stabbings, jihad attacks, mass rapes and sex assaults. German authorities even put up signs for migrants in public pools telling them what constituted inappropriate touching. Anti-semitism has also escalated in Germany (and elsewhere); even Angela Merkel pinned the rise on the growing Arab population.

Germany’s Deputy Finance Minister Jens Spahn once admitted that “imported imams lead to social disintegration” because of the Arabic language used to preach unsettling directives in mosques. So Spahn called for an “Islam Law” that would force a ban of Arabic sermons.

Germany’s integration Minister Manne Lucha is in a panic about the problem he has with migrant integration, a problem he would rather blame on the German people, who are tolerant and pluralistic, and were too welcoming to begin with.

Many German citizens are only now realizing what a big mistake an indiscriminate immigration policy has proven to be. 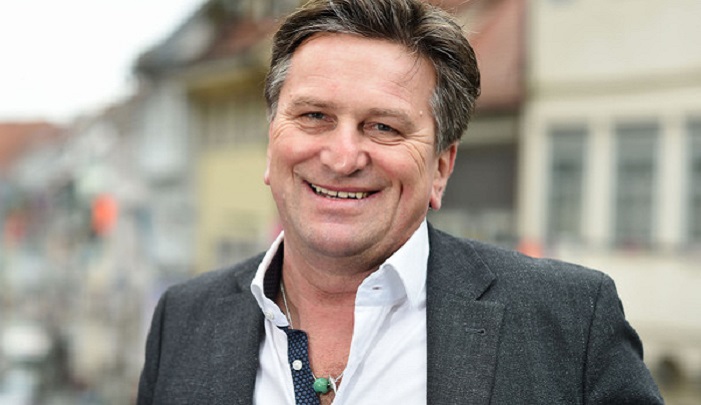 A 21-year-old asylum seeker was taken into custody on Friday following the broad daylight attack in the Baden-Wuerttemberg town, which saw the migrant stab two passers-by at a bus stop before knifing a 52-year-old who tried to stop him with a restaurant chair several times.

Two Syrian asylum seekers aged 19 and 20 and a German were rushed to hospital, with one of the three having suffered life-threatening injuries, according to police.

Prosecutors said the suspect, who was previously reported to be 19-years-old, was suffering from mental illness and has been taken to a psychiatric facility, and revealed that the background of the attack was thought to be a workplace dispute.

Local media reports that the Afghan “had intended to settle this conflict with a colleague” on Friday afternoon in the town centre, but decided to attack random pedestrians when he didn’t show up.

Appealing for citizens to “stand together now”, Baden-Wuerttemberg integration minister Manne Lucha claimed he was shocked that such violence had taken place in Ravensburg.

“It goes without saying that the perpetrator will be held accountable with every means available to us … and, at the same time we will not let up in our continuing integration efforts across this city and beyond,” the Green politician said.

But he added: “We will not allow ourselves to be divided by people who would abuse this terrible act for political purposes by spewing hatred and malice on all of us who stand up for unity in this city.”….

Will the MINISTER OF INTEGRATION DEMAND THAT MUSLIMS DROP THE MALICIOUS DOCTRINE “AL WALAA WAL BARAA” FROM ISLAM ???

ISLAM HAS A DOCTRINE OF HATE and MALICE : ‘AL WALAA WAL BARAA’

– Obligation to Hate Kufaar: “With regard to matters of love and hate in the heart, the Muslims’ attitude towards non-Muslims is based on the latter’s attitude towards Allaah. If they worship Allaah and do not associate anything in worship with Him, then they love them. If they associate others in worship with Him, or disbelieve in Him, or worship others alongside Him, or are hostile towards His religion and hate the truth, then it is obligatory to hate them in our hearts.” – Sheikh Muhammed Salih Al-Munajjid

‘Baraa’ is HATRED towards Kafirs ‘for the sake of Allah’…Al Bughoud or Al Mu’adaat (hatred) is the opposite of Al Muwalaat (love towards Muslims). Baraa is:
– To Hate
– To keep distance from
– To be enemy to
– To desert
– To decline to help
– To disrespect
– To put down
– Not to ally with
– Not to support

Allah ordered Muslims to have Baraa (to be cleansed) from the dirty kufaar and from kufr and shirk.

-Shaykh Ahmad ibn ‘Atiq said:
“There isn’t in the Book of Allah the Exalted – after the issue concerning the obligation of tawheed and the forbiddance of its opposite (kufr=wrong belief)- any issue which has as so many proofs, nor so clearly explained, than the issue of al-walaa’ and al-baraa’.” (W-B is ‘Islamic apartheid’)

– from Umar Sulayman ‘Abd-Allaah al-Ashqar, “Belief in Allah”: “The Muslim should regard the Kuffaar as ENEMIES and HATE them because of their kufr (wrong belief), just as he hates their kufr (disbelief) itself.”

– from [Chap.iv] “The Islaamic Concept of al-Walaa’ wal-Baraa’” by Khalid El-Gharib: “… to SHOW ENMITY to those who show enmity to Allaah and His Messenger”.
(Note: Muslims are to visibly demonstrate their ENMITY or HATRED towards the kufaar)

– from a lecture given by Sheikh Abdullah al-Faisal (H.A.): “The implication of al-Baraa is that one HATES for the sake of Allah (SWT)…Al-Baraa means to recognize who your enemies are and to HATE them and EXTERMINATE them in their Endeavour to get rid of your Deen, al-Islam…Al-Baraa is to HATE the people who propagate Baatil (falsehood)—the Muslim should HATE them and (at least desire to) KILL them when the time comes.”
(Note: not ‘if the time comes’, but ‘WHEN the time comes.)

– “Killing a Kafir who is fighting you is OK. Killing a Kafir for any reason (i.e. criticism of Islam), you can say, it is OK – even if there is NO REASON for it. You can poison, ambush and kill non-believers. You must have a stand with your heart, with your tongue, with your money, with your hand, with your sword, with your Kalashnikov. Don’t ask shall I do this, just do it.”Abu Hamza al-Masri (Egyptian born British Cleric)

– “As a Muslim, I must have hatred for anything non-Islam” – Anjem Choudary.

One thought on “Germany: where does this ‘hatred & malice’ come from?”