“We are a host country, but we do not want any more illegal immigration.” 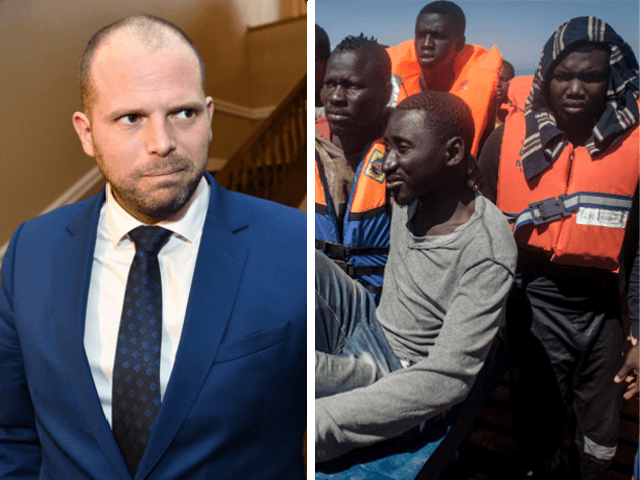 “First we have to fix the front door, fix the back door, and then we can find a compromise on who is doing what,” he told reporters in Luxembourg, stressing that Europe must put a stop to illegal immigration before the bloc can discuss matters like “who is put in which [EU nation]”.

“I have been making a plea for us to take the Australian approach, which tells migrants, ‘You will not make Europe your home’,” the Belgian minister said, advocating that EU nations follow the antipodean government’s policy of pushing back boats carrying third world migrants.

Since 2013, Australia’s ‘Operation Sovereign Borders’, which sees boats either sent back to their place of departure or escorted to Pacific island processing centres, has brought illegal immigration by sea and the accompanying drowning deaths almost to a complete halt.

“We also need a deal with Tunisia, much like we have with Turkey, so people who depart from Libya can be rescued at sea and brought back to Tunisia,” Francken said, adding that nations could use money saved from ending illegal immigration to focus on importing refugees from camps, or on giving aid to help displaced people in the region.

“I have been promoting such an approach for months, and will continue to do so. Because I am convinced that if every door to Europe were closed then all countries would be willing to show more solidarity,” he argued.

Unless Brussels acts to allow countries to shut the border “there will be no more European Union or Schengen area in five years. It’s as simple as that,” stated the New Flemish Alliance (NVA) minister.

While noting that Belgium has been “among the best” EU nations with regards to resettling asylum seekers who entered Greece and Italy, Francken said: “We are a host country, but we do not want any more illegal immigration.

“The population does not want any more of it, nor do people in Germany and Austria. Like the Italians, we say ‘Enough!’” he told reporters.

Reporting on the meeting, Reuters said talks for agreeing a system in which member states share responsibility for asylum seekers remained in a “deadlock”, and that anti-mass migration ministers have “taken heart” from Italy’s hardline stance on the issue.