Interesting that all the women’s rights groups in this country say nothing about the plight of their “sisters” in Muslim countries. But what should we despised infidels do about the problems  Mohammedan females have with their pasha’s?

Rabia Kazan has witnessed first-hand the mistreatment and abuse of women in Iran who live under Sharia law, and she knows millions more are suffering and even dying from honor killings, female genital mutilation, child sex trafficking, and child marriage across the Middle East. Kazan and almost two dozen other women from or with roots in the Middle East spent two days in Washington, DC., to share their stories and to take their message directly to President Donald Trump and Congress. They said they are grateful for Trump’s willingness to confront these issues and will do their part to help him get elected to a second term in 2020. 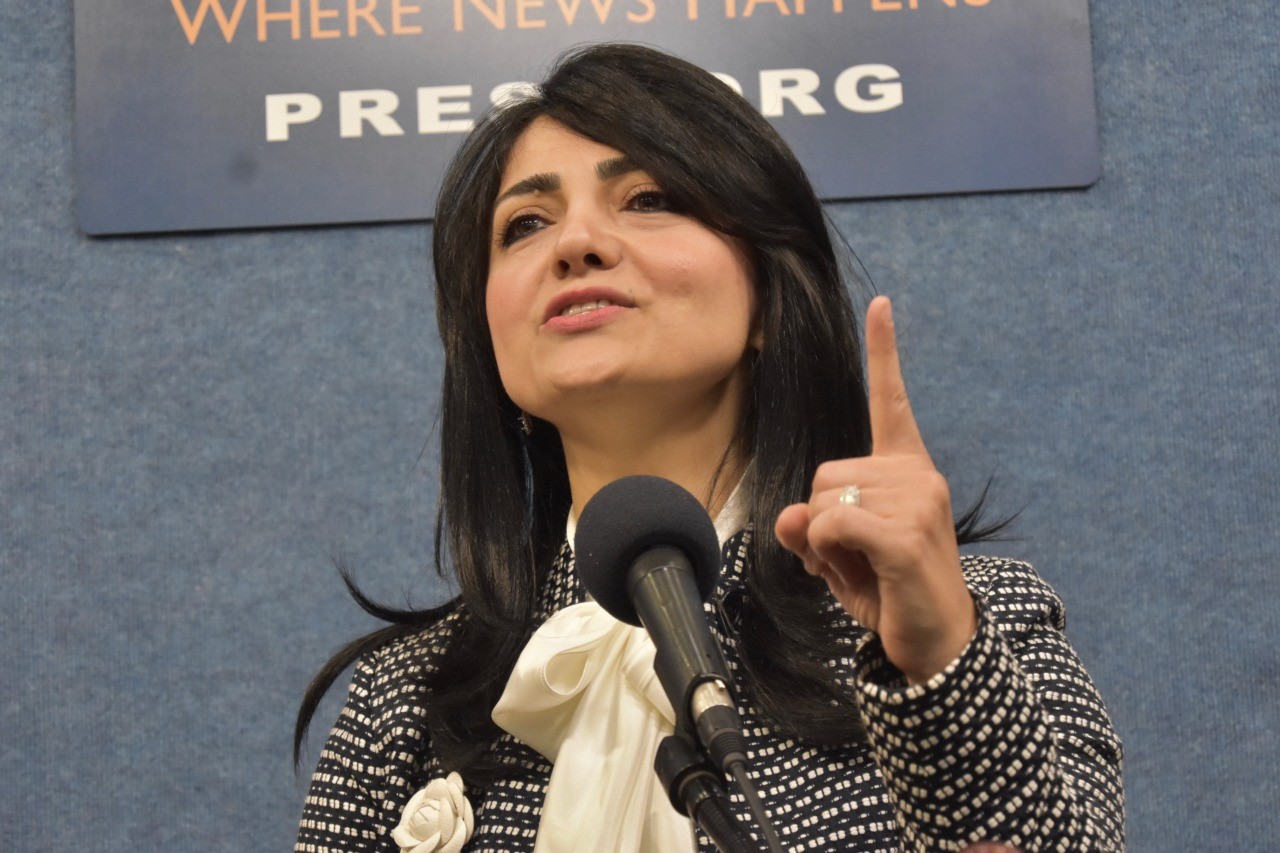 Rabia Kazan, the founder of the Middle East Women’s Coalition, held events in Washington, DC, on Tuesday and Wednesday to make Americans aware of the plight of women living under Sharia law. (Penny Starr/Breitbart News)

“Unfortunately, the whole world ignores our pain,” Kazan said on Tuesday at the National Press Club. “They torture our girls; they stone women; kill our women in the name of Sharia law under the Islamic regime.”

“We have to thank President Trump because in two years, finally, we’re getting help,” said Kazan, a native of Turkey and founder of the Middle East Women’s Coalition, the group that came to the nation’s capital to get their message out.

“We’re going to give a voice and endorse President Trump because silence is killing us,” Kazan said.

That help from Trump came in one concrete way on Tuesday when the president signed the Iraq and Syria Genocide Relief and Accountability Act of 2018 into law. The new law will, in part, fund humanitarian aid to religious and ethnic minorities in those war-torn and terror-ridden countries, including a break from the Obama-era foreign policy that will allow faith-based organizations to receive federal funding.

The women who belong to the coalition are Jews, Muslims and Christians. All said they shared the bond of wanting to advance the human rights or women around the world.

Chiman Zebari, a Kurd who lives in the United States, spoke about the need to end honor killings both at home and around the world. 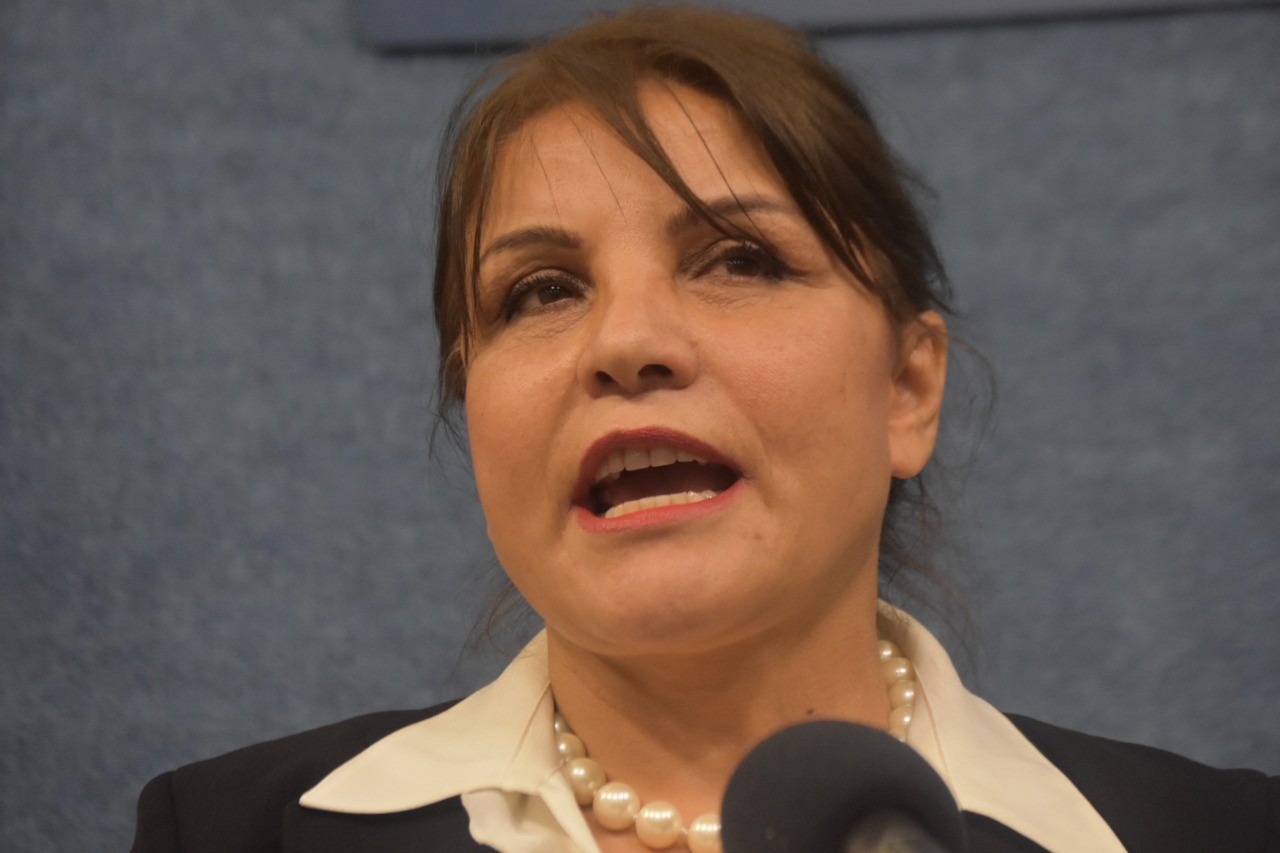 Chiman Zebari, a Kurd who lives in the United States, spoke about the need to end honor killings both at home and around the world at the National Press Club in Washington, DC, on Tuesday. (Penny Starr/Breitbart News)

Ola Hawatmeh was born in New York but said that her Lebanese heritage led to a long and devastating arranged marriage that ended in divorce after stress caused her life-threatening health problems.

Adele Nazarian was born in the U.S. but said the plight of her grandmothers as child brides and other human rights issues led her to give up a journalism career to become an activist.

The women also spoke out against Middle Eastern women whom they say are misleading Americans about human rights, including pro-Palestinian and anti-Israel Linda Sarsour, who is one of the founders of the anti-Trump Women’s March movement.

Speakers said that Sarsour works “against” the human rights of women in the Middle East because of her support for Sharia law.

The coalition went to Capitol Hill on Wednesday to speak to Congressional staff about their mission.

Kazan gave an emotional speech in which she shared how her activism journey started when she went “undercover” to Iran in 2006. She said she was exposed personally to abuse facing women there when she was asked if she would “marry” an elderly man for two days who was willing to pay $500.

Sigheh, or temporary marriage, is a controversial custom in Iran that allows men to “marry” a woman for a specified time frame.

“I want to tell you women in the Middle East are suffering,” Kazan said. 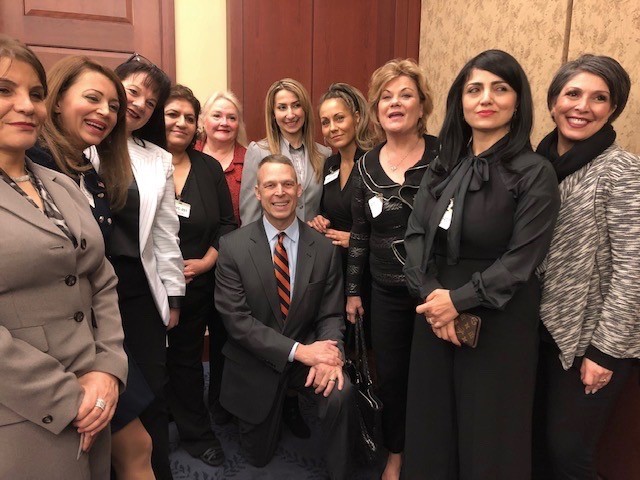 Rep. Scott Perry (R-PA) was the lone member of Congress who showed up to speak with the Middle East Women’s Coalition on Capitol Hill on Wednesday. (Penny Starr/Breitbart News)

Kazan and other coalition members hope that their insights can guide U.S. foreign policy in the Middle East and beyond.

The visit in D.C., however, did not gain attention from the left-wing media, and only one member of Congress showed up to speak with them at their event the Hill — Rep. Scott Perry (R-PA). The group did spend time going to Congressional offices to speak with lawmakers or staff.