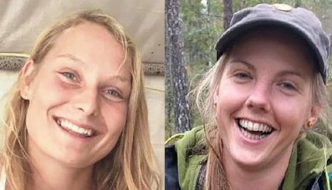 Jihad Watch brought you this story on Tuesday; here are more details. Note that Morten Bøås of the Norwegian Department of Foreign Affairs “thought the group of men may have been inspired by ISIS or radicalised through the web.”

Yes, of course. “Radicalised through the web.” What else could possibly have happened? Morten Bøås is sure that there couldn’t possibly be any jihadists in Morocco. Islam is a religion of peace! If any happened to be there, it’s because they were radicalized on the Internet!

And this dope is in the Norwegian Department of Foreign Affairs.

Morocco: Muslims who murdered Scandinavian girls say killings were “Allah’s will,” victims were “enemies of Allah” 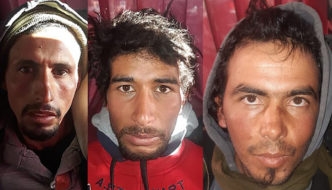 Not that this has anything to do with…

“This morning, Denmark’s prime minister said the killings can be considered ‘politically motivated and thus an act of terror’. Lars Loekke Rasmussen said that ‘there are still dark forces that want to fight our values’ and ‘we must not give in.’”

But we don’t dare identify what exactly those dark forces are, eh, Lars?

“Ms Ueland’s mother, Irene, told Norwegian broadcaster NRK: ‘Her priority was safety. The girls had taken all precautionary measures before embarking on this trip.’”

Except that it no doubt didn’t even occur to them that what they thought they knew about Morocco’s religion and culture might be inaccurate and designed to whitewash Islam, leaving them ill-informed about a threat that they actually did end up facing.

“An anti-terrorism rally is planned for Morocco’s capital on Saturday.”

Oh good, that will fix everything.

More on this story. “‘It’s Allah’s will’: Fanatics branded two Scandinavian women the ‘enemies of God’ as they filmed themselves decapitating one of the tourists in Morocco – then posted video pledging allegiance to ISIS,” by Jake Wallis Simons and Julian Robinson, MailOnline, December 20, 2018 (thanks to Robert):