A BNI Reader From France:

“No, it was not the Yellow Vests who torched cars, buildings. It definitely was the Usual Suspects aka “second, third generation” scums from across the Mediterranean sea, plus “antifa” leftists, plus black bloks and the likes. Not only torching cars, but destroying everything, shouting “F…ck France” as loud as they can, breaking in shops and stealing, trying to attack the police.

And yes, you are right about the taxes that are created every day just to pay for the illegal invaders demands as well as for the muslim freeloaders with french citizenship and the african migrants. As for Global Migration Pact, I have read that even when the President signs it, it has to be accepted by our senate and the French MPs before it can be implemented.” Why the sudden need to overburden the taxpayers? Could it have something  to do with millions of illegal Muslim migrants living in the streets of Paris while so many of the legal ones are living on state welfare for life? Not to mention President Macron’s intention to sign on to the UN Global Migration Pact next week, which will result in millions more Muslim freeloaders flooding France. 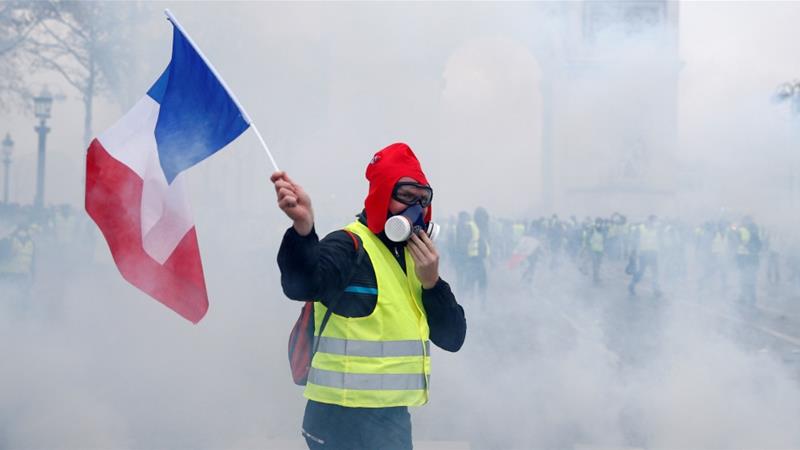 French President Emmanuel Macron leads crisis meeting in Paris, but no discussion on imposing a state of emergency.

APPARENTLY THESE PROTESTS ARE ABOUT ‘FUEL PRICES’…
the country has been invaded, their leader has sold them out, the streets are full of absolute filth, there’s grotty disease and rat infested shanty towns in the city streets, there’s police every few spaces in case of a terrorist attack and there’s growing no go zones… IMAGINE IF THESE PEOPLE WOKE UP!

Which has spread to Brussels.

The time is now.