The Law of Social Media:

DO NOT insult Allah or his prophet.

“Islamophobia” is the new hate speech, and criticising Islam is for all practical purposes prohibited. French yellow vest protesters have turned against mainstream media in the country accusing them of spreading fake news about the size of the movement.

While protesting for the seventh Saturday in a row, this time the yellow vests also targeted mainstream media headquarters.

Especially targeting broadcaster BFM TV, as it was accused of spreading fake news about the size of the yellow vest movement’s protests.

“However police spokesman Boubker Sabik has described the killers as ‘lone wolves’ and claimed ‘the crime was not coordinated with Islamic State.’”

But clearly it was extensively coordinated. So much energy and effort put into jihad murder. Imagine if it were directed toward doing something useful. “Swiss man arrested over links to alleged killers of Scandinavian tourists in Morocco,” by Peter Stubley, Independent, December 29, 2018 (thanks to The Religion of Peace):

A Swiss national has been arrested in connection with the murders of two Scandinavian women hiking in Morocco. 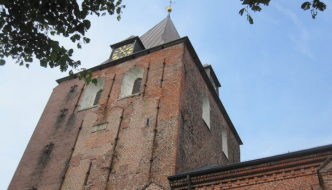 After all this, here is Mayor Andrea Kummerscheidt’s primary concern: “We hope that this incident does not attract right-wing radicals to Garding. We do not want them here.” Of course. The menace of jihad mass murder is one thing, but having a presence of “right-wingers” would be far, far worse. “Islamic slogans – services in […] 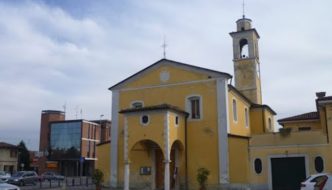 How long will it be before the people inside this church are scolded for their “Islamophobia,” for not understanding that “Allah” is simply Arabic for “God,” and that this man was merely expressing his pious fervor? In reality, this incident demonstrates that despite the oceans of propaganda we all swim about how Islam is a […]

“The New York Times ‘investigation’ into the death of a Gaza medic named Rouzan al-Najjar, for all its dignified trappings, is just the same old Israel-bashing you can get for free on any extreme right or extreme left Internet site or social media feed.”

The New York Times devoted a lot of resources to its investigative project about the death of a 20-year-old Gaza medic named Rouzan al-Najjar. The article runs at the top of the front page of the Sunday newspaper and then consumes an additional three full broadsheet pages inside. It carries the front-page bylines of five Times reporters (at least one a veteran of Al Jazeera) and also credits inside an additional five named Times journalists and a photographer.

Alas, however, rather than being a Times tour de force, a display of the newspaper at its best, the article ends up as a flop, a demonstration of the Timesat its worst. The Times may use thousands of words, millions of dollars worth of highly paid journalists, and elaborate computer graphics to convey its message. But strip away the attempt at a dignified presentation, and the message is effectively the same as a sign scrawled by some ignorant far-left or far-right Israel-hater at some extremist Christmas-season rally — Jews, this libel goes, are guilty, blood-drenched killers.

The problems with the article begin with the front-page subheadline: “Israel Killed a Medic. Was It an Accident?” Journalism is supposed to answer questions, not interrogate readers. Usually the question headline is a veil for journalism that falls short of reaching a conclusion. In this case, the Timeswants to accuse Israel of murdering this woman, but it can’t quite prove its case, so it hides behind the question headline.

It’s not only punctuation marks that the Times uses to perform this two-step move of accusing Israel of murder while not quite coming all the way out and forthrightly saying so. The Times also hides behind the weasel word “possibly.” A graphic claims “a New York Times investigation shows that the shooting appears to have been reckless at best, and possibly a war crime,” language that is repeated in the article. As a reader, I want the Times to report on what happened, not on what “possibly” happened. Otherwise, there’d be no end to speculative Times articles. If ten Times journalists can’t find a genuine war crime, just “possibly” a war crime, possibly they should find something else to write about.

The Times poses as evenhanded. “Each side is locked into an unending and insolvable cycle of violence,” the Timesclaims, using a cliche of moral equivalence. It adopts an above-the-fray pose, like the umpire at a tennis match: “To the Palestinians, she was an innocent martyr killed in cold blood…To the Israelis, she was part of a violent protest aimed at destroying their country.”

But a closer examination shows the Times isn’t really evenhanded at all.

The Times, for example, describes Israel as “the far stronger party” relative to the Palestinians. But there are somewhere between 1.5 billion and 1.8 billion Muslims in the world, and around 14 million Jews. There are about 50 Muslim-majority countries, and one small Jewish state. The Muslims also have a lot of the oil. It may be convenient for the Timesto stir sympathy for the Palestinians by depicting them as the underdogs, but it’s not as clear-cut a factual matter as the Times describes it.

The Times describes the conflict as “insolvable,” but it also complains that Israel “continues to focus on containment rather than finding a solution.” It seems unfair to criticize Israel for failing to solve a problem that the Times itself concedes is “insolvable.”

Another sign of Times bias is the way it uses language to exculpate Palestinian Arab terrorism. The Times reports, “rocket attacks and bombings after the Second Intifada erupted in 2000 prompted Israel to cordon off the strip and eventually abandon its settlements there.” Later on in the story the Timeswrites, “then came the rockets,” as if the rockets just arrived on their own, immaculately. The rocket attacks and bombings just “erupted” on their own, to hear the Times tell it, rather than being launched or perpetrated by Palestinians with violent, murderous intent. The Times doesn’t tell us about the victims of those rocket attacks and bombings. It is, however, happy to dwell on “the Palestinian death toll” of “victims” in Gaza protests. Writes the Times, “the victims include two women and 32 children. Journalists. A double-amputee in a wheelchair…” How sexist and able-ist of the usually hyper-woke Times to imply that women or amputees can’t be formidable combatants. Sheik Yassin, the founder of Hamas, was a quadriplegic, but that didn’t make him any less evil or deadly.

Nor is this the only way that the Times violates its own liberal principles in its depiction of Gaza. Writing about Rouzan al-Najjar’s aunt being pushed down a staircase by Rouzan al-Najjar’s grandmother, the Times reports of the aunt, “Both she and the fetus she was carrying were killed.” Never mind that the entire editorial column of Sunday’s Times is devoted to the first in a multipart series reporting that “the creation of the legal scaffolding for the idea that the fetus is a person has been the steady work of the anti-abortion movement” and about “a deep shift in American society, away from a centuries-long tradition in Western law and toward the embrace of a relatively new concept: that a fetus in the womb has the same rights as a fully formed person.” Times readers might wonder, in the context of abortion rights in America, about whether a fetus can be “killed” if it isn’t alive to begin with. But when it comes to depicting Gaza as a hellhole for which Israel is largely to blame, the Times won’t even let otherwise precious liberal axioms such as fetal non-personhood get in the way.

The Times article concludes by claiming that Najjar “has become a symbol, perhaps not of what either side had hoped, but of a hopeless, endless conflict and the lives it wastes.”

That’s a dodge, because the gist of the rest of the piece is that it’s not the “conflict” that killed her, but an Israeli sniper, in what was “possibly a war crime.” And now, thanks to the work of at least ten Times journalists and whatever editors decided to set them loose on this story and to give it prominent play, her life isn’t a “waste,” but rather has become a valuable propaganda tool for the Palestinian Arabs, who can now use her death to depict Israel to the Times audience as reckless murderers, and Israelis as war criminals, or at least “possibly” war criminals.

None of this is to say that the Israeli troops defending the border with Gaza performed perfectly, or that there isn’t room for journalism that can help Israel do a better job at it going forward. No human is perfect. US police and American troops accidentally kill people, too, and Palestinian Arab terrorists intentionally kill people. For whatever reason, though, the Times has decided that this Gaza death is worth the time of ten journalists and three pages of the Sunday newspaper, while the death of an Israeli American, Ari Fuld, wasn’t deemed fit to print by the Times at all.

If one were to take a Timesian approach, one would write it with a question headline: “Times Pays More Attention To a Palestinian Death Than to an Israeli American One. Was It an Accident?” And then one would weasel around the issue: “the Times journalism appears to have been careless at best, and possibly a blood libel.” But I’ll reject that approach and be more direct and forthright. The New York Times “investigation,” for all its dignified trappings, is just the same old Israel-bashing you can get for free on any extreme right or extreme left Internet site or social media feed. Save yourself the time and the money and the heartburn and skip it.