Sunrise on 7 via XYZ

Senator Fraser Anning has from day one taken an unequivocal stand for real Australians against the Uniparty’s policy of mass immigration and forced multiculturalism, and for this reason he has been under intense pressure from Australia’s Political-Media Complex to cuck.

Since attending an organised political meeting at St Kilda Beach on Saturday January 5 designed to protest the Victorian government’s inaction regarding escalating violence from #AfricanGangs, and more broadly to oppose mass immigration and forced multiculturalism, the political and media establishment have turned the volume up to 11.

But Fraser Anning will not cuck.

Matt Doran, who interviewed Senator Anning on Channel 7’s Sunrise yesterday morning, even had the audacity to describe him as “unrepentant”.

He did not cuck.

These crapchooks from the Aussie media are beneath contempt.

Doran repeatedly demanded that Senator Anning prostrate himself before his politically correct betters and confess his sins, with the assurance that if he did so he would be given a mercifully swift death, rather than face an hour-long disembowelling first.

“They were decent, hard-working Australians who are sick and tired of the Australian government allowing these people to come into our country and then attack us while living on our welfare.”

Doran ordered the Senator to give him “one example of African Gang crime in Queensland recently.”

Anning: “I can give you about six of them Matt.”

As Anning pointed out, they are getting away with it in Melbourne, so #AfricanGangs violence is spreading throughout the country.

Regarding that “nazi salute” that was replayed over and over again during the Sunise interview and which has been splashed across the front pages of newspapers across the country, there is serious doubt as to whether it was even a genuine “nazi salute”.

This is a genuine “nazi salute”: 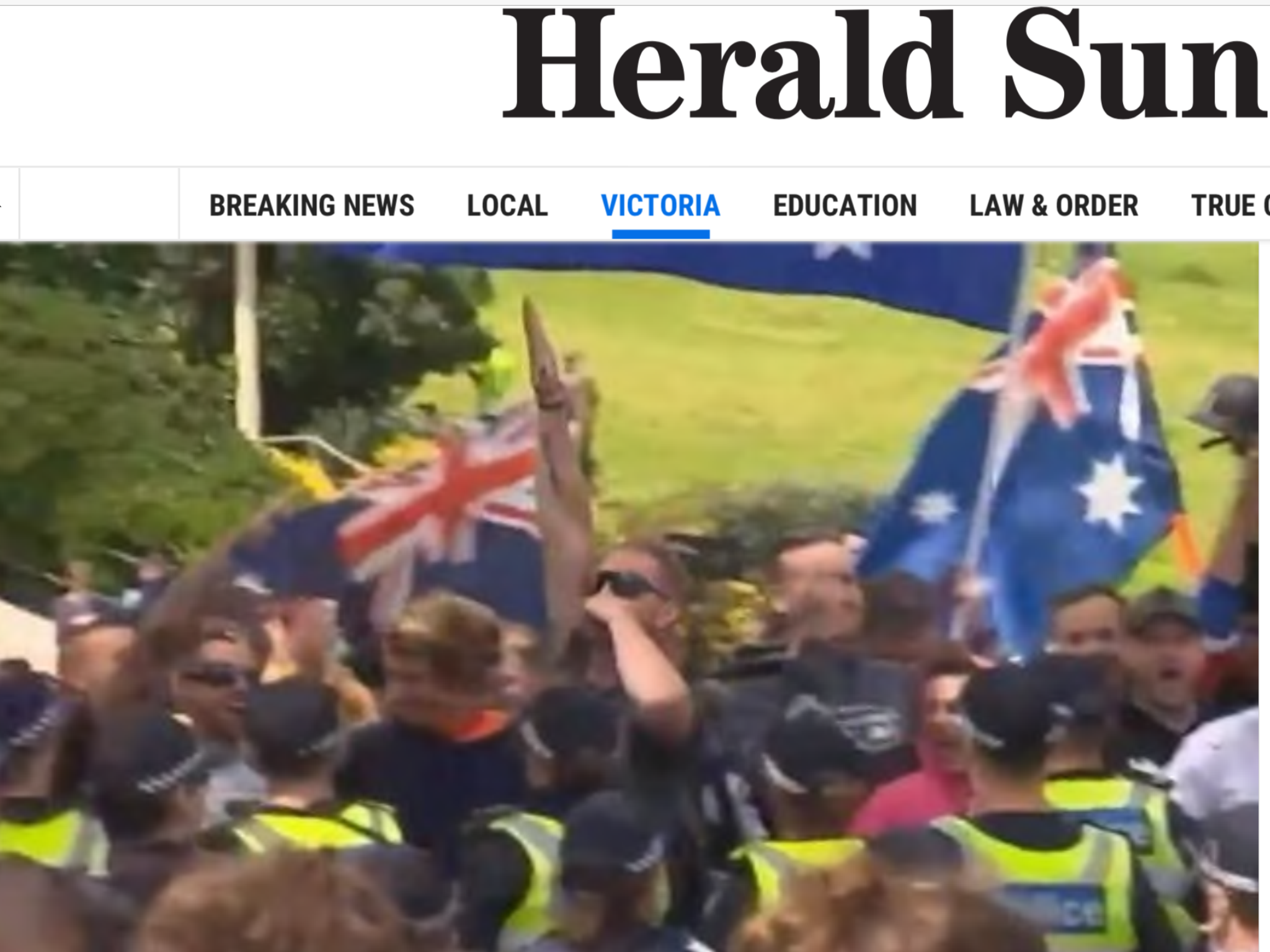 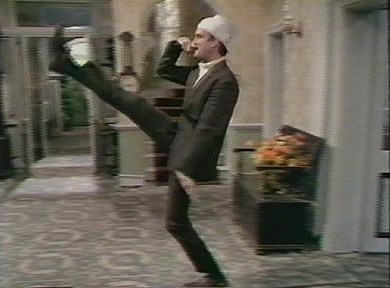 The journalists of Australia should be careful. The smear of association with the fourth or fifth most murderous regime of the 20th century is pretty much the worst thing you can be accused of in today’s system. Falsely accusing somebody of being a “nazi” is slander. Given the serious financial, social, and safety implications for somebody who is incorrectly associated with national socialism, journalists should consider that they could be taken for everything they have if they intend to keep labelling anybody who publicly opposes mass immigration and multiculturalism as a “nazi”.

Regardless, the nazi meme is failing. Just look at the comments: 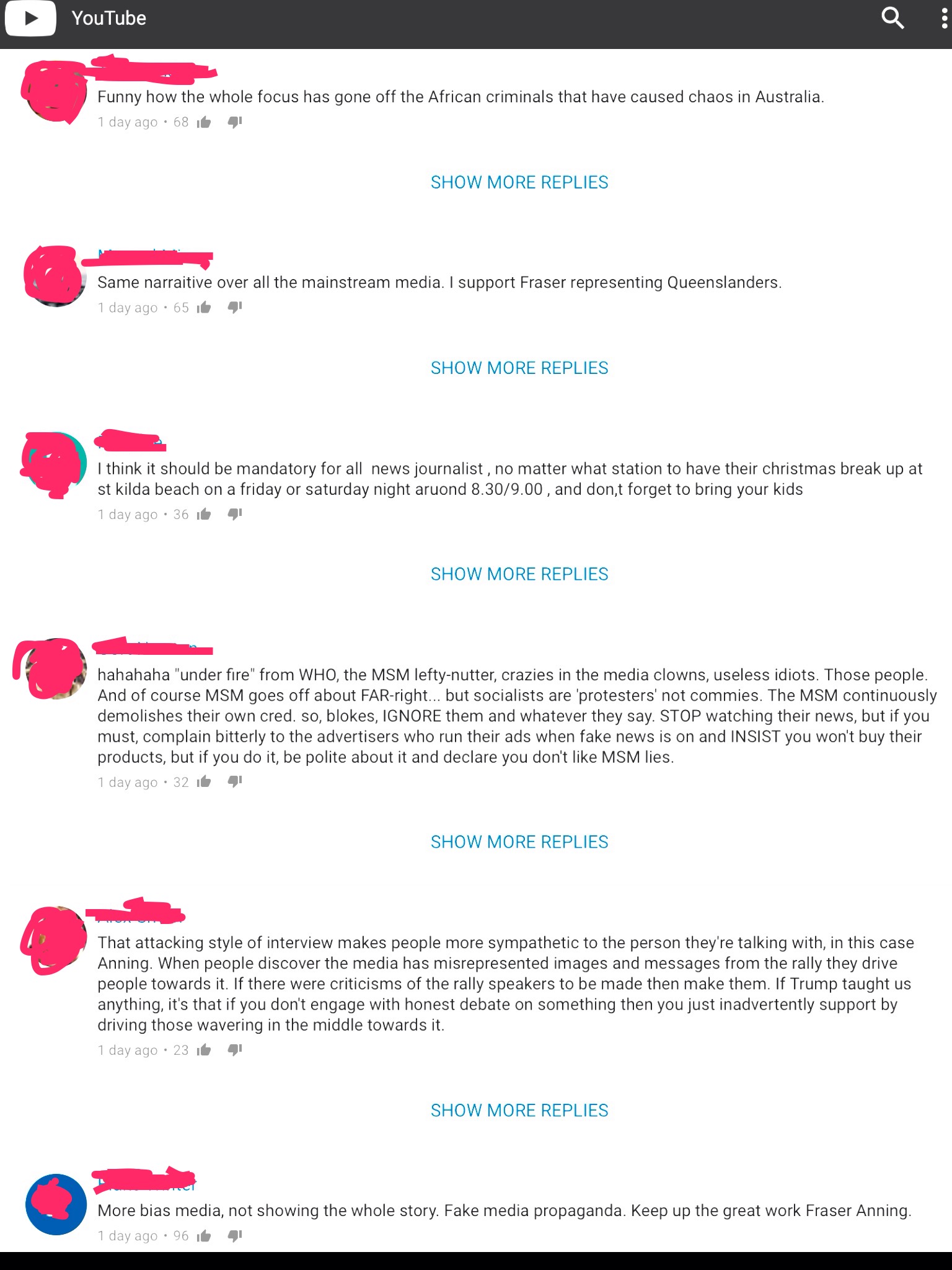 These comments are representative of real Australian sentiment and have been replicated across social media. Aussies are indeed sick and tired of mass immigration and forced multiculturalism and we are sick and tired of being slandered whenever we voice our opposition.

Joe Hildebrande is convinced that Anning is finished: Even Senator Anning reckoned, in an interview aired on Radio National on Monday, that he didn’t have much chance of being reelected.

Don’t be so sure.

Regardless, Fraser Anning is exactly what Australia needs. He is not a politician. He is an ordinary bloke who is prepared to stand up for real Australians regardless of the repercussions for his long-term political career. As hinted at in Matty’s Modern Life’s interview at the St Kilda Rally, Anning is the first of many. Soon there will be half a dozen Fraser Annings in Australia’s parliament, then a score, then an entire political party.

They won’t all be as kind as him either.

The day will come when the political and media elite long for the days of Fraser Anning.

3 thoughts on “Fraser Anning, the man who will not cuck…”