Norway Terror: Muslim terrorist ‘who wanted to kill several people’ captured after stabbing woman buying groceries: In the cause of Allah. Ex-Muslim teen granted asylum in Canada gets 24-hour security amid online threats from Muslims: No Women’s March for Rahaf. No CNN or NBC specials.

Yawn, lets give them money, support and autonomy so they can build an Islamic terror fiefdom just like Muhammad way back when. According to the Quran, disbelievers are dumb, deaf & blind. I really believe it’s true. 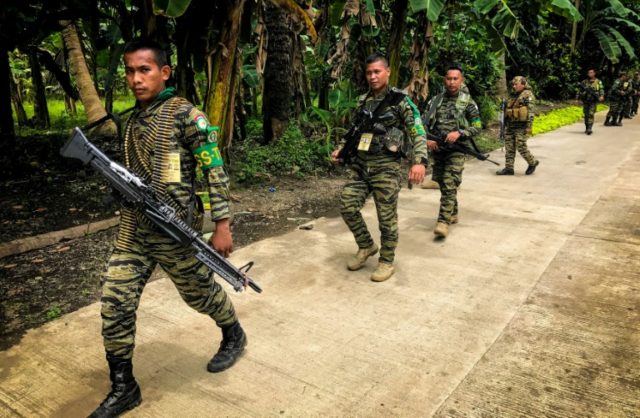 The Philippine island of Mindanao held a referendum on Monday to establish an autonomous region governed by the largely Muslim residents. “This line of horrors documents the violence perpetrated against the German people by their treacherous government.”

Ireland wants to do away with itself:

“A Million Parasites for Ireland” and “The Crushing of Irish Culture” 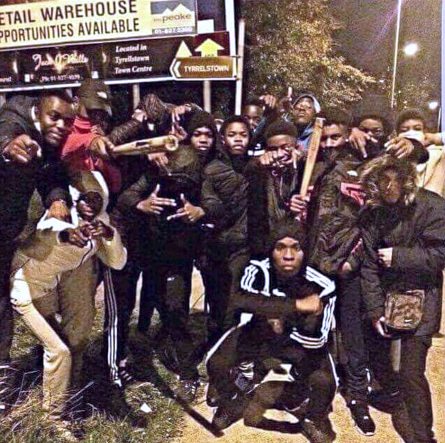 END_OF_DOCUMENT_TOKEN_TO_BE_REPLACED

This is full on population replacement. Genocide of the white race.

Hussen, who originally came to Canada as a Somali refugee, said: “Immigrants and their descendants have made immeasurable contributions to Canada, and our future success depends on continuing to ensure they are welcomed and well-integrated.”

Why are so few Afghan girls in school, despite the international community investing billions into girls’ education?

After the Taliban‘s fall from power, there was great hope that Afghanistan‘s girls would finally get the chance to get an education.

Yet 17 years on, most Afghan girls are still out of school, despite the international community donating billions of dollars in aid.

Building a terror statelet in the Philippines:

The MILF’s brand of Islam is considerably more strict than what most Philippine Muslims practice, but the insurgent group has developed good relations with the public and offers an opportunity for peace on an island shredded by factional infighting for generations.

Franco offered a mixed prognosis for non-Muslims living in the Bangsamoro Autonomous Region in Muslim Mindanao:

It’s a tricky question. There is already scaremongering in the Christian-dominated cities of the prospective Bangsamoro. Lots of rumors and misconceptions are circulating, for instance, that they would be subjected to Shariah.

And we shouldn’t forget the “lumad” or the indigenous groups of Mindanao. They have always been sidelined when Mindanao’s future is discussed. How the BOL is operationalized would probably affect how the lumad view themselves. If they are cut out, then I would not be surprised if they build their own national liberation/secessionist bloc. It would be tragic, considering the lumad were there before Muslims and Christians came in.

“There are several threats: The BIFF in central Mindanao; the Abu Dar Group, composed of remnants of the pro-IS Maute group, in Lanao provinces; and the ASG in Zamboanga, Basilan, Sulu and Tawi-Tawi provinces,” he said.

There is a great deal of money to be made in Mindanao if peace can finally be achieved. The Mindanao Development Authority estimated on Thursday that economic growth of up to 8 percent is possible if agriculture, industrial projects, infrastructure, real estate deals, and natural resources development can proceed in a more secure environment. Significantly enhanced growth has already been recorded in parts of the island that gained limited autonomy last year. Hopes for the stability of the BARRM may hinge on the MILF deciding not to ruin a good thing with oppressive measures once the tax revenue starts rolling in.

Critics point to corruption within the country’s education system, lack of oversight by donors and social attitudes that remain deeply discriminatory against girls.

Even for the girls who do get the chance to get an education, conditions are often rudimentary at best.

Since 16-year-old Mahnoz Aliyar started coming to Kabul’s Sayedul Shohada School in grade one, the number of girls has more than doubled.

It’s a welcome sign of progress, but now the school can’t accommodate all of its 14,000 students.

With girls and boys not permitted to attend classes together, the buildings are reserved for the boys while the girls study outside.

Five years ago, Japanese donors built two new buildings specifically for the girls, but community leaders decided to give them to the boys.

“Right now, it’s the boys’ school, I don’t know why. It makes me really angry,” says Mahnoz. “In school, the conditions are so hard for girls especially. In our country, we have lots of problems. But in schools, we have more problems.”

101 East gets rare access to go inside the Sayedul Shohada School in Kabul. We meet the girls desperate to get an education and investigate whether the international community and the Afghan government is failing to honour their promise to educate a generation of girls.