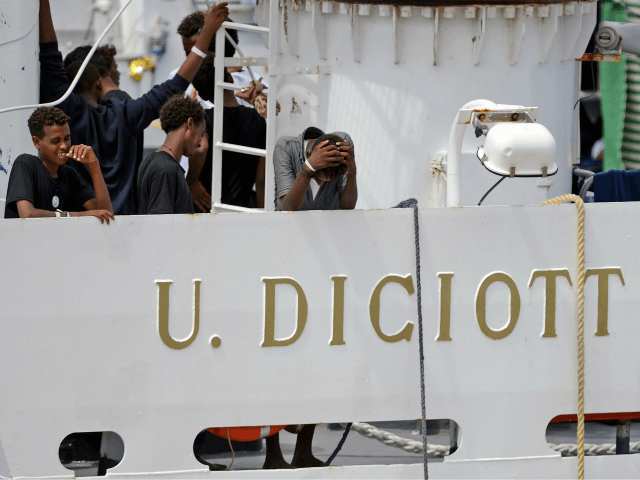 Two migrants who were aboard a ship that saw rescued migrants threaten crew members have opened a case against Italian Interior Minister Matteo Salvini over tweets they claim could jeopardise their right to a fair trial.

The migrant pair, a Sudanese and a Ghanian, are currently under investigation for threats, violence, and resistance toward a public official and are awaiting their prosecution and trial over their role in the alleged hijacking, Il Giornale reports.

The incident, which took place last year in July, saw African migrants threaten to kill the crew of the Vos Thalassa vessel after the Libyan coastguard attempted to bring them back to Libya. The crew described the situation as going from “rescue to piracy” with the migrants forcing the crew to chart a course north to Italy. Thanks to Islam, of course….

A Swedish   Nutcase who protested the deportation of an Afghan refugee by refusing to take a seat before a plane took-off, faces two weeks in prison, 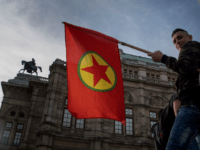 Verhofstadt on a Roll, Calls Italian President ‘Puppet’ of Populists

Guy Verhofstadt has called Italy’s President Giuseppe Conte a “puppet” of the populist deputy prime ministers and said the country was suffering from “political degeneration.”

Those onboard the Vos Thalassa were then transferred to the Diciotti which was allowed to dock but the migrants were barred from landing by Salvini until a redistribution agreement was made with other European countries.

The two migrants have decided to take their case to the European Court of Human Rights (ECHR) claiming that social media posts made by Interior Minister Salvini and Minister of Infrastructure and Transport Danilo Toninelli could affect their right to a free and fair trial.

“The two migrants have decided to take their case to the European Court of Human Rights “(ECHR)
They DECIDED to do that all by themselves?
Really?
I don’t believe that!!

“Before granting any authorisation, I wait to know the names, surnames and nationalities of the violent hijackers, who will have to get off the ship Diciotti in handcuffs,” Salvini wrote at the time on Twitter while Toninelli wrote, “now investigations to punish the troublemakers,” in reference to the incident on the Vos Thalassa.

Salvini could also be facing his own court case as a result of the Diciotti affair as prosecutors recently decided to reopen the possibility of charges against the Interior Minister for kidnapping and abuse of power.