This isn’t your home anymore, Sharmuta

Shamima Begum gave moral succour to mass murderers. Why would Britain want her back?

This wretched twat turned her back on the nation that took her in and shacked up with a bunch of 7th century savages who massacred British citizens, whether by slitting their throats in the Syrian desert or killing their children with homemade bombs packed with nails and screws. And yet there is Ms Begum today, on the front page of The Times, saying she wants to come ‘home’. Well, I’m sorry Shamima – this isn’t your home anymore. 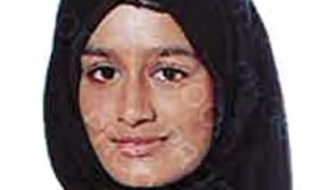 Muslima from UK has no regrets about joining ISIS, but wants to return to raise her child on welfare benefits

… She said “I don’t regret coming here” adding she was “weak” to have abandoned the group before the final SDF assault.Ms Begum acknowledged the brutality of life under ISIS saying: “When I saw my first severed head it didn’t faze me at all.” .

..More expressions of muslimness and unfazedness at Express

“Around 800 men, women and children from Britain went to Syria and Iraq to join ISIS – but 400 returned and only around 40 have been prosecuted for terrorism offences.”

What are the other 360 doing? Or is it “Islamophobic” to ask that?

Anyway, the British government would be nuts to let Shamima Begum back into the country. She joined an entity that is avowedly at war with Britain, and has repeatedly called on Muslims to murder British civilians. She has no regrets. She just wants to receive British taxpayer jizya to pay her expenses.

The British will almost certainly let this happen. 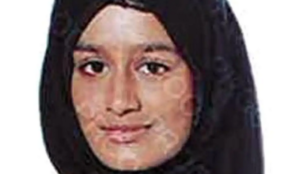 “Don’t let her back: Calls for unrepentant former London schoolgirl-turned ISIS bride to be BANNED from Britain – as heavily pregnant teenager, 19, begs to come home to have her third baby on NHS,” by Courtney Bartlett, Martin Robinson, and Zoie O’Brien, Mailonline, February 14, 2019:

A remorseless schoolgirl who fled London to join ISIS but wants to return so the NHS can care for her baby should be banned from Britain, critics said today.

Jihadi bride Shamima Begum was just 15 when she and two classmates Kadiza Sultana and Amira Abase travelled to Syria in February 2015 but speaking from a refugee camp after the caliphate’s collapse she said: ‘I don’t regret coming here – now all I want to do is come home to Britain’.

Security minister Ben Wallace said there is no chance he would ‘risk lives’ to ‘go to look for terrorists’ because her ‘actions must have consequences’ – but admitted as a British citizen she has the right to return to the UK.

Begum is the only known survivor of the three friends from Bethnal Green and her two children died of disease and malnutrition before the age of one as the caliphate fell apart around her.

The schoolgirl claims she lived a ‘normal life’ in ISIS’ capital Raqqa and was ‘not fazed’ by the brutal execution of its enemies, recounting how she once found an ‘an enemy of Islam’s’ decapitated head in a bin.

But with her third baby now due any day and her jihadi husband Yago Riedijk captured, she has decided to quit and now wants to ‘live quietly’ back in the UK and ensure her baby survives with the help of the NHS.

In an extraordinary interview with The Times’ Anthony Loyd, she said: ‘I don’t regret coming here. But I have to think about my baby as well. After my two kids died I’m scared this baby is going to get sick – that’s why I really want to get back to Britain because I know it will be taken care of. Healthcare-wise at least’….

Her family’s lawyer Tasnime Akunjee, who represented the parents of all three girls, today insisted that Shamima is a ‘victim’ and should not be prosecuted for joining ISIS.

Begum said: ‘I’m not the same silly little 15-year-old schoolgirl who ran away from Bethnal Green four years ago.

‘I know what everyone at home thinks of me as I have read all that was written about me online. But I just want to come home to have my child. That’s all I want right now’.

She added: ‘I’ll do anything required just to be able to come home and live quietly with my child.’

In an interview where she showed no remorse for joining a terror group – but wants to come back to Britain for the sake of her child, Begum revealed:

Begum said she had a ‘normal life’ with her jihadi husband Yago Riedijk, 27, who she met and married within three weeks of arriving in Syria.

She said: ‘Mostly it was a normal life in Raqqa, every now and then bombing and stuff. But when I saw my first severed head in a bin it didn’t faze me at all. It was from a captured fighter seized on the battlefield, an enemy of Islam. I thought only of what he would have done to a Muslim woman if he had the chance’….

Security Minister Ben Wallace today confirmed that Begum ‘has a right to come home’ and will be allowed back into Britain if she presents herself at a British consulate in Iraq or Turkey – but will not be rescued despite being pregnant.

He said: ‘I’m not putting at risk British people’s lives to go and look for terrorists or former terrorists in a failed state – there’s consular services elsewhere in the region.

‘British citizens have rights whoever they are but if they have gone join ISIS and return to the UK they can expect to be questioned and, if possible, prosecuted’.

He added: ‘Actions have consequences. I think the public will be reflecting on why these people want to return to a country they said they hate’.

Mr Wallace refused to be drawn further on Begum’s case but admitted it was ‘very worrying’ that she had ‘no regrets’ about joining ISIS, which he called the ‘worst terror group in history’….

Around 800 men, women and children from Britain went to Syria and Iraq to join ISIS – but 400 returned and only around 40 have been prosecuted for terrorism offences….

One thought on “‘Remorseless’ Muslima has no regrets about joining ISIS, but wants to return to UK to raise her child on welfare benefits”