WTF bring them in?

Salvini should make them pay for it.

Either way, they got it backwards:

“… obscures the humanity of the other, reducing him to an annoying bother, to a dangerous illegal immigrant, to an enemy to fight and eliminate”.

That’s in fact how the invading Mohammedans see us, as an enemy to be fought and to be eliminated. At the Dubai conference, the spokesman for the IOM* director general’s office, Leonard Doyle, lashed out against resistance to mass migration as based on falsehoods, while claiming that a failure to properly “integrate” immigrants would result in them carrying out terror attacks on host populations. 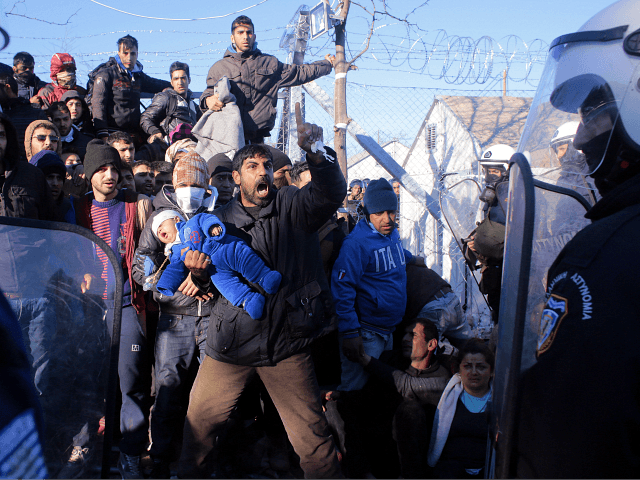 Opening a three-day conference held under the theme of ‘People on the Move’ in Dubai on Tuesday, the International Organization for Migration (IOM) chief spoke out against populism, stressing the need for “a coherent and robust approach to migration … that is based in fact, not fiction”.

“If we want to succeed in having a more humane and better world, we should resist the temptation of negative narratives that some want to spread about migration,” Mr Vitorino said, before going on to declare that the surge of people was set to grow and accelerate as a result of global inequality and so-called climate change.

“Environmental change will intensify and we will see more climate induced disasters such as drought, flooding and growing desertification,” he told the Dubai International Humanitarian Aid and Development Conference and Exhibition (DIHAD).

“When these factors are combined with continued inequality then movement of people is likely to become more frequent,” the former European Justice Commissioner added.

Contrary to claims made by globalist open borders-backers such as French president Emmanuel Macron that massive population transfers from poor countries to rich are inevitable due to man-made climate change, academics say the assertion is not grounded in reality.

As Breitbart London reported last year, scientists at University College London (UCL) have said there was very little basis to justify terms like “climate refugee” and “climate wars” after research into 50 years of conflict and human displacement in east Africa.

Having analysed the data to find out how climate change affected the risk of violence and forced migration in the region between 1953 and 2014, the authors of the study found that population growth was behind 8o per cent of the conflict seen in the region, with weather variations including drought and global temperature failing to make a significant impact.

Pronouncements on the supposed inevitability of hundreds of millions of people migrating to Western nations by the middle of this century, made by mass migration advocates working for NGOs, globalist media outlets and international bodies such as the UN, regularly stress an urgent need to slash carbon emissions in order to prevent catastrophic warming.

But the transfer of large numbers of people from unindustrialised, low-pollution countries to rich first world nations where residents have a much higher carbon footprint would result in a massive increase in global CO2 output.

Speaking to local media at the Dubai conference, the spokesman for the IOM director general’s office, Leonard Doyle, lashed out against resistance to mass migration as based on falsehoods, while claiming that a failure to properly “integrate” immigrants would result in them carrying out terror attacks on host populations.

“Populism is certainly a toxic issue that is down to a misunderstanding of the issues,” he told the English-language Emirati daily newspaper, The National.

Acknowledging it was “natural” for people to be less than thrilled at witnessing the movement of large flows of uninvited aliens into their countries, especially as migrants “tend to collect in urban areas and are highly visible”, Mr Doyle insisted the solution was to somehow “integrate” the newcomers.

“When you don’t have integration then you have serious problems like terrorism,” he said, adding: “It is in everybody’s interests that we work towards a better integration of migrants and refugees, not to do so is to store up problems for the future.”

That SOB should be made to pay for the damage he inflicts on us.

Trump is a breath of fresh air:

Donald Trump on Immigration: ‘I Don’t Want to Have Anyone Coming in That’s on Welfare’