4 shot dead in 4 days in Melbournistan

Our political clown gallery are  unanimously voting against self-defence tools while virtue signalling about equality.

Heavily-tattooed man, 28, shot dead in suspected gangland attack in Melbourne is identified as a gun-toting former Syrian soldier – but his family say he’s a ‘good boy’

One of the victims of a double homicide has been identified as an ‘ex-army solider’ with a penchant for lethal weapons.

Ali Ali was fatally shot in Meadow Heights, 18km from Melbourne, on Monday around 10.15pm in what is believed to be a targeted attack.

While a second victim, who has been identified as 40-year-old Deniz Hasan, was gunned down just 500 metres away.

In a series of unearthed social media posts, Ali can be seen posing with an array of rifles, but his heartbroken family still maintain his innocence.

In one image he is seen behind the wheel of a vehicle holding a silver hand gun, while another much larger gun, is placed on the front seat of the car.

In another menacing shot, the 28-year-old is seen pointing a rifle directly at the camera.

And in a third image Ali appears to be on a residential street, while he points a lethal weapon at the main road.

Ali’s social media page has images from his time in the Middle East. 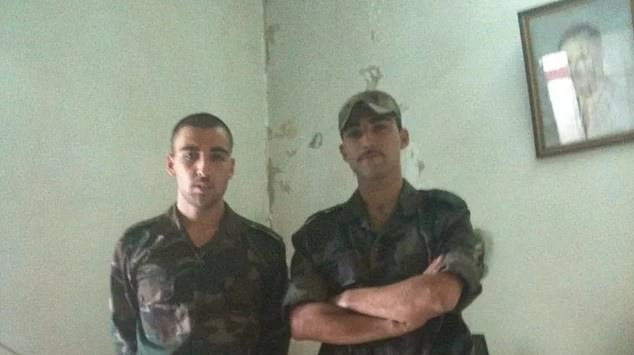 In another image Ali (pictured left) stands next to a portrait of Syrian dictator Bashar al-Assad’s father, Hafez al-Assad 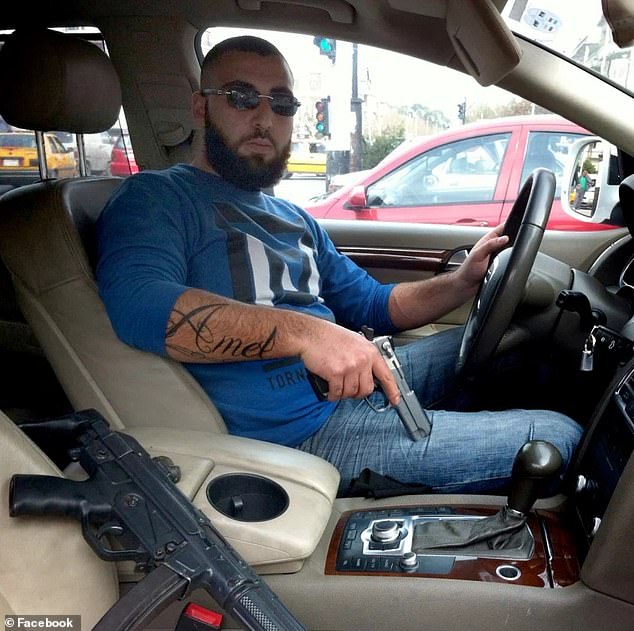 In a series of unearthed social media posts, Ali can be seen posing with an array of rifles (Ali pictured holding a handgun)

He’s pictured in military uniform, and in one particular image he stands in front of a bombed house.

In another image Ali stands next to a portrait of Syrian dictator Bashar al-Assad’s father, Hafez al-Assad.