Anyone spot the difference in the nature of the victims?

The internet is being scrubbed from evidence: the al Noor mosque in Christchurch was a den of terrorism. Here’s the file from the archive. The 28-year-old remains the only person to be charged with murder over the attack on the Christchurch mosques on Friday. On twitter, the low live shyster said it was “a clear case of assault on a child. “

Houda, who is the former lawyer of Sydney Lindt Cafe siege gunman Man Haron Monis, has offered to represent the teenager free of charge.

Adam Houda, known as the go-to lawyer for Mohammedans charged with terrorist-related offences, is now demanding Mr Anning face charges for his actions. 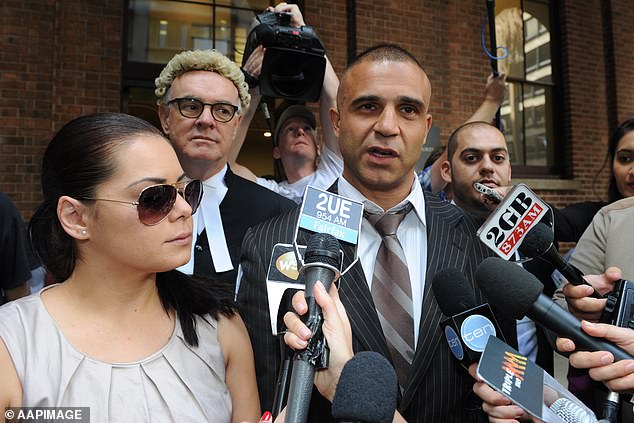 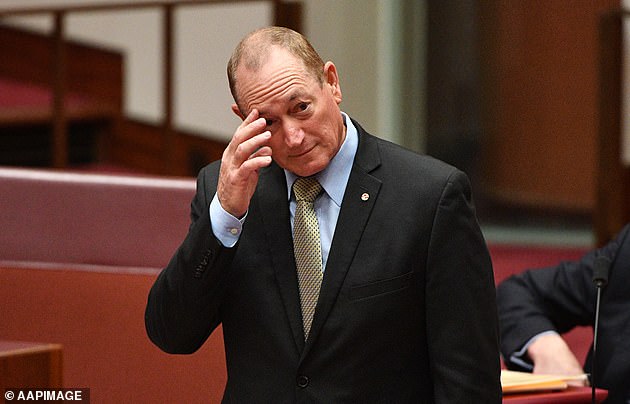 Turns out the bloke who “confronted” Senator Fraser Anning last night in the airport, was convicted TERRORIST, Zaky Mallah.

That’s who the left is praising today.

Looking forward to celebrating the next left-wing politician being egged. He better not fight back. Because that’s the new standard, apparently. 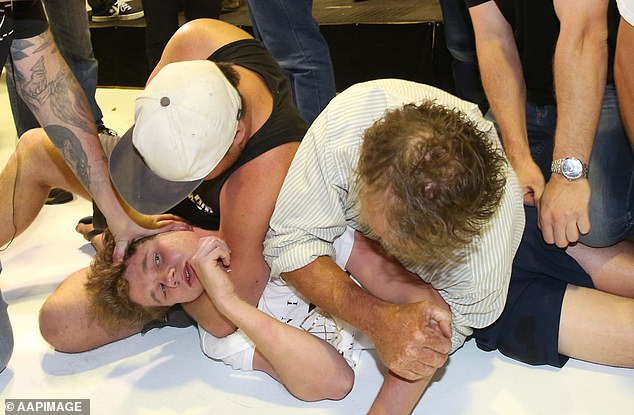 Mr. Anning has been slammed by politicians for his extremist stance, as Australians pay their respects to the victims of terrorist attack (pictured: man who egged Anning)

Another man could be heard saying to remove his hand from the boy’s neck.

The egging came a day after Mr Anning released a statement where he blamed Muslim immigration for the terror attacks in Christchurch, New Zealand on Friday, where 50 people were killed.

‘The real cause of the bloodshed on New Zealand streets today is the immigration program which allowed Muslim fanatics to migrate to New Zealand in the first place,’ his statement said.

He faced wide-spread backlash following the release of his statement.

A Change.org petition calling for Mr Anning to be removed from parliament has been signed over 250,000 times.

Change.org is another Soros outfit pushing the “Open Society”

‘Senator Fraser Anning has no place in the government of our democratic and multicultural country,’ the petition says.

No place for dissent? That’s what you call a dictatorship. 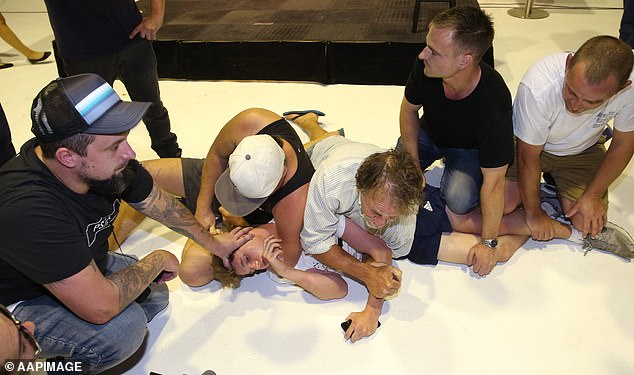 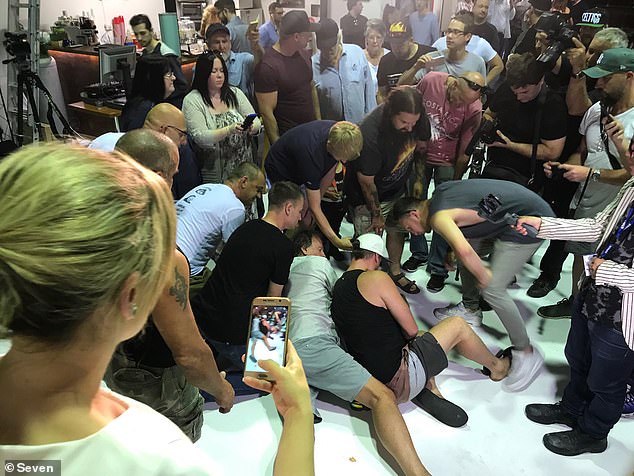 ‘We request that he be expelled from his position as Senator, and investigated by law enforcement agencies for supporting right-wing terrorism.’

These people are stupid. Resisting Islamisation is a duty, not a crime.

The petition speaks about Mr Annging’s statements about the Christchurch attack.

‘We call on the Australian government to expel this man who blames victims for their own violent deaths, and uses references to genocide to further his hateful agenda,’ the petition said.

Wherever there are Mohammedans there is bigotry and hate speech.

Politicians have roundly condemned Mr Anning for his comments.

They are the scum of the earth.

Prime Minister Scott Morrison also hit out at the independent senator’s comments in a tweet on Friday.

‘The remarks by Senator Fraser Anning blaming the murderous attacks by a violent, right-wing, extremist terrorist in New Zealand on immigration are disgusting. These views have no place in Australia, let alone in the Australian Parliament.’

Labor frontbencher Tony Burke told the ABC ‘the normalisation of bigotry is something that is not only confined to him’.

‘We need to call it out, we need to make sure that no way any member of parliament fosters it. He wants the conflict and he wants the notoriety,’ he said on Saturday.

‘I am utterly opposed to any form of violence within our community, and I totally condemn the actions of the gunman,’ he said.

‘However, whilst this kind of violent vigilantism can never be justified, what it highlights is the growing fear within our community, both in Australia and New Zealand, of the increasing Muslim presence.

‘As always, left-wing politicians and the media will rush to claim that the causes of today’s shootings lie with gun laws or those who hold nationalist views but this is all cliched nonsense. 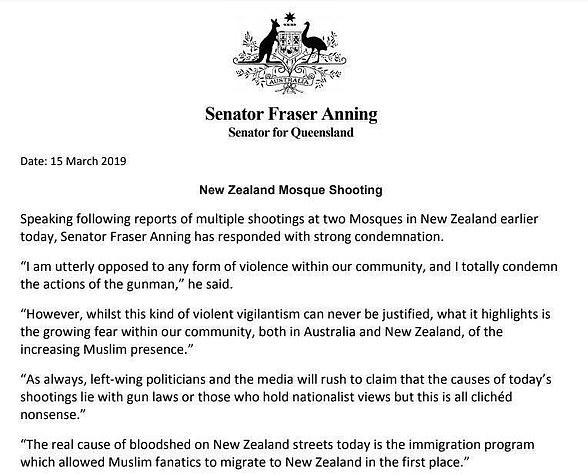 ‘The real cause of bloodshed on New Zealand streets today is the immigration program which allowed Muslim fanatics to migrate to New Zealand in the first place.

‘Let us be clear, while Muslims may have been the victims today, usually they are the perpetrators. World-wide, Muslims are killing people in the name of their faith on an industrial scale.

‘The entire religion of Islam is simply the violent ideology of a sixth century despot masquerading as a religious leader, which justifies endless war against anyone who opposes it and calls for the murder of unbelievers and apostates.

‘The truth is that Islam is not like any other faith. It is the religious equivalent of fascism. And just because the followers of this savage belief were not the killers in this instance, does not make them blameless.

‘As we read in Matthew 26:52, ‘all they that take the sword, shall perish by the sword’ and those who follow a violent religion that calls on them to murder us, cannot be too surprised when someone takes them at their word and responds in kind,’ Senator Anning concluded.

Annings is right. All those who smear him are in the camp or our enemies.

2 thoughts on “Milo banned, Fraser Anning (not yet) charged with defending himself”