The establishment fears Tommy Robinson & seeks to destroy him. Former EDL founder Tommy Robinson will face fresh contempt of court proceedings after he allegedly endangered the trial of an Asian grooming gang.

Robinson was jailed in May last year after he was accused of potentially prejudicing a court case by broadcasting on social media outside Leeds Crown Court.

But his conviction was quashed and he was freed from prison three months later, in August 2018, when appeal judges found the case against him was hastily put together.

The appeal judges ruled his case should be retried, but that was delayed after another judge asked the government’s top lawyer, Attorney General Geoffrey Cox QC, to reexamine it.

The Attorney General today found it is in the public interest to bring the case back before a court. 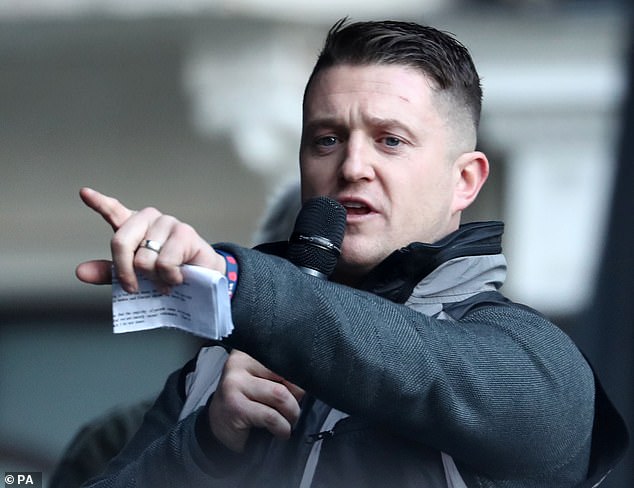 The Attorney General said today: ‘After carefully considering the details of this case, I have concluded there are strong grounds to bring fresh contempt of court proceedings against Stephen Yaxley-Lennon (AKA Tommy Robinson).

‘As proceedings are now underway, it would not be appropriate to comment further and I remind everyone that it is an offence to comment on live court cases.’

Robinson was arrested in May last year outside one of a series of trials of a grooming gang who molested 15 victims, some as young as 11, in Huddersfield.

At the time, reporting of the trial was restricted, over fears juries in separate cases of the gang could be unfairly influenced by hearing claims not used in evidence.

Full reporting of the case was however allowed in October last year, when 20 members of the gang were jailed for a total of more than 220 years.

The Robinson footage, said to have lasted around an hour, was reportedly watched 250,000 times within hours of being posted on Facebook.

Robinson was arrested after filming outside a trial in Leeds. At the time, restrictions were in place to prevent juries being prejudiced and the cases collapsing. He denies contempt

The footage at the centre of the current case was filmed during the trial of four men linked to the groom gang, who were later convicted of gang-raping a teenage girl.

Reacting to the decision to renew proceedings today, Robinson bemoaned continued delays and insisted he is ‘innocent’.

‘How is this in the public interest? This is ongoing state persecution of a journalist who exposes the Government, the establishment and all of their wrongs.’

He added: ‘I, along with the support of the British public, will contest this. I am innocent. I broke no law.’ 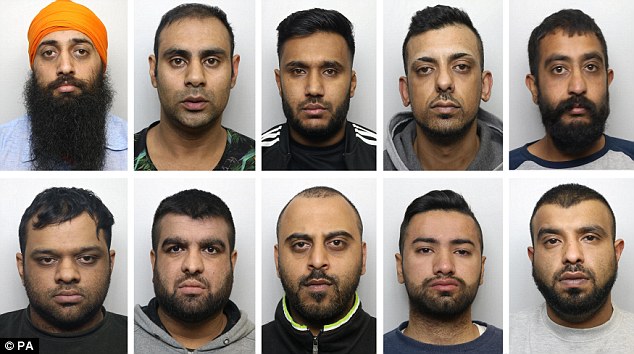 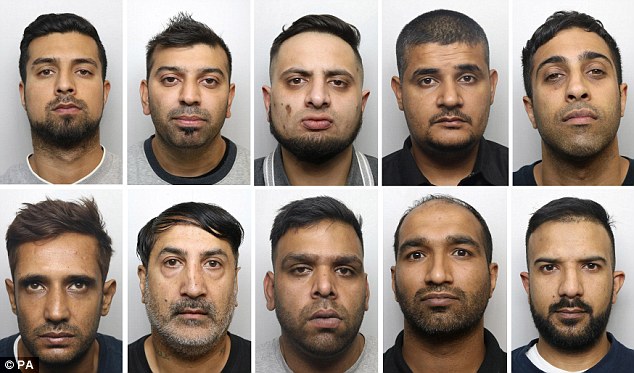