Hijabs are not religious symbols but rather political weapons:

“The fact is that while the Sikh turban, Jewish yarmulkes and the Catholic crucifix are definitely religious symbols, the hijab is not. Rather it is a political symbol that until the late 1970s was unheard of in Pakistan, India, Indonesia, Bangladesh, Turkey, Somalia and Nigeria. It was the uniform of the Muslim Brotherhood in the Arab world,” writes Tarek Fatah, who supports the proposed ban in Quebec.

The recent outrage surrounding Fox News host Jeanine Pirro’s remarks concerning the hijab is a reflection of the abysmal degree to which common sense is under assault in America.
Full article below the fold. 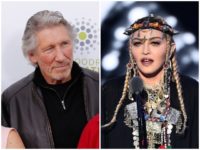 The recent outrage surrounding Fox News host Jeanine Pirro’s remarks concerning the hijab is a reflection of the abysmal degree to which common sense is under assault in America.

This is not who your party is. Your party is not anti-Israel. She is. Think about this, she’s not getting this anti-Israel sentiment doctrine from the Democratic Party, so if it’s not rooted in the party, where is she getting it from? Think about it. Omar wears a hijab which according to the Quran 33:59 tells women to cover so they won’t get molested. Is her adherence to this Islamic doctrine indicative of her adherence to Sharia law, which in itself is antithetical to the United States Constitution? [emphasis added.]

Common sense dictates that this is a fair question. If Muslims meticulously follow the minor, “outer” things of Islam, including dress codes, logically speaking, does that not indicate that they likely also follow, or at the very least accept as legitimate, the major, “inner” themes of Islam—such as enmity for and deceit of the infidel, and (when capable) jihad?

Tawfik Hamid, a former aspiring terrorist, accurately observes that “the proliferation of the hijab is strongly correlated with increased terrorism…. Terrorism became much more frequent in such societies as Indonesia, Egypt, Algeria, and the U.K. after the hijab became prevalent among Muslim women living in those communities.”

The reason for this correlation is clear: Islamic Sharia commands jihad (“terrorism”) against unbelievers no less than it commands Muslim women to don the hijab. Where one proliferates—evincing a societal adherence to Sharia—so too will the other naturally follow.

In this regard, consider the findings of an important 2011 Arabic language article titled (in translation), “The Truth about the Moderate Muslim as Seen by the West and its Muslim Followers.” Its author, Dr. Ahmed Ibrahim Khadr, writes:

Khadr goes on to list all the many things true (“radical”) Muslims accept—including enmity for and jihad against non-Muslims, the execution of apostates and blasphemers, and men’s dominance over women. Among his findings is this sentence: “Radicals embrace the wearing of hijabs and niqabs; moderates reject it.”

At any rate, the correlation between outer signs of piety and inner radicalization is not limited to the hijab. Consider the Muslim beard, which is the defining physical characteristic of observant Muslim men no less than the veil is for observant Muslim women. Because Muhammad wanted his male followers to look different from Christians and Jews, he ordered them to “trim closely the mustache and grow the beard.” At the same time, wherever one looks, Muslim men with mustache-less beards—such as ISIS members—are involved in “radical” activities.

In 2011, many popular Egyptian clerics (most deemed “radical” by Western standards) called on all men in Egypt to show their obedience to Islam by growing their beards. Amr Adib, a secularized Egyptian personality mocked this call on his television show: “This is a great endeavor! After all, a man with a beard can never be a thug, can never rape a woman in the street, can never set a church on fire … and can never be dishonest!”

His sarcastic point, not missed on his viewers, was that it is precisely those Muslims who slavishly follow the outer minutia of Islam who are most prone to following the more “radical” teachings, such as raping unveiled/infidel women, burning churches, and engaging in subversive tactics against the state. Toward the end of the program, Adib spoke more seriously, saying this issue is not about growing a beard, but rather, “once you grow your beard, you give proof of your commitment and fealty to everything in Islam.”

Similarly, one can say that, once you don the hijab, “you give proof of your commitment and fealty to everything in Islam.”

This is evident in that the reverse is also true: stripping off the hijab is one of the chief ways that nominal Muslim women living under Islamic rule celebrate their break from or defiance against Sharia. Recall for instance the many Iranian women who during protests against the Islamist regime publicly stripped off their veils. As Maryam Rajavi, the president-elect of the National Council of Resistance of Iran, once explained that “the reason for the hijab is not based on safeguarding chastity or protecting the family, but rather, like all of its suppressive laws, it’s just another method to keep the Iranian people in line” with Sharia.

That “the reason for the hijab is not based on safeguarding chastity” and more about demonstrating conformity to Sharia can also be seen in the sex jihadphenomenon: the first thing young Muslim women did before traveling to Syria to provide lonely and disaffected Islamic State fighters with “comfort” was to don the hijab: both deeds—dressing “modestly” but also effectively engaging in prostitution—were not seen as contradictory but rather proof that they were good Muslim women following the rules of Islam and making sacrifices to empower it.

Does all this mean that a woman who wears a hijab is a clandestine ISIS member committed to the fall of America?  Of course not. It simply means that, connecting the dots between outer and inner forms of Muslim piety, and raising it as a question, as Pirro did, is as commonsensical and prudent as complaining about it is not.