The migrant “rescue” ship Sea Eye has been denied permission to land in both Malta and Italy. Italian Interior Minister Matteo Salvini said the ship, which is carrying 64 culture-enrichers, should land in Germany, perhaps in Hamburg.

Quote from the letter to Merkel: “All of these people have sought protection and a dignified future for themselves and their families.”

Previously they protected themselves with much dignity by throwing Christians overboard from their little dinghy, causing them to drown in the sea. Pro-mass migration NGOs “shocked” at EU policies aimed at deterring illegal immigration have turned to Angela Merkel with a plea to open the bloc’s borders.

In an open letter released Wednesday, activists urged the German chancellor to force EU nations to adopt a three-point “emergency plan”, which would involve assisting third world migrants to reach Europe and then sharing them out across member states.

In it, the more than 250 NGOs who signed the appeal accuse EU leaders of “approving the deaths of thousands of people” with current policies aimed at deterring migrants from paying human trafficking gangs to ship them to Europe. 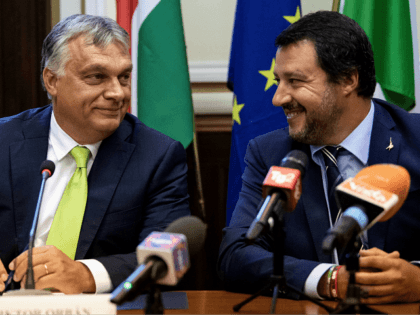 Because their children will murder our children.

Senator Cory Bernardi says the children of Australia’s most notorious terrorist should never be allowed to return home.

The three orphaned children of ISIS fighter Khaled Sharrouf are begging to be let back in the country.

Hoda Sharrouf, 16, says she’s worried about the health of her pregnant 17-year-old sister, and wants her eight-year-old brother to live a normal life.

Prime Minister Scott Morrison says he’s willing to let them come home but won’t put any Australian lives at risk to do so.

But Cory Bernardi says he’s made the wrong call.

“Why we would want them back in this country beggars belief.

“Where were these young people demanding to come back to Australia when their father was alive and Islamic State was in charge?

“These people are only fleeing because Islamic State has failed.”

They say they weren’t involved in any ISIS activities so we should just believe them and let them back in. These rapists, murderer’s and pedophiles said they didn’t engage in any of the heinous crimes they committed.

They don’t deserve the benefit of the doubt.   As soon as Morrison said under NO circumstances will they be let back into Australia well we all knew then that he was going to change his mind. The bloke is an open book and a soft cover one at that. But they are all tarred with the same brush.

“Every dead person at sea or in the desert, or because they suffered violence in detention, is an offense against humanity,” Cardinal Gualtiero Bassetti of Perugia told reporters Thursday.

“Migrants must be rescued and saved, not pushed away or blocked in unsafe third countries,” said Bassetti, the president of the Italian Bishops’ Conference (CEI). “The influx has diminished, but who will take responsibility for those who died at sea? Sending them back to detention centers in Libya can also be a death sentence.”

In point of fact, however, migrant sea deaths have plummeted following Italy’s crackdown on illegal immigration.

There was no solution under the former Matteo Renzi government, the newspaper noted, since Mr. Renzi insisted he could do nothing without European Union (EU) approval and then wrung his hands when the EU did nothing to resolve the problem.

“The proof is that after years of useless chatter the departures and arrivals have diminished, indeed almost ceased,” the newspaper declared. “And with falling departures and arrivals, the deaths have also declined. Yes, the statistics say that despite alarms raised by NGOs, as the number of refugees who board a vessel is reduced, deaths have also been reduced. In spite of all the goodniks who said the opposite.”

In its most recent report on migrant deaths and disappearances in the Mediterranean Sea, the United Nations immigration office (UNHCR) found that migrant sea deaths in 2019 were less than half (207) those recorded in 2018 during the same period (433).

Prior to assuming office, Mr. Salvini repeatedly accused NGO vessels of providing an illegal shuttle service for African migrants to Italy and on more than one occasion denounced the NGOs for accepting financing from billionaire George Soros as part of his efforts to promote migration into Europe.

The highest-ranking African prelate in the Catholic Church, Guinean Cardinal Robert Sarah, who heads up the Vatican’s liturgical department, recently implored his fellow bishops to review their positions on immigration in the light of the real results of their proposals.

Cardinal Sarah’s thinking on immigration is diametrically opposed to that of the Italian bishops’ conference, and he said in past days that using the Bible to promote migration constitutes “false exegesis,” adding that it is better “to help people flourish in their culture than to encourage them to come to Europe.”

In an interview last week, the cardinal condemned the Church’s push for migration into Europe in the strongest terms, insisting that most immigrants wind up “without work or dignity” and assume the condition of slaves.

“Is that what the Church wants?” he asked, adding that the Church should not support “this new form of slavery that is mass migration.”

Cardinal Sarah has recently published a new book titled Evening Draws Near and the Day is Nearly Over (from Luke 24:29), in which he laments the “collapse of the West,” as well as the “migratory processes” that threaten Europe’s identity.

The cardinal also offered his support for nationalist movements in Europe that wish to recover their sovereignty from Brussels.

“When I visited Poland, a country often criticized, I encouraged the faithful to affirm their identity as they have done for centuries,” the cardinal said. “My message was simple: you are first and foremost Poles and Catholics and only afterward Europeans. You must not sacrifice these first two identities on the altar of a technocratic Europe that recognizes no homeland.”

“This contemporary desire to globalize the world, ridding it of nations with their distinctive characteristics is sheer madness,” he said.