Britons voted for independence from the overbearing European Union, so why is Britain still not free? Pat Condell brings us up to date on Brexit:

“A parliament of political maggots, feeding on the carcass of British democracy.” Reminds me of Congress leaving the border open so that the USA can be colonized and absorbed by the Third World.

Biden a lackey of China?

The last thing Sri Lanka needs is more Mohammedans brainwashed in the madrassas of Pakistan.

Jihad is permanent & relentless, which Mohammedans are always at war. Suicide bombings are part of it.  Nothing “controversial” about it.

Islamic preacher Zakir Naik said that suicide bombings are permitted in Islam if it used as a tactic in war.

In our interview, Lauren Southern discusses her upcoming film “Borderless” and the human smuggling she discovered. Plus, Bernie Sanders advocates for prisoners voting, and why treating all races equally is, apparently, racist. 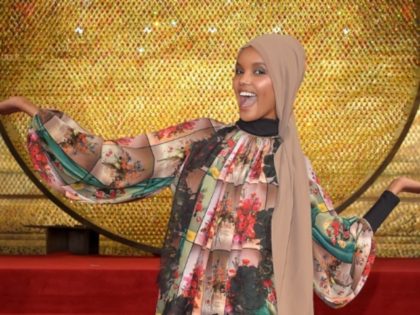 Could be worse. Imagine it was Lena Dunham in a bikini!

18 years after 9/11 and this is where we’re at. Unfuckingbelievable.

Not even in the gender studies faculty lounge could you find more belligerently mindless moonbattery than in the sports media. As we have seen, Sports Illustrated is a case in point. Now SI plunges into self-parody by featuring an African swimsuit model in a burkini. Honesty, this is not a joke:

The upcoming issue, on sale May 8, features Somali-American supermodel Halima Aden, 21, in a burkini, which is a full-body swimsuit worn by some Muslim women.

Aden, who was born in Kakuma, a refugee camp in Kenya, before moving to the U.S. in 2004, is not only the first model to wear a burkini in the annual swimsuit issue but is also the first hijab-wearing model.

By a remarkable coincidence, rabidly anti-American congresscritter Ilhan Omar came to America from Somali via a refugee camp in Kenya. She is a rising star out there on the leftist lunatic fringe.

Halima gushingly reports on the photo shoot, which politically correctly took place in Kenya, ancestral homeland of the Moonbat Messiah himself:

“We definitely had a lot of moments where everybody was, like, breaking down crying because it’s a huge moment,” she told “GMA.” “Oh my gosh, like, just thinking about it. It’s just so monumental.”

Stay tuned to see who will be the historic first Somali to pose in a burkini for the Sports Illustrated swimsuit issue who is actually a male transsexual. Tears of joy will flow again.

5 thoughts on “Pat Condell on the New Battle of Britain”