There are people who would love to see this stuff banned on the internet. They are doing us a great disservice. Savages like this one should be allowed to spread their demented message far & wide. 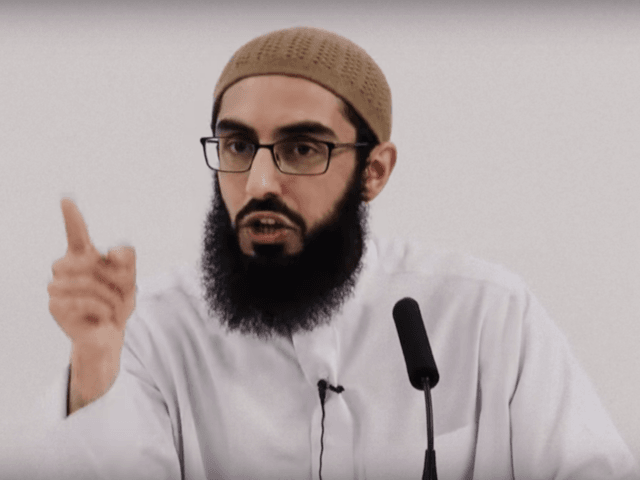 An Imam has told his congregation in Wales that war is approaching and Islam allows them to take women as slaves and rape them.

Ali Hammuda is an Imam at Cardiff’s Al-Manar Mosque, where three Islamic State (IS) fighters worshipped before travelling to Syria. They were known as the “Cardiff jihadis” before one was killed in an RAF drone strike as he was thought to be plotting attacks in the UK.

Before the strike, Reyaad Khan and Nasser Muthana, then both 20, appeared in an IS recruiting video in 2014 where they bragged about executing prisoners. Muthana’s younger brother Aseel, then aged 17, joined them in Syria.

Rizwan Syed, an undercover reporter working for the Daily Mail, made the recordings. He recalled his time in the radical Cardiff mosque:

“It reinforces the idea that what these militant groups are doing, what IS is doing, is legitimised by history.”

He also stated that another interpretation of the Hadith is that children will come to treat their mothers like slaves.

More than 5,000 non-Muslim Yazidi women and girls were abducted by Islamic State in 2014. Many have been trafficked and traded on slave markets.

Surat An-Nisa, verse 24 of the Koran, reads: “And whoever among you cannot [find] the means to marry free, believing women, then [he may marry] from those whom your right hands possess of believing slave girls.”