Guardian and Bellingcat investigation shows at least 33 Islamic sites were partly or completely destroyed since 2016. 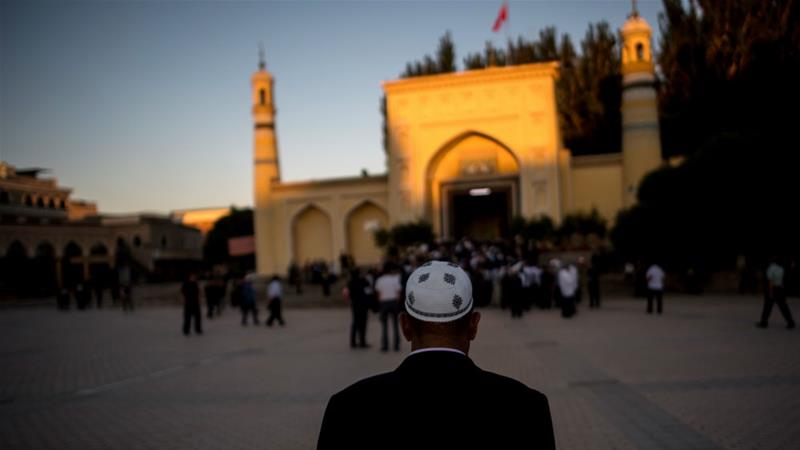 At least 31 mosques and two major Islamic shrines in China‘s Xinjiang have been partly or completely demolished since 2016, according to a new report, as Beijing steps up a clampdown targeting Muslims in the northwestern region.

An investigation by the Guardian and Bellingcat, published on Tuesday and based on analysis of satellite imagery, said 15 of the mosques and both shrines appear “to have been completely or almost completely razed”.

The rest of the structures had guesthouses, domes and minarets removed, according to the United Kingdom-based newspaper and the investigative website.

“The demolition of mosques is but the tip of the iceberg when it comes to China’s brutal crackdown on the 12 million Uighur Muslims who live in Xinjiang,” said CJ Werleman, a journalist and author who has collected testimonies from dozens of Uighur refugees.

Credible and corroborated reports and testimony point to evidence authorities are deploying the whole gamut of repressive measures to carry out what can only be described as cultural genocide, including the establishment of a network of concentration camps; accounts of torture, forced marriage, and adoption and sterilisation programmes,” he told Al Jazeera.

Among the sites completely destroyed was the Imam Asim shrine, which used to attract thousands of Uighur pilgrims each year.

Its mosque and other buildings have been torn down and only the tomb remained, the Guardian reported.

Rian Thum, a historian of Islam at the University of Nottingham, called the images of Imam Asim in ruins as “quite shocking”.

“Nothing could say more clearly to the Uighurs that the Chinese state wants to uproot their culture and break their connection to the land than the desecration of their ancestors’ graves, the sacred shrines that are the landmarks of Uighur history,” Thum told the Guardian.

The United Nations human rights panel said last year it has received credible reports that China is holding more than one million ethnic Uighurs and other Muslims in “mass internment camps”.

Activists say practising Islam is forbidden in some parts of China, with individuals caught praying, fasting, growing a beard or wearing a hijab, a headscarf worn by many Muslim women who feel it is part of their religion, facing the threat of arrest.

According to the Human Rights Watch, Beijing keeps a database of “DNA samples, fingerprints, iris scans and blood types of all residents between the age of 12 and 16” in Xinjiang.

Meanwhile, in January, Beijing passed a new law that seeks to “Sinicize” Islam.

The United States government has weighed sanctions against senior Chinese officials in Xinjiang, a vast region bordering central Asia that is home to millions of Uighurs and other Muslim minority people.

China has warned that it would retaliate “in proportion” against any US sanctions.

Michel Bachelet, the UN human rights chief, has asked for access to Xinjiang to investigate the claims of enforced disappearances and arbitrary detentions in the region.

One thought on “China does what must be done”