Definition of “online extremism” = all opposition to the Islamic expansion project must be verboten.

‘Algorythm’ = censorship and shadowbanning conservative opinions from the internet.

Many world leaders are in Paris to attend the Christchurch Call to Action tackling "online extremism".
Where world leaders & social media companies will meet to take action against what they THINK is "Hate" online

THEY WANT TO FURTHER TAKE AWAY OUR FREE SPEECH & FREE THOUGHT pic.twitter.com/7t53XZoJBm 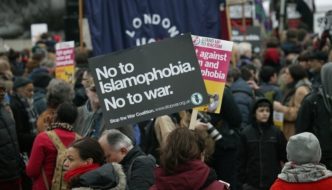 UK U-Turn: Government rejects working definition of “Islamophobia” because it would “restrict legitimate criticism of islam”

The blog Creeping Sharia, which documented what it describes as “the slow, deliberate, and methodical advance of Islamic law” was taken offline by WordPress earlier this week. Visitors navigating to the long-running blog are now met with the message “creepingsharia.wordpress.com is no longer available.”

“This blog has been archived or suspended in accordance with our Terms of Service,” explains the message.

On its official Twitter account, Creeping Sharia claimed that WordPress.com’s decision to suspend service followed a warning from the hosting platform that one of its posts violated Pakistani blasphemy law. Creeping Sharia says it received a similar warning from Twitter after tweeting a link to the piece.

A few weeks ago Twitter Legal notified us that this tweet violated Pakistan’s (sharia) laws. @WordPress notified us too…then they took our site down permanently. https://twitter.com/creepingsharia/status/950069682081533954 … @michellemalkin #SiliconValleySharia 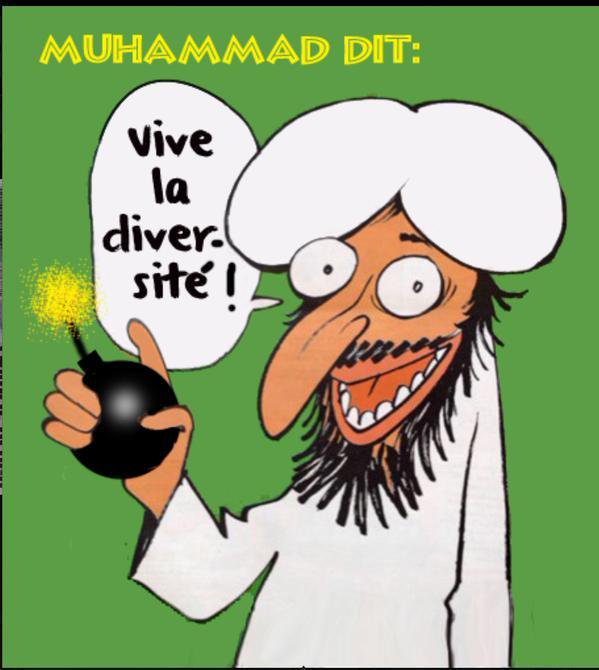 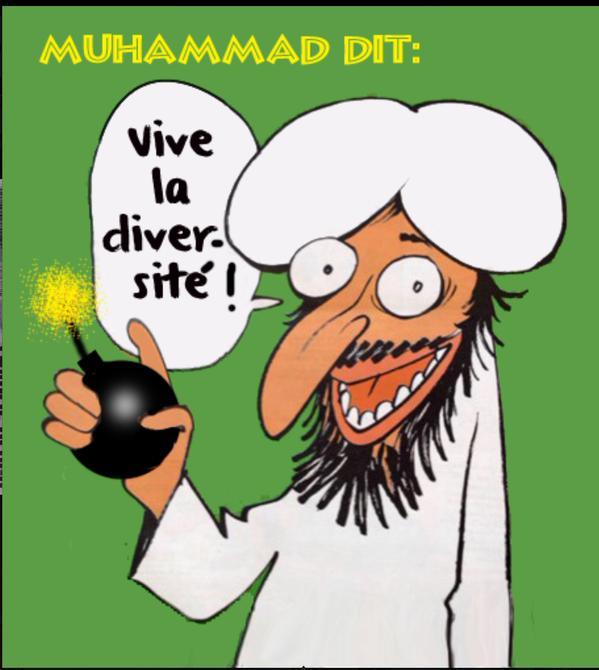 141 people are talking about this

Unlike the major social media platforms, which often use the excuse of “hate speech” to ban critics of Islam, WordPress.com does not appear to have a clearly-defined “hate speech” policy. Instead, its user guidelines specifically state that it will not remove “hyperbolic or generally offensive language.”

Do not publish realistic calls to violence. By that we mean that you cannot post content which threatens, incites, or promotes violence, physical harm, or death. This includes threats targeting individuals or groups, as well as other indiscriminate acts of violence. This restriction does not mean that we will remove hyperbolic or generally offensive language. [emphasis ours]

Elsewhere in its terms of service, WordPress.com states that “we do not have any control over those websites and are not responsible for their contents or their use.”

Unlike the WordPress open source code, which allows anyone to host a WordPress blog on their own personal website, WordPress.com is a centralized hosting platform run by the company Automattic Inc. that has the ability to ban blogs hosted on its platform.

Breitbart News has reached out to Automattic Inc. for comment.

Even adversaries of the US president should admit that he is the only one who has stood up to the disturbing anti-free speech proposal concocted by illiberal globalist world leaders and compliant tech companies.

Ironically, by becoming the sole leader of a major Western power to reject the ‘Christchurch Call’ – the cross-border plan to restrict “terrorist and extremist” content online – Donald Trump has consolidated support for the document, sparing it deserved scrutiny.

After all, who doesn’t want to stop violence being spread through social media, particularly in the wake of the double mosque shooting in New Zealand in March? Well – judging by the commentary in mainstream media outlets – only that exceptionalist US president, and that band of white supremacists on whom he is relying to win in 2020.

But I would urge those of all political persuasions to study the text of the document, presented by New Zealand Prime Minister Jacinda Ardern and Emmanuel Macron in Paris this week, and endorsed by every major US online giant – Google, Facebook, Amazon, Microsoft and Twitter.

Are these really the powers you want to give away to officials and Silicon Valley execs? Or should we at least ask some clarifying questions first?

Here are some notable and representative excerpts:

This is the first bullet point, and we are already onto loaded political terminology rife with assumptions. Why must societies become more “inclusive” – a byword for multiculturalism – to stop terrorism? Why is the “fight against inequality” – a predominantly leftist agenda – a pre-condition for preventing it? Osama bin Laden wasn’t a pauper, and neither was gym trainer Brenton Tarrant for that matter.

More important are the treacherously vague definitions that almost invite abuse. Who decides what is a “distorted narrative”? How do you “build media literacy” – is it, as always, by using NewsGuard to tell people not to click on RT.com instead of the New York Times? What is even “violent extremist ideology”? Support for mass murder in mosques is. But what about those who want mosques shut down because they believe Islam is a scourge on Western society? Or those who ride out in militias to protect the US-Mexican border from illegal migrants? Are they advocating a “violent extremist ideology”? How about Black Lives Matter – they often engage in violence, and demand radical social change? Antifa? The Venezuelan opposition, who plan to overthrow their elected president and want the army to defect?

I’ve written at length about the fallout from the New Zealand-only censorship of Tarrant’s trial, but the core point here is: why should governments tell the free media – through these nebulous “industry standards” – how to cover what politicians say is “extremist content”? Or anything at all.

What is “amplify”? Where does the line lie between “not amplifying” and hushing up? What is “responsible coverage”?

Accelerate research into and development of technical solutions to prevent the upload of and to detect and immediately remove terrorist and violent extremist content online, and share these solutions through open channels, drawing on expertise from academia, researchers, and civil society.

So rather than a post-moderation internet, the document wants us to move to pre-moderation – if Facebook doesn’t like your video you simply will never ever be able to put it online, and considering that the networks plan to share all data, this should automatically apply to all the others. You will be shouting silently into the void.

One is not sure that the fact algorithms are currently so imperfect is a good or a bad thing.

Using algorithms and other processes to redirect users from [extremist] content or the promotion of credible, positive alternatives or counter-narratives.

So you click, for example, for an Alex Jones link, or even a Paul Joseph Watson one – both already “dangerous”personae non-grata on most of the signatories’ websites – and instead it takes you to a “credible, positive alternative” approved by Macron or Angela Merkel or Justin Trudeau? Or perhaps, even more neatly when you search for these names – or RT, for example – none of their content will come up. Deprioritized and delisted content can never corrupt you.

I do not believe that the politicians and entrepreneurs gathered in France on Wednesday are in a conspiracy to shut down free speech or neuter their political opposition. Most of them surely believe that they are merely safeguarding the internet from – to note another loaded term – “bad actors.”

The Christchurch Call meeting, including Theresa May and Jean-Claude Juncker. ©  REUTERS/CHARLES PLATIAU
.

But they are not political neutrals either. The Christchurch Call did not come after any of the dozens of Muslim bombings that happened in the West, or at the peak of Islamic State (IS, formerly ISIS) propaganda efforts, when polished beheading videos made it online every week and were shared by millions, and freely “amplified” by the media.

The unequivocal far-right atrocity serves merely as a cynical hook for countering years of mainstream party anxiety about losing control of the narrative online, which turned into an ongoing breakdown with Hillary Clinton’s loss in 2016.

While reactive, the Christchurch Call isn’t some brainstorm knocked up in eight weeks. This is the establishment’s unifying achievement – a non-binding agreement that will nonetheless serve as a blueprint for future international regulation. If adopted, for most living in the West, there would be no escape.

It is very possible that these new tools will be used cautiously – filtering out only the guns and splatter. But with definitions of hate speech and what is considered extremist being systematically broadened, over time – years? months? – there will be appeals to use these technologies to suppress more and more voices.

And judging by the previous record of the social networks involved, the losers will be the “Islamophobes” and the “transphobes” and the “Russian trolls” – real or imagined – and not the radical feminists calling for all men to be castrated, nor Antifa protesters in balaclavas filming themselves disrupting a campus speech.

While the document talks about the need for “transparency” and “an efficient complaints and appeals process” for any censorship, it leaves both the decisions and the implementation to the tech companies themselves. “Enforcing community standards or terms of service” will still be king – so if a Twitter mod wants to close your account it will be his call and enshrined right.

This is also bound to have a chilling effect on contributors who know that one over-the-line video will exile them from all the biggest internet forums, and deprive them of their income streams.

Less clear is whether pushing the marginalized into the darker corners of the internet actually helps to prevent the flourishing of extremism, or will create a parallel underground network that will be far more radicalized. Imagine a bigger and more toxic 4chan for all the rejects, if you can.

ALSO ON RT.COM‘Christchurch Call’ is a blueprint for more online censorship — and Zuckerberg is a big fan

What is certain is that any filtering, reporting and pre-moderation technologies developed as a result of the Christchurch Call will be adopted with enthusiasm by genuinely repressive regimes, and likely deployed by the California giants themselves at the request of such governments, who will cite their own anti-extremism legislation.

By abstaining from the document, the US now has a chance not only of protecting its own population, but of sabotaging the entire Christchurch Call project. All the companies involved are still operating primarily under US jurisdiction so they will be shielded from these initiatives. Indeed, if they decide to impose these measures over the will of American citizens, they leave themselves open to First Amendment-based government regulation, and what may eventually become costly lawsuits.

So, there remains one opportunity here to drop the partisan politics, and rally behind the White House decision for the sake of free speech – if you believe in it. By not making it a Donald Trump versus the World issue, there is a chance to help not only Americans but the cause of freedom around the globe.

Igor Ogorodnev is a Russian-British journalist, who has worked at RT since 2007 as a correspondent, editor and writer.

3 thoughts on “Donald Trump may have just saved free speech”