The ruling class is totally deceitful. Fearing a “populist” uprising, they do everything to suppress the truth by putting lipstick on a pig. It no longer works. The truth will out.

This is exactly what they did after the Charlie Hebdo jihad slaughter. Je Suis Charlie was a government initiative. The “march of unity” was staged by the French government with crowds of people, many with banners bearing the unifying slogan “Je Suis Charlie,” gathered near the Place de la Republique. Pushing hashtags and “unity” to divert attention away from the ideology and its adherents.  ‘Politicians’ statements, vigils and inter-faith events are negotiated and planned in readiness for any terrorist attack.’

Make no mistake: they do that everywhere in Europe. They really hate to see a patriot uprising.

The Netherlands’ minister for migration, Mark Harbers, resigned Tuesday (21 May) after a parliamentary outcry over elided data on crimes committed by asylum-seekers, in a bad blow to the government just ahead of European elections.

Anne Marie Waters has been banned from Twitter, no doubt because she is a vocal critic of Islam as an ideology, sharia law and a particular demographic of the Muslim population.

Such views are incompatible with far-left apologists, and as a result, they have campaigned with all their might to get her removed. 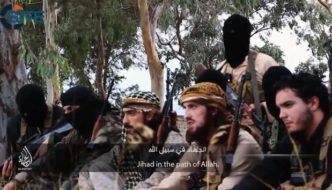 Just don’t mention the blood in the streets, kuffar! 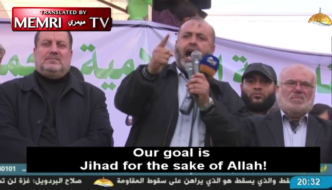 “Shout, ‘Allahu Akbar,’ because this strikes fear in the hearts of the non-believers. Allah said: ‘Strike above the neck, and strike at all of their extremities.”

France: Over 250 Convicted Islamic Terrorists Set for Prison Release by 2022

French justice minister Nicole Belloubet has announced details of a new national anti-terrorist office to deal with threats including 254 convicted Islamic terrorists set for release from various prisons by 2022.